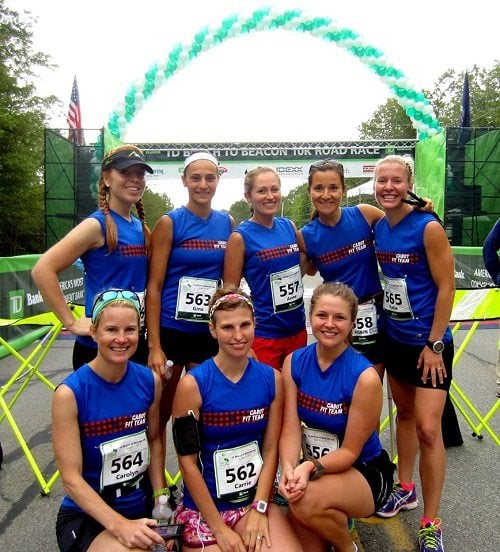 Race day dawned cool and overcast, a dream come true for this cold weather runner.  My fellow CabotFit team members will attest, I was virtually begging the universe for some precipitation in the days leading up to the race.  While everyone else hoped for clear skies, I eyed the clouds and sent up silent, and sometimes not-so-silent, prayers that they’d stick around.  I knew it was my only shot at having a comfortable race.  I am so heat-averse, I would prefer run in an all out downpour, slip-sliding my way across the finish line.  When the drops actually started to come down at about Mile 5, I believe I might have cheered aloud.  Apparently this was the first time in the 16 year history of the Beach to Beacon race that rain has fallen on anyone crossing the finish line.  I made that happen.  It was sheer force of will, I am convinced! 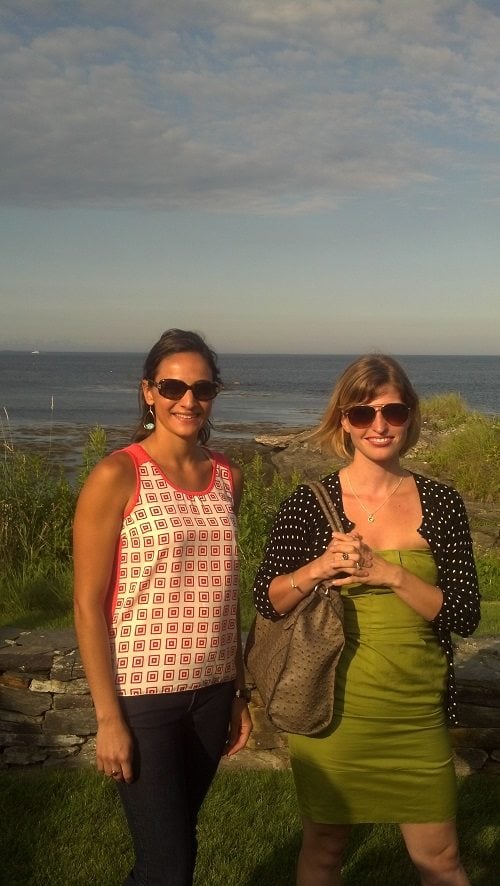 My whole long weekend with the Cabot team was a joy, from start to finish.  What a true pleasure to be part of such a fun group of bloggers, all of whom love running as much as I do.  We fell in like old friends from the start, and we were hosted and toasted in style. Darling Candace Karu, whose love of cheese is almost as great as my own (almost, Candace, almost!), took us all under her wing and made a special place for us in all the festivities surrounding the race.  We were part of an intimate cocktail reception for all the race organizers, including the amazing (and tiny!) Joan Benoit Samuelson.  We were also given prime seats at a press conference for all of the invited athletes, a veritable who’s who of running elites. 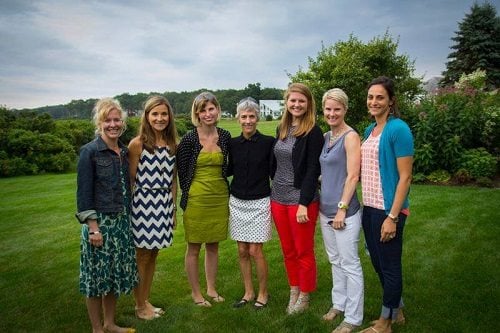 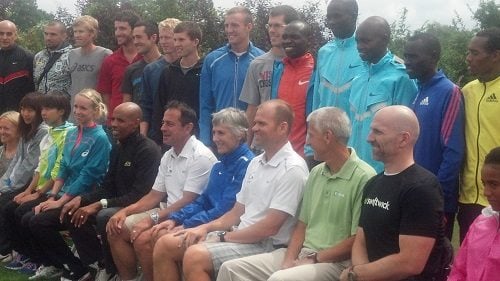 Our sweet ride for the weekend. We got lots of attention!

After that, it was off to the Ridley family farm, to meet some of the cows that contribute to the Cabot Creamery Cooperative.  They weren’t all that impressed with us runners, preferring to chew their cud and stare balefully off into the distance.  There were some young goats that seemed to like us, though, and tried to clamber through a window to get our attention.  Two of our hosts, Becky and Leah, were also joining us as part of the CabotFit Team.  And then we had a quiet but lovely dinner back at Candace’s, where she cooked up a storm.  She’s a foodie at heart, that one. 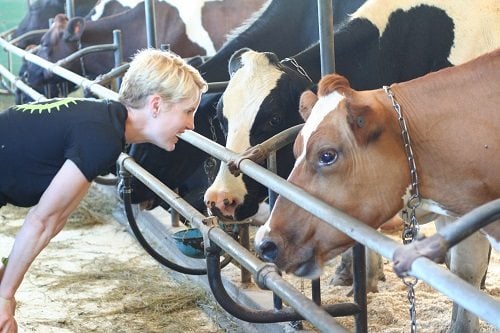 Communing with the cows 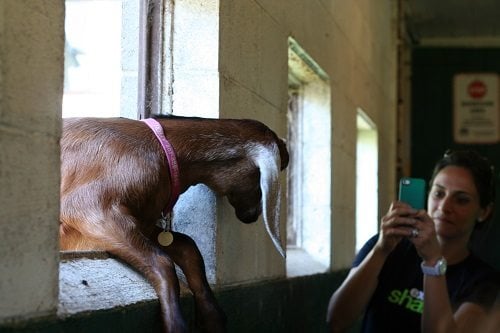 And then the race on Saturday morning, in which I fared much better than I had anticipated.  The cool weather helped a great deal.  And the course, which I was lead to believe was very hilly, was much easier than I thought.  But there’s also just something magical that happens in races that just doesn’t happen on regular runs.  I’d forgotten about this, because it’s been over a year since I ran a road race.  But something just clicks, and I start going faster and harder than I ever would on my own.  It’s the other runners and the spectators and the adrenaline rush that comes with it, and I feel a little like I am flying.  It’s an amazing feeling, one that gives me great joy.  So I want to take a  moment to thank all of the CabotFit team members (Katie, Carrie, Kristina, Robin, Gina, Anne and Monica) and the Cabot supporting crew (Sarah, Chris, Caisil, and Regan), for giving that back to me.  I didn’t even know I was missing it. 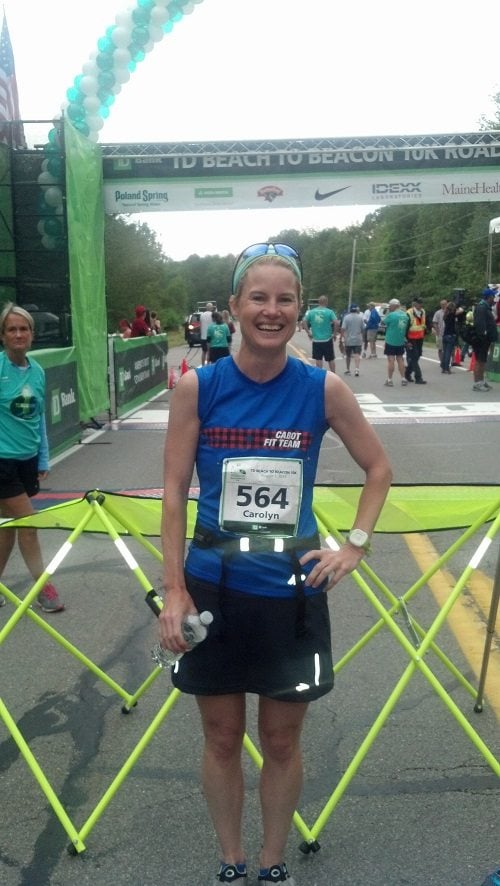 At the starting line 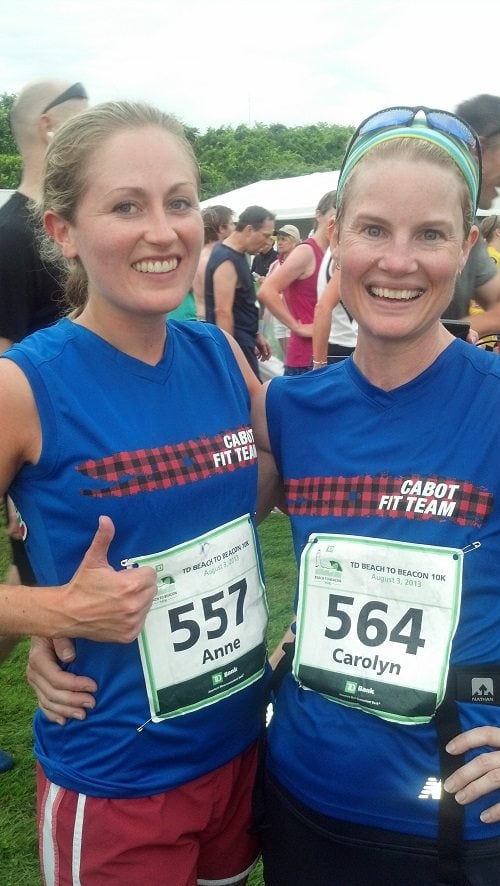 Apparently I am REALLY happy the race is over! With Anne Mauney.

As for my results, well it still wasn’t a PR.  I didn’t go into this race for a personal record, so I held myself back a bit, just wanting to enjoy the sensation of racing.  I had a moment of regret when I finished, seeing that my time was less than 90 seconds off my PR for a 10k, that I didn’t push that tiny bit harder. But that lasted all of a few brief moments and I realized how happy I was with my performance as it was.  48:06 was my official time, a very respectable 7:44 average pace per mile.  Best of all, it reminded me that I can push harder and faster than I think I can.  My training runs will never live up to what I can do in an actual race.  I can hardly wait to sign up for my next one. 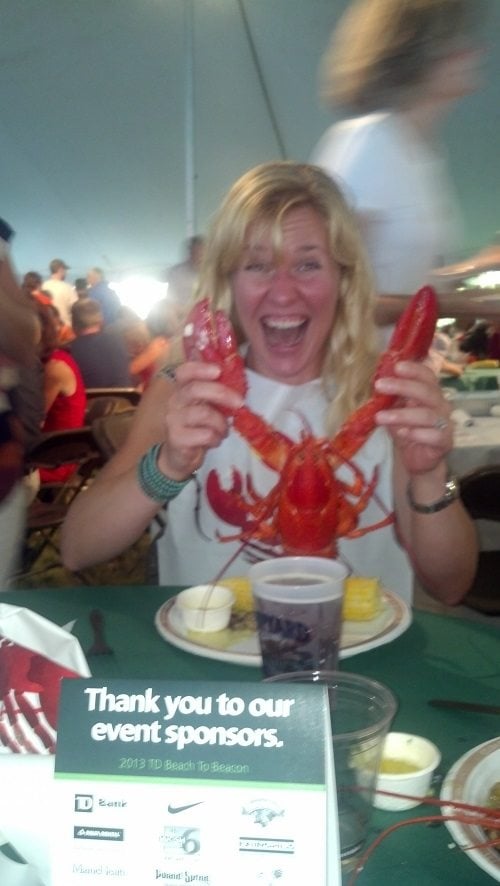 Katie is really enjoying her lobster!

We topped the weekend off with a lobster bake by the beach for all of the race sponsors.  Cabot has been a Beach to Beacon sponsor for several years, but this is the first time they put together an official team.  As part of the inaugural CabotFit Team, I think I can say it was a huge success.  I hope they do it again next year, whether or not I can take part.

Oh, and did I mention that I ate my weight in cheese over the 3 days of the trip?  If you find that your local store is running low on Cabot cheddar, you know who to blame…