The best low carb raspberry recipes the internet has to offer! Plus a little look into the wonderful world of frozen raspberries, from harvest to your freezer. 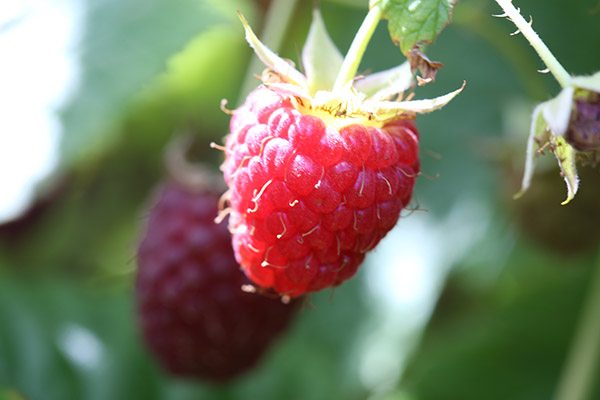 Raise your hand if you love raspberries. Okay, let’s count. One…two…three…1 million…two million…thirty million. Yep, pretty much everyone loves raspberries. I don’t think I know of single person who doesn’t love them. If there is one, they must be quite an anomaly. Because there is nothing like the sweet tartness of those juicy red berries bursting on your tongue. Nothing at all in the world quite like that.

I had a little adventure last week up to Lynden, WA, a small town outside of Bellingham that’s practically within spitting distance of the Canadian border. This adventure was courtesy of the National Processed Raspberry Council and we were truly in the heart of raspberry country. (Before that word “processed” puts you in a panic, let me assure you that in this case it refers only to the process of freezing, pureeing or juicing berries.) Lynden’s whole industry is seemingly devoted to growing raspberries, with maybe some blueberries thrown in for good measure, and rows of neatly tended raspberry canes grow as far as the eye can see. The vast majority of these berries are destined for IQF (Individually Quick Frozen) and most of the crop is frozen within a few hours of harvest to lock in maximum flavour and nutrition. We were invited to tour the process from start to finish and it was incredibly fun and informative few days. 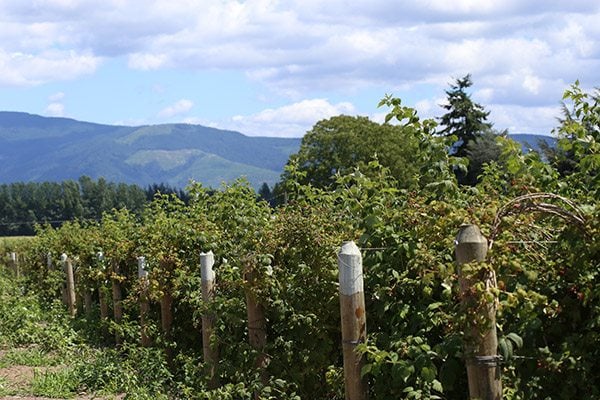 As a true lover of the raspberry, I was delighted to be asked to join this tour. When they are in season, there is nothing better than a fresh raspberry. But it’s a very short season and those berries are incredibly delicate, so frozen raspberries tend to be a lot more useful for baking and cooking. I always keep a few bags in the freezer for when raspberry inspiration strikes. 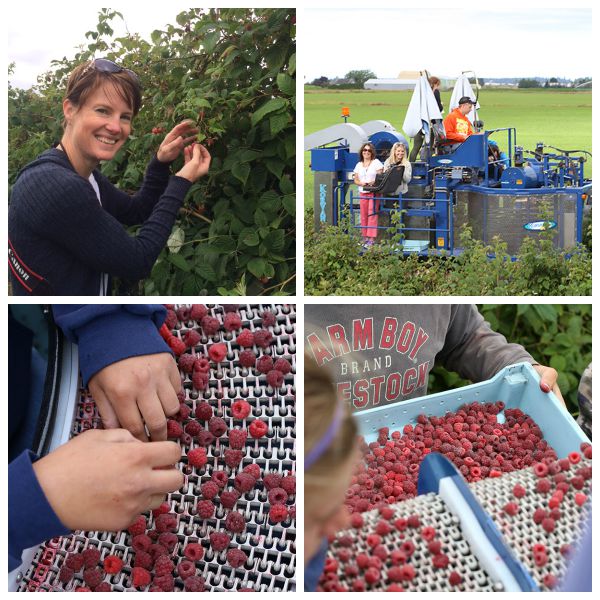 Our tour started on Markwell Farms, where we got to ride on the raspberry harvesters as they went over the neat rows of raspberry canes. The machines are gentle enough to make sure that it’s mostly mature fruit that drops off the vine, but there are a few people on hand to pick out the occasional unripe berry or twig that makes it into the batch. When all the flats on the harvester are filled, they are taken almost directly to the processing plants where they are labeled for traceability (in case of some sort of contamination). We toured the facilities at both Rader Farms and at Enfield, impressive operations adhering to strict food safety practices. Hence my lovely attire of white lab coat, hair net, and safety helmet. The berries are first cooled in large refrigeration units and then sent through to freezing. All along the way, they are picked over by employees looking for unripe berries or other bits and pieces that the machines have not managed to shake or sort out. Then they are packed in 25 lb boxes and kept frozen until they are bagged, sometimes as just raspberries and sometimes as berry mixes. Rader Farms is one of the major suppliers of the Triple Berry Mix that is so popular at Costco. 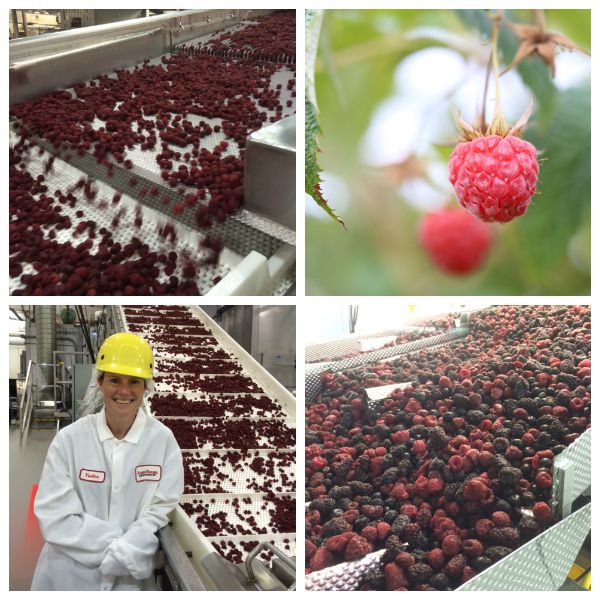 One of the highlights of the tour for me was taste-testing 19 different varieties of raspberries. They have an impressive breeding program at Enfield Farms, always trying to maximize flavour, nutrition and harvestability. We first walked up and down the rows, tasting different varietals, with Andy Enfield talking to us about how they cross pollinate the blossoms and bag them up so that no other pollen can  get in. The results of these experiments can be surprising – a perfect looking berry that tastes bitter or a small, unassuming looking berry that tastes like pure heaven. We then retired to a lawn on Enfield Farms where we officially did a blind taste test of all 19 varieties. My favourite? A smaller berry on the tart side that has surprisingly high anti-oxidants and other nutrients. They unofficially refer to this trial breed as “the healthy berry”. I always knew I had great taste! 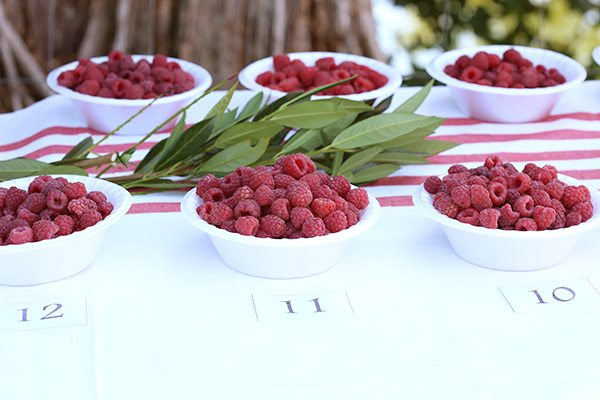 To say that I enjoyed my raspberry harvest tour is putting it mildly. It was amazing to see the flurry of activity that happens during the short raspberry season, these farms working almost around the clock to get the best of the season and freeze it at the height of ripeness so that you can enjoy them year round. And since raspberries are among the lowest carb fruits and I love them dearly, I’ve collected 25 of the best low carb raspberry recipes on the web. These all use frozen raspberries so you can make these any time of year!

Raspberry Chia Seed Jam from All Day I Dream About Food

White Almond Cake with Raspberry Filling from Cut The Wheat

Frozen Raspberry Cheesecake Bites from Health Starts in the Kitchen

Dark Chocolate Raspberry Gelato from All Day I Dream About Food

Raspberry Cheesecake Swirl Brownies from All Day I Dream About Food

Sugar-Free Raspberry Curd from Wonderfully Made and Dearly Loved

Frozen Raspberry Mousse Tart from All Day I Dream About Food

Chocolate Avocado Raspberry Smoothie from All Day I Dream About Food

Instant Raspberry Frozen Yogurt from All Day I Dream About Food

Raspberry Mousse Cake with Pistachio Sponge from End of Pain

Disclosure: I was not compensated for this post but all of my travel expenses for the raspberry harvest tour were paid by NPRC.