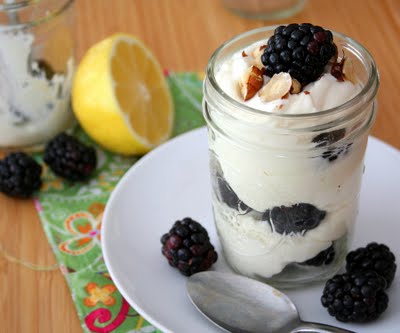 Martha Stewart…where would the foodie world be without her? I have to confess, I’ve never really paid her much mind. I don’t watch her show, I don’t subscribe to her magazine, and the only cookbooks I have of hers, from the Everyday Food series, were gifted to me by my parents-in-law. The most attention I ever paid is when she was in trouble with the law, and even then, it was only a small portion of my attention. She’s never really be on my radar, so to speak, but there is no question that she is a force to be reckoned with. I daresay she has helped shape the food and decorating world, taking simple items or ingredients and transforming them into stunning creations. She is full of great ideas, that one. And only Martha Stewart could come back the way she has after such a spectacular fall from grace.

After realizing that diabetes was here to stay, one of her recipes was the first I ever attempted to make over into a low carb treat. It was a Cranberry Upside Down Cake and it worked out quite well, considering. I’ve learned a lot about low carb baking since then, and if I were to attempt it now, it would be a different beast entirely. It would be gluten free, for one thing. And probably tastier. But still, I thank Miss Martha for giving me the inspiration. Early on, there was also another dessert of hers, a cappuccino parfait made with ricotta cheese, that I knew would be easily adapted for my new dietary restrictions. 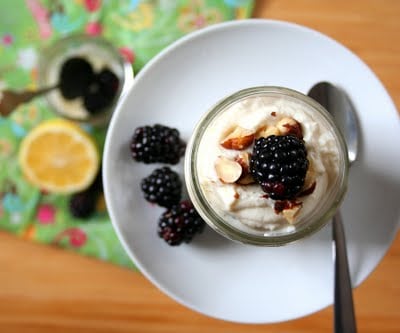 The idea of using ricotta in a parfait stayed with me long after I’d tried out the coffee-flavoured version. And as I’ve always loved lemon and ricotta together, I started to think about flavouring it with lemon juice and lemon zest. But a parfait must be layered to be a parfait, after all, so the question became what to layer it with? The cappuccino parfait had crumbled amaretti cookies, but that obviously wasn’t an option unless I made some low carb ones. And I thought that the almond flavour of the amaretti would take away from the light, refreshing lemon. I wanted something fresh and slightly tart, like berries, and it just so happened that blackberries were in season and on sale at my local grocery store. 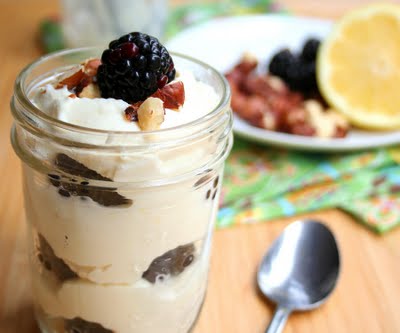 The Results: No question, a ricotta parfait makes for a light, refreshing dessert and a nice change from my usual obsession with chocolate. And it’s very quick and easy to make, too. If you use whole milk ricotta, as I did, you don’t need a lot to layer with the berries. I sprinkled a little bit of chopped toasted hazelnuts on mine, for the crunch factor, but it’s just as good without. I am not sure I should really say this is dessert, because I ate the leftovers for breakfast the next day and it was wonderful that way too. The blackberries were a perfect foil for the lemony ricotta, and I imagine that raspberries, or even mixed berries, would be just as good.

Combine ricotta, lemon juice, lemon zest, erythritol and stevia in a food processor and process until very smooth, scraping down sides of bowl as needed, about 2 minutes.

Divide half of the berries among 6 dessert cups and top with half of ricotta mixture. Repeat with remaining berries and remaining ricotta. Sprinkle with chopped hazelnuts and serve.