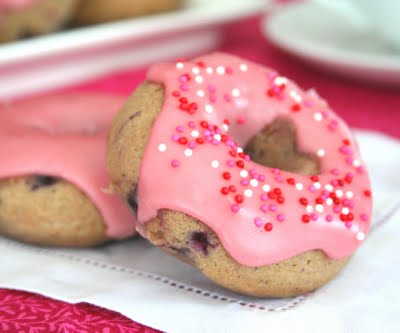 I’ve had a lifelong love affair with Greek Mythology, ever since I found a copy of Nathaniel Hawthorne’s Tanglewood Tales on my mother’s bookshelf when I was a pre-teen. As I headed off to university, it was a toss-up between Classics or Archaeology as a major. Archaeology won out because I quickly discovered that besides mythology, the rest of Classical History was rather boring to me. But I always found the rich lives of the petty,meddlesome Greek gods and goddesses infinitely fascinating. Among my favourite myths was that of Demeter, the goddess of the harvest, and her daughter Persephone. Persephone was abducted by Hades, the god of the Underworld, and tricked into eating 4 pomegranate seeds. Because of this, she must spend 4 months of every year in the Underworld. Demeter mourns the loss of her daughter for those four months and nothing on the earth grows for that time. I got a lot of great college papers out of the wonderful imagery of this myth! 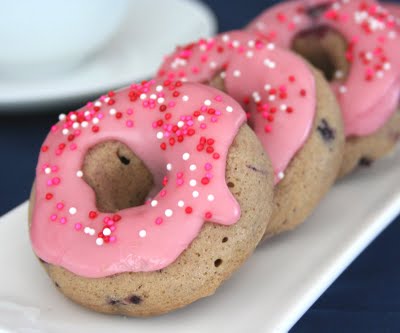 I am fairly certain that when I first read this myth in Tanglewood Tales, I had no clue what a pomegranate was. It certainly wasn’t a fruit we had hanging around the house. I did eventually try one, I believe at a high school friend’s house, and found it fun to sit there picking out the seeds and sucking off the pulp. But it seemed like a lot of work for a little bit of fruit, so I didn’t actively seek out pomegranates as a daily snack. (This is the same reason I don’t really eat oranges, unless they are of the easy-to-peel, delicious clementine variety. The amount of work involved in peeling them puts me off). And so pomegranates remained more of a mythical fruit than anything else. 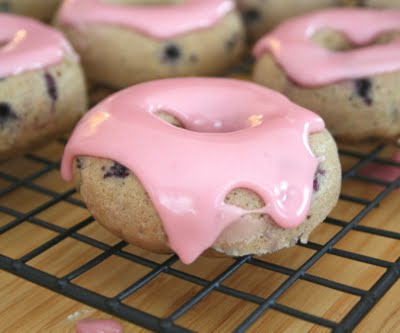 Then someone had the great idea to juice pomegranates and save us lazy fruit eaters a tremendous amount of work. Now that I can get on board with, especially given all the wonderful health benefits of the mythical pomegranate. I don’t drink much juice anymore, as it tends to be a little much for my blood sugars, but it’s wonderful stuff, all thick and rich and red. My kids adore it, so when POM Wonderful offered to send me some for review, I could hardly say no. It’s certainly not a low carb product, but it’s a healthy option for my children and I can always get behind that.

I had approximately 18 zillion ideas of what to do with the stuff when it arrived. Pomegranate-glazed shrimp, pomegranate-glazed pork, pomegranate cheesecake, blueberry pomegranate sauce for ice cream or waffles, so many ideas, so little time. I found it hard to settle on any one thing, given how well the flavours of pomegranate go with so many other foods. But let’s face it, the best thing to do with pomegranate juice is to drink it, and my samples were at risk of being consumed by three small children before I could decide what I wanted to make. So I decided to have a little fun with it and create a real treat for the kids. I did do some pomegranate jello, but it didn’t really seem blog-worthy. But I had a new donut pan crying to be used and it suddenly occured to me that the pomegranate juice would produce a gorgeous colour of donut-glaze. 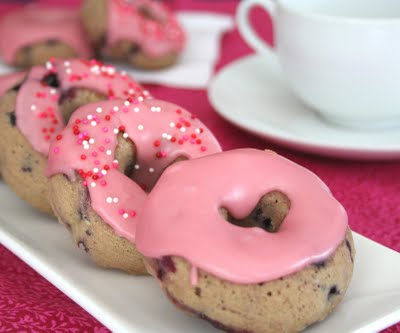 The Results: A great many thanks to the folks at POM Wonderful, because these were so much fun to make and my kids loved them! I put pomegranate juice in the batter instead of milk, thinking that perhaps the donuts themselves would be a lovely shade of pink, but as they baked, they returned to brown. No matter, the vibrant pink of the glaze made up for it. I added the blueberries because I just love the combination of blueberries and pomegranate, and it really added to the flavour of the donuts themselves. Besides, with all the goodness in both pomegranates and blueberries, I figured this way, I could call them “Antioxidant Donuts”!

I tried to keep the sugar in the batter to a minimum, because POM Wonderful is naturally sweet and I knew would add enough sweetness. The glaze, well, the sugar in that can’t really be helped, but these are supposed to be a fun treat for the kids so I just went with it.

If you don’t have a donut pan, you could make muffins or mini-muffins out of these. You will have to adjust the baking time accordingly. 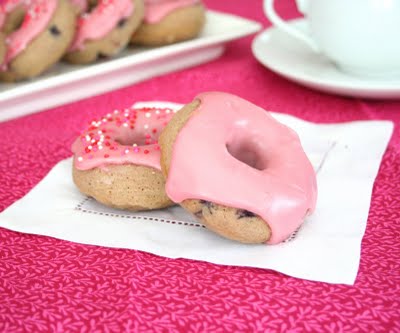 For the donuts, preheat oven to 325F and grease the holes of a donut pan.

In a large bowl, whisk together flour, sugar, baking powder and salt. Stir in eggs, butter, vanilla and pomegranate juice until well combined. Stir in blueberries.

Fill each donut hole 2/3 full. Bake 11 minutes or until firm to the touch and lightly browned.

Let cool 5 minutes in pan, then flip out onto wire rack to cool completely. Wipe out pan with clothe, re-grease and re-fill until all batter is used (my donut pan only holds 6 so I would have to do three batches).

For the glaze, whisk icing sugar and pomegranate juice together in small bowl until smooth. Spread over tops of cooled donuts. If using sprinkles, add before glaze dries.