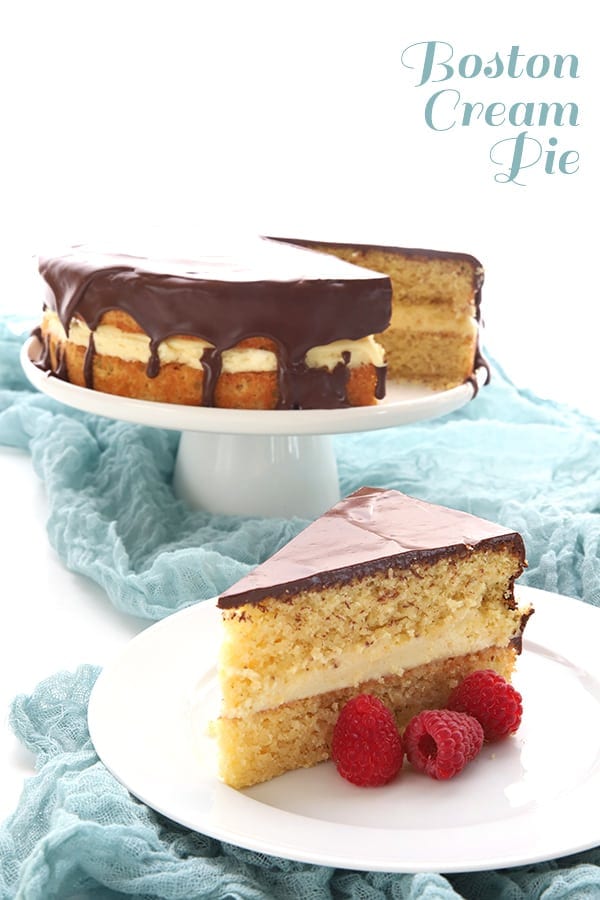 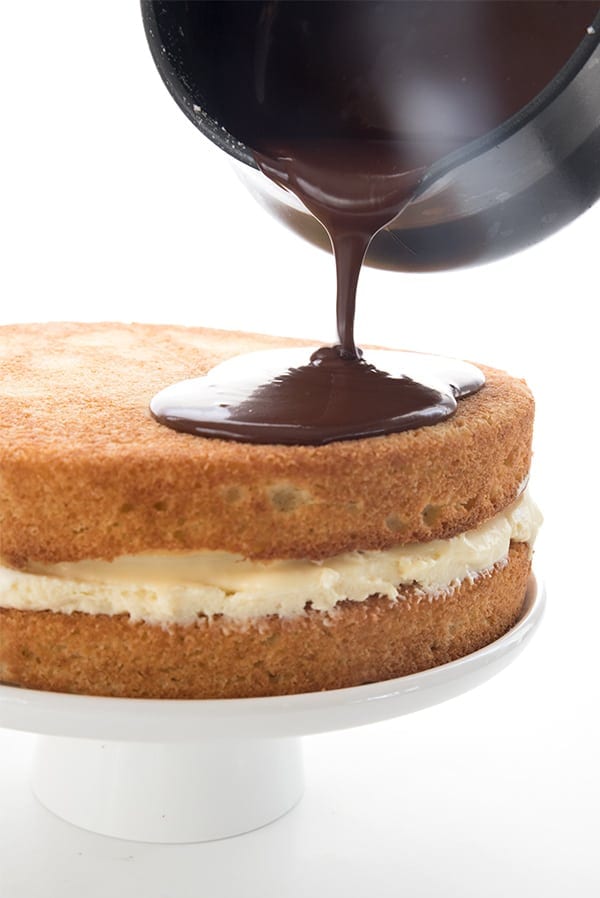 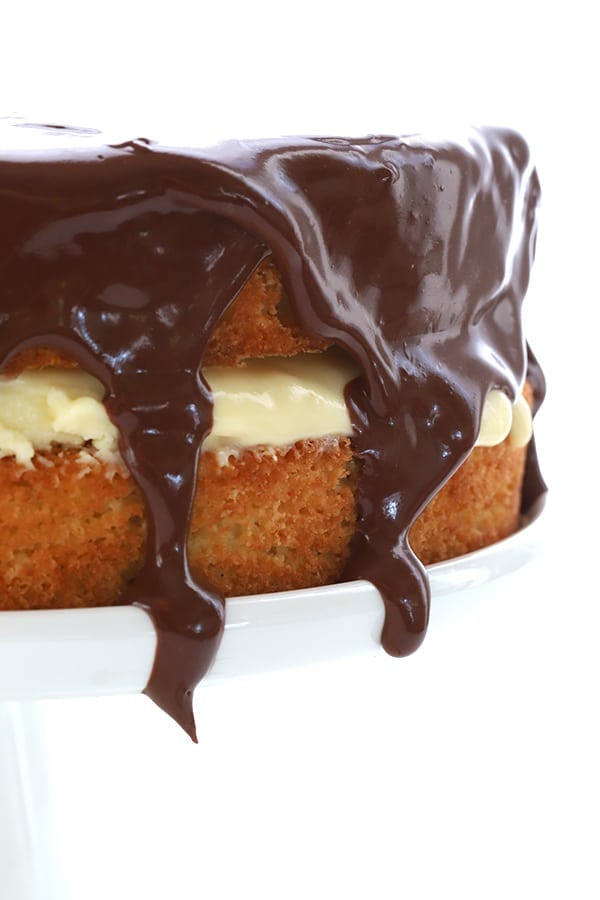 I reduced the carbs in the cake layers as well, by using my standard vanilla cake recipe but by subbing out one of the cups of almond flour for a 1/3 cup of coconut flour. 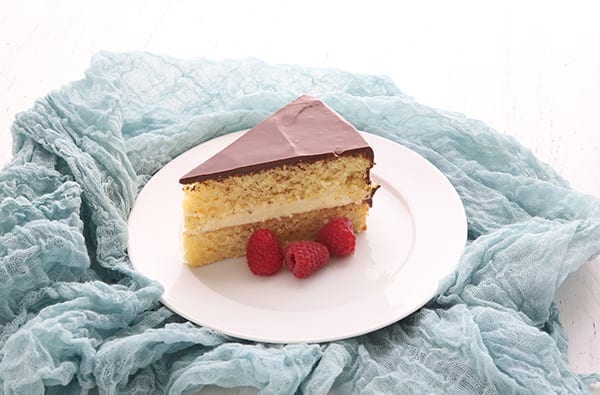 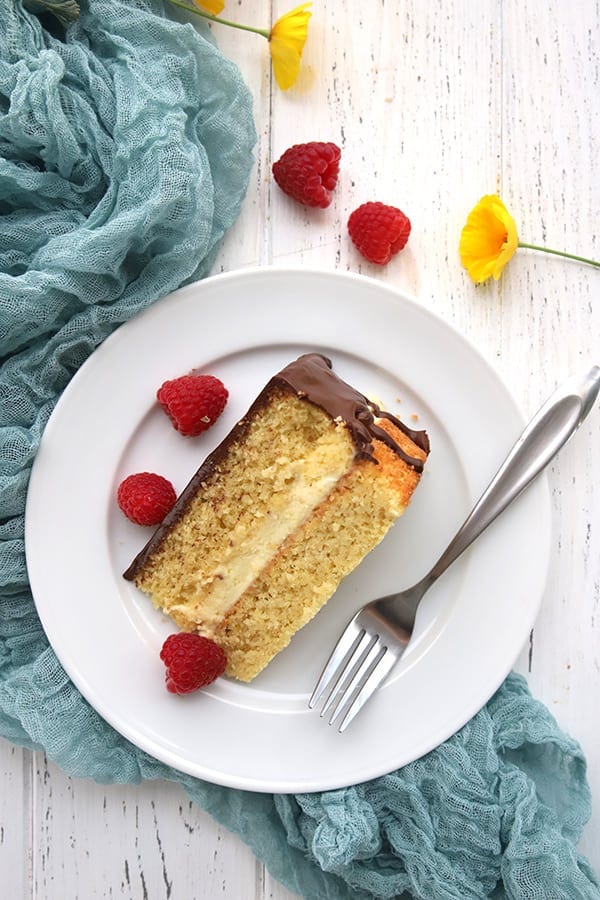 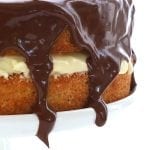 Boston Cream Pie gets a keto makeover! I recently updated this low carb recipe and now it's even better than before, with fewer carbs. Tender almond flour cake filled with sugar free vanilla pastry cream and a rich low carb chocolate glaze. 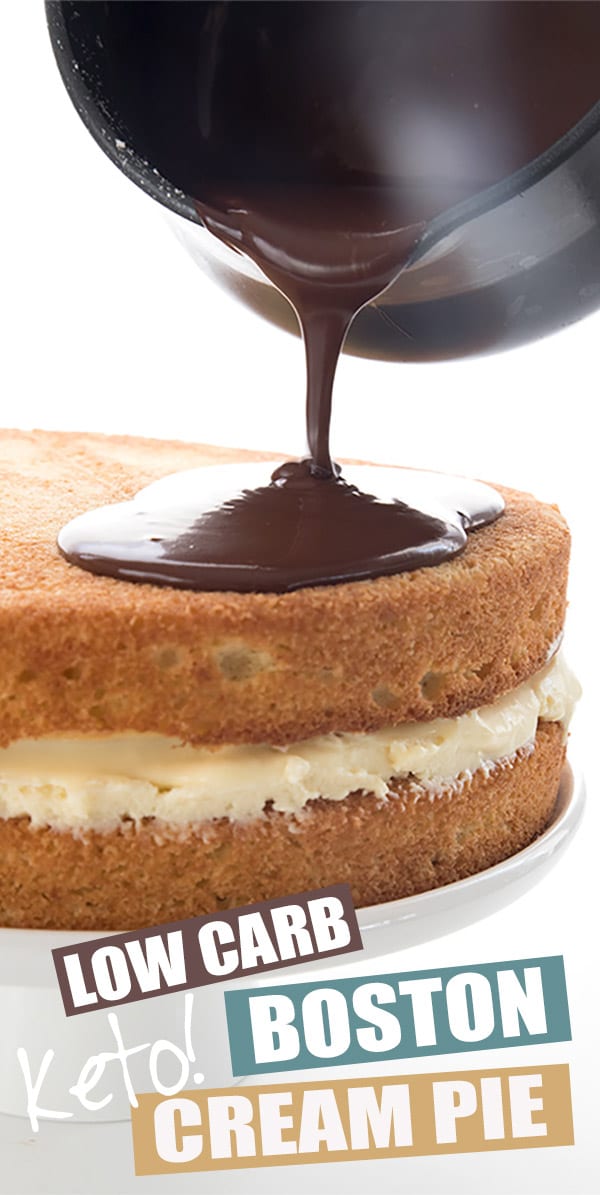 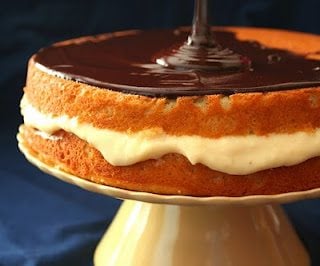