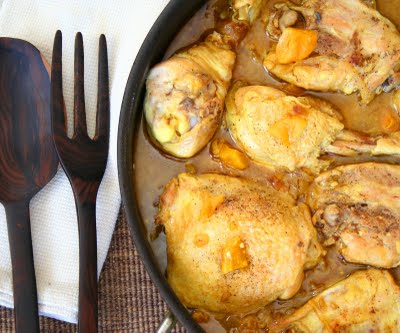 You are a secret agent. You are stealth, like a shadow in the night. You are a highly trained professional, able to slip in unawares and steal from unsuspecting folks. Like a cat burglar, you creep in quietly and then disappear without a trace. If you are caught, you must destroy all evidence immediately. Your mission, should you choose to accept it, is to steal other blogger’s recipes – and then blab all about it on your own blog. You are a part of the Secret Recipe Club.

Well, okay, YOU might not be, but I am. The Secret Recipe Club is the brainchild of Amanda from Amanda’s Cookin’, and it is, in my humble opinion, nothing short of brilliant. Foodbloggers like nothing more than to discover new and interesting food blogs. Well, that and having their own recipes made and featured by another blogger. This recipe club combines both elements, so it’s a win win situation. The premise is that each blogger is assigned someone else’s blog, from which they must choose and make a recipe without telling their assignee. Then everyone reveals their assigned blog and recipe on the same day. 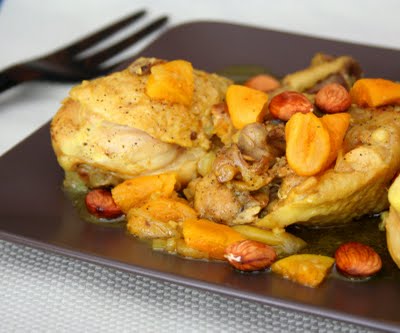 From the first moment I heard about it, I knew I wanted to join (and I wasn’t the only one…within two months, there were over a hundred members!). I confess, I was a little leary since so many of my recipes are “special diet” and I didn’t want anyone who was assigned my blog to feel cheated. I mean, who wants to be forced to cook low carb??? But Amanda assured me that it was fine, as members are allowed to adapt the recipes to suit their own needs. I do have a number of conventional recipes on here, plus people can always substitute real sugar or real flour (*gasp*) for one of my low carb creations.

I was assigned the self-titled blog of Katherine Martinelli. I’d never come across her blog before, but was delighted to peruse her trove of wonderful travel recipes and photographs. It’s truly gorgeous, so I urge you to go take a lookie-loo and poke around. You are sure to find something that will tempt your tummy. In my case, I found plenty of somethings, but I knew almost instantly that I wanted to make her Chicken Tagine minus the Tagine. Like Katherine, I do not own a tagine, but love the idea of the flavours of this North African stew. 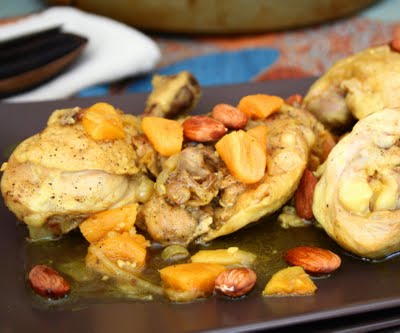 I stuck mostly to her recipe, although I had no prunes so I decided to skip those altogether and add almonds instead. And although apricots are hardly low carb, I put them in to sweeten the sauce and then kept mine to the minimum when I dished out the food. And then there was the ras al hanout, a Moroccan spice blend that I doubted very much my local Shaw’s would carry. There are any number of variations of ras al hanout, but I happened to find one on Epicurious.com for which I miraculously happened to have all the ingredients. So I mixed that up and away we went. 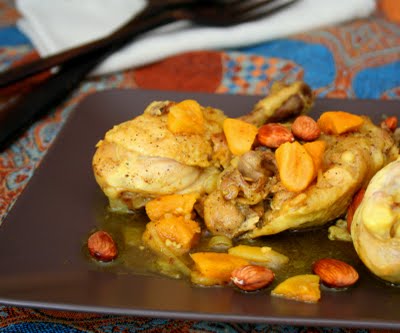 The Results: If this recipe is any indication, I am going to have a lot of fun with The Secret Recipe Club. This dish was a hit with everyone, including my visiting father who tends not to like spicy or unusual flavours. He even claimed the last piece for his lunch the next day! I did find that there was a bit too much sauce, so next time I might cut back to 1 or 1/2 cups of added broth. I would also brown my chicken a little longer, as they ended up a bit pale, but that’s purely aesthetic. It was a wonderful dish, the flavours were perfect together, and I would happily make it again…with or without a tagine.

And be sure to check out all the other member’s recipes on the blog hop below! 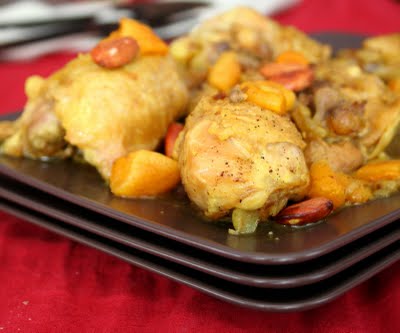 Chicken Tagine with Apricots and Almonds

Heat the oil in a large skillet over medium-high heat. Add chicken, skin-side down and cook until golden-brown, 5 to 7 minutes. Turn and cook 3 to 5 minutes more. Transfer to a plate and set aside.

Reduce heat to medium. Add the onion and saute until golden, 5 to 7 minutes (or a bit longer). Add garlic and ginger and stir until fragrant. Add the ral al hanout, turmeric, coriander salt and pepper and stir to combine. Return the chicken to the skillet and add the apricots and chicken broth. Bring to a boil and then simmer, covered, for 40 minutes. Add the almonds for the last two minutes of cooking.

Serve over couscous (or not, if you’re a low carber!).