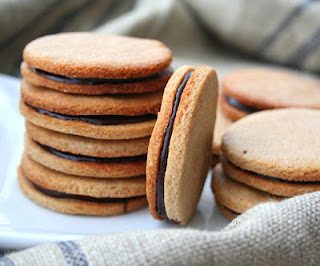 What would you think if I presented you with one of my recipes but gave you very little instruction on how to actually make it?  Say I just gave you the ingredient list and told you to put it together and stick it in the oven?  Or if I wasn’t even particularly clear about the ingredients list, if I mentioned using separated eggs, but I really only meant that you should use just the egg whites?  What if I didn’t even tell you an oven temperature at which to bake the item?  I am going to take a wild stab here and say you wouldn’t think much of me as a recipe writer.  In fact, you’d probably never visit my blog again.  I know that I sometimes make a typo or forget to list a step in the instructions.  But on the whole, I try to write my recipes the way I would want to read them:  clearly, concisely and carefully.

So imagine my confusion, not to mention my frustration, when trying to recreate recipes from a cookbook that made all of the aforementioned transgressions.   Let me give you a little background here.  My friend, Jessica Apple, editor of A Sweet Life Diabetes Magazine, came across an old cookbook for diabetics and thought it might make good story material.  And by old cookbook, I mean really old.  As in written almost 100 years ago.  “Diabetic Cookery”, by Rebecca W. Oppenheimer, was published in 1917, at a time when such cookbooks didn’t  really exist for diabetics in need of carbohydrate restriction.  In fact the preface begins like this, “The author would feel diffidence in publishing a cook book when so many other excellent ones already exist, if it were not that she is treating a special field.”

It is important to note that Oppenheimer’s book was published five years prior to the discovery of insulin in 1922, at a time when type 1 diabetics died quickly from the disease, and type 2 diabetics type 2 diabetics had little to rely on for treatment.   Focusing on food that diabetics could ingest without taxing their precious beta cells too much, made Oppenheimer’s book somewhat revolutionary.
I was game for the challenge of trying out some of these old recipes, and Jess and I corresponded a bit about some of the funny ingredients listed.  It seems that even back in Oppenheimer’s day, almond flour was a standard low carb ingredient for many sweets and baked goods, so I was set there.  But I was fairly certain I wasn’t going to be able to get my hands on any Aleuronat Flour or Lyster’s Prepared Casein Diabetic Flour, whatever those might be.   And although saccharin is still fairly common as an artificial sweetener, I hadn’t a clue as to how much would be contained in a “saccharin tablet”.  Still, I thought it would be fun to recreate a few of these old recipes and see how they compared to some of diabetic cookery around today. 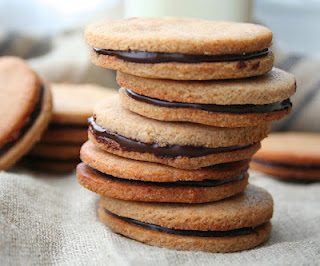 As it turns out, fun isn’t exactly what I would call the whole experience.  Amusing, maybe, but only in a slapstick, watch-me-make-a-huge-mess-and-have-nothing-to-show-for-it kind of way.  Oppenheimer’s recipes carefully list the amount of protein, fat and carbs in each serving, but they often don’t tell you how many servings each recipe is actually supposed to make.   Her instructions consist of a few short lines about mixing things together, and she refers to oven temperatures only in vague terms such as “moderate oven”.  She will mention separated eggs in the ingredients list, but only tell you what to do with one part of the egg in the actual instructions.  I am a pretty seasoned baker, but I was stumped.  I attempted her Cinnamon Bars and ended up with a clumpy, inedible mess that I tossed in the trash.  I wanted to try the Ginger Cookies, but couldn’t figure out if it used only egg yolks, or both the yolks and the whites, so I didn’t bother.

This may sound as if I think Oppenheimer’s recipes are no good, but this isn’t necessarily the case.  What I really think is that, back in Rebecca W. Oppenheimer’s day, women were such regular cooks and bakers, they didn’t need the sort of explicit instructions we need today.  They grew up around their mothers and aunts and sisters baking and cooking on a daily basis, without relying on recipes or cookbooks at all.  They would know that referring to separated eggs in the ingredients list didn’t necessarily mean you used both parts of the egg in the actual recipe.  They could gauge oven temperatures simply by sticking a hand inside, no need to rely on fancy thermostats with exact temperature readings.  In fact, it’s likely that their ovens didn’t even have temperature gauges at all.  It’s only in our modern day, where we tend to be more disassociated from our food preparation, where we rely on all sorts of fancy technology to help us cook and bake, that we need things spelled out for us so clearly. 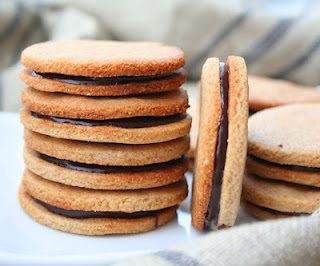 In the end, I decided to do as any good baker should, and go with what I know.  I wanted to showcase a recipe to go with this story, but I was loath to try another of Oppenheimer’s recipes for fear of making a total hash of it again.  Low carb ingredients tend to be on the expensive side, and I hate food waste as it is.  So I decided to make my own kind of ginger cookie, a cookie I’d had in my mind for a while after seeing a regular flour and sugar version.  Ginger and chocolate are a lovely combination, and the idea of chocolate ganache sandwiched between two crisp ginger biscuits had captured my imagination.
Despite my difficulties, I really do admire what Oppenheimer was trying to do.  Her cookbook is exactly what a diabetic cookbook should be: low-carb.

For the recipe, please see this article posted at A Sweet Life Diabetes Magazine. 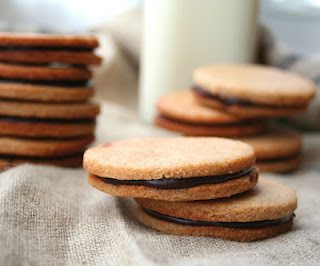