All the flavours of a cinnamon roll in a delicious low carb, gluten-free biscotti. Perfect to dip in your morning coffee! 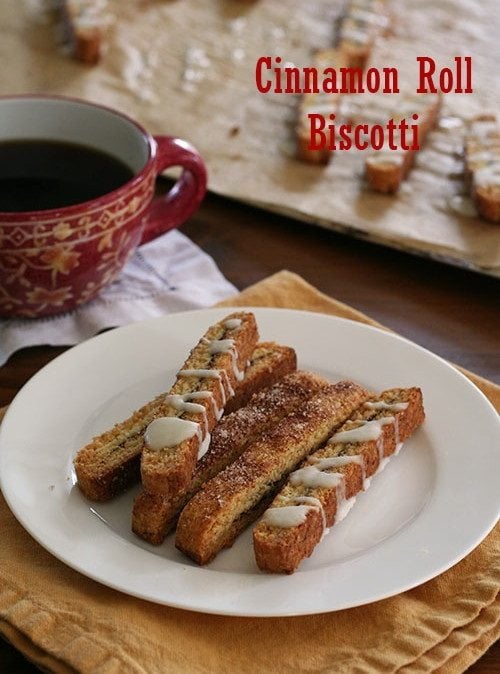 There seem to be some flavours that are universally loved and cinnamon is one of those.   I can honestly say I’ve never met someone who doesn’t like cinnamon.  It’s the spice of comfort and love.  The smell of cinnamon is like coming in out of the cold and cozying up to a warm fire in your favourite slippers with your favourite person.  It’s the smell of mothers’ love and happy childhoods.  They say that when you want to sell your house, you should make it smell like vanilla or cinnamon by putting some in a dish in a warm oven.  The people viewing the place will then subconsciously think it smells like home and want to buy it.  I have no idea if this truly works but it certainly sounds like a good idea.  At the very least, your house smells great even if it doesn’t sell. 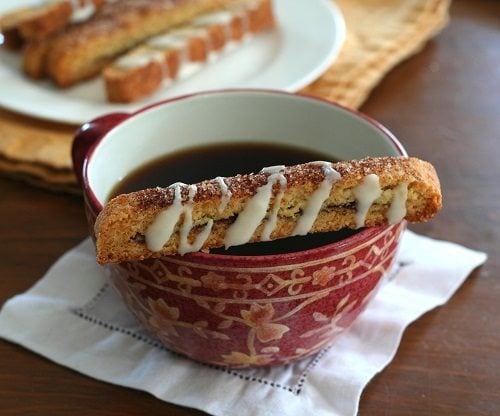 And if cinnamon is like cozying up to a warm fire, then a cinnamon roll is like climbing into bed under a fluffy duvet on a cold night.  Mind you, it’s a fluffy duvet made of gluten and sugar and you probably just want to go to sleep because your blood sugar has skyrocketed and your insulin is struggling to keep up.  Sure, it seems comforting and insanely delicious to eat one at the time, but it’s not going to be so comforting later on when you are suffering from indigestion, weight gain or diabetic neuropathy. 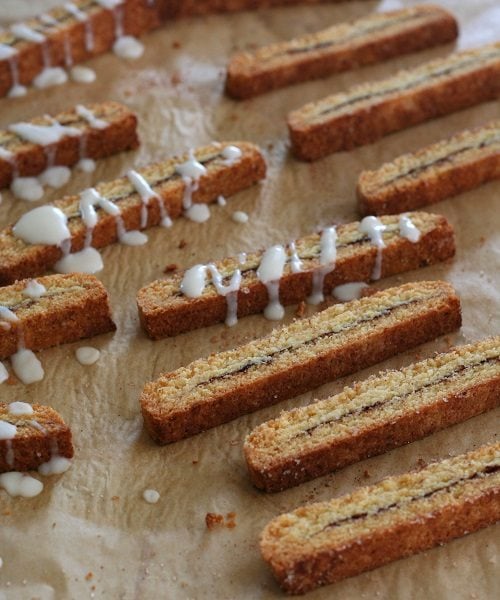 I have managed low carb cinnamon rolls before and they were pretty great, but I think I could probably improve upon them.  However, I also love taking those same flavours and putting them into some other delicious package that’s fun to eat and a little easier to make low carb and gluten-free.  I’ve made cinnamon roll scones, cinnamon roll coffee cake and this time I thought it would be fun to make cinnamon roll biscotti.  And it was fun.  And delicious.  And yes, even comforting.  All without blanketing you in gluten and sugar and sending your blood glucose skyrocketing. 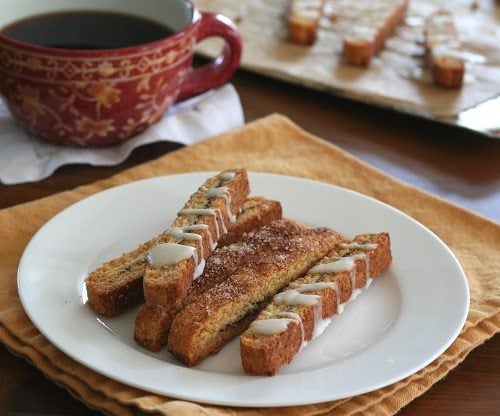 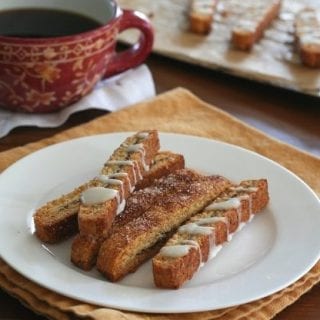