Looking for a less sugary glaze for your holiday ham? Try this low carb cranberry glaze and sauce, a tart complement to the smoky ham. This post is sponsored by Smithfield. 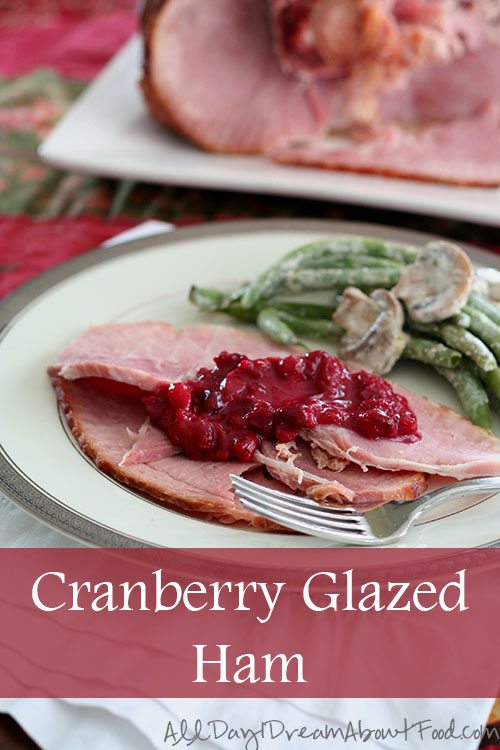 I can’t say I was much of a ham eater growing up. I certainly liked it well enough, but big spiral hams were not really on my radar. For our family holidays, we typically ate turkey at Thanksgiving and tourtiere and roast goose at Christmas. And as we didn’t really celebrate Easter, except in an Easter Bunny sort of way, ham wasn’t on our spring menu either. But I was more than happy to eat my share of spiral-cut ham when it was on offer. Let’s just say I’ve never met a piece of pork I didn’t like. And ham, with its salty, smoky flavour, always made for a tasty meal. We simply never cooked it at home.

But now, as an adult with kids to feed and friends to entertain, I say bring on the ham. Let’s face it, ham is party food. It’s big, it’s tasty and it serves a large crowd. And with a pre-cooked spiral ham, it takes barely any effort on my part to make it taste good. Turn on your oven, pop in the ham, have a drink and hang out with your company and dinner practically serves itself. 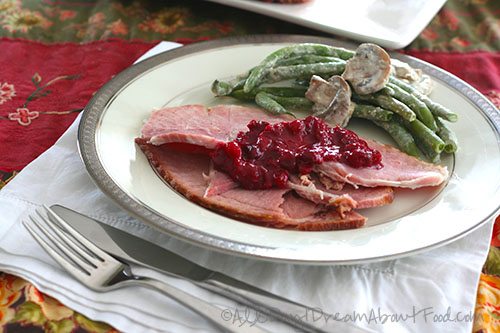 That’s not to say you can’t get fancy with it if you so choose. When Smithfield asked if I would create some recipes with their holiday ham series, those little wheels in my head got turning right away. They have a number of interesting flavours for glazed hams, including things like Pecan Praline and Caramel Apple. But even if I didn’t follow a low carb diet, those sugary glazes wouldn’t really be my thing. I like ham for the flavour of the ham itself. I asked Smithfield if they minded me forgoing their glaze and  making up my own version, one that would be a little kinder to my glucose levels. They were all for it, I am pleased to say.  I wanted something that was festive, but not quite as sweet. And I will say, the cranberry glaze/sauce is wonderful. If you think cranberry sauce only goes with turkey, think again. The tanginess of the berries and the mustard really plays well with the smoky richness of the ham. And kudos to Smithfield, because it was one of the juiciest, most flavourful hams I’ve ever cooked. 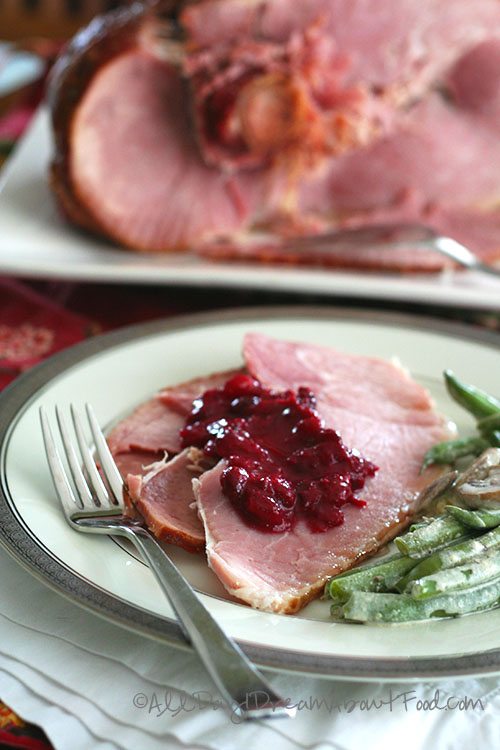 And the other great part about cooking a spiral-cut ham at home is the leftovers. Dare I say it might just be the best part? We’ve found that the sliced ham freezes well, so we can pack what doesn’t get eaten away for another use. I currently have several little packets of ham in my freezer, awaiting inspiration. It makes great soups, of course, (I even froze the ham bone for flavouring the broth), and my husband loves doing what he calls frizzled ham with scrambled eggs. But my kids went gaga when I added about a cup of chopped ham to my Cheddar Drop Biscuits. Those biscuits were good, but the ham took them to a whole new level. You definitely have to give that a try! 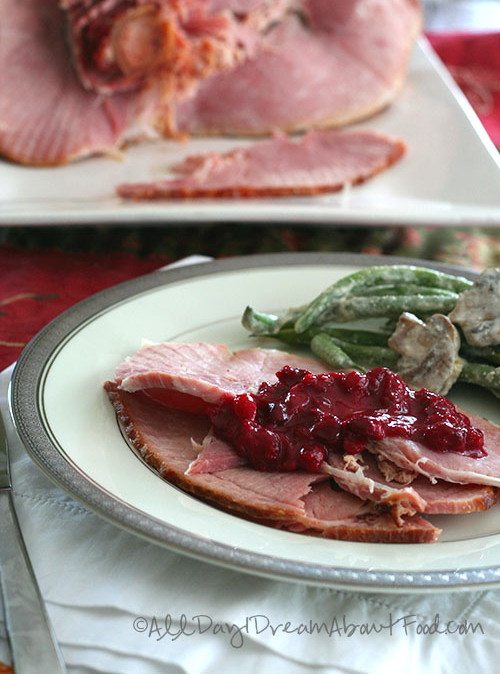 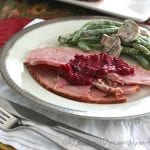 My ham was about 5 lbs and Smithfield estimates 3 to 4 servings per pound. So we are looking at 15 to 20 servings.

Disclosure: This post is sponsored by Smithfield. As always, all opinions, thought, recipe, photography, random tangents and incoherent ramblings are my own.