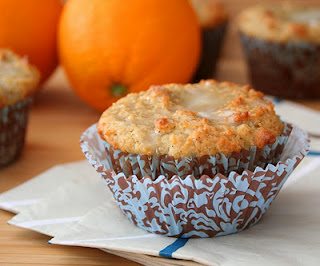 If you follow me on Twitter, you may have seen me last week putting out a plea for interesting muffin ideas. I was in one of those odd moods, where I wanted to make something but I couldn’t figure out what. I knew I wanted muffins, but that’s pretty standard for me, I love my morning baked goods with coffee. What I couldn’t put my finger on was what flavour of muffin I wanted to make. I didn’t want the standard fare, I wanted something unexpected, something that would wake up my tastebuds. I got a lot of great responses from people, one of the more interesting of which came from my younger brother, who suggested ginger cranberry. An excellent suggestion, although it still wasn’t quite what I wanted. But the idea of ginger led me to stand in front of my spice cabinet, willing it to inspire me. 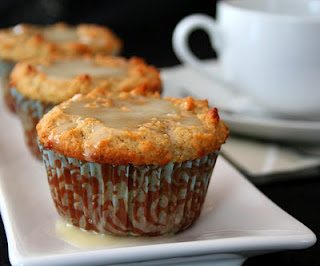 And so it did, in a most unexpected way. I spied a package of garam masala and was put in mind of a recipe for garam masala cookies I’d seen a while ago. I may have mentioned my affection for garam masala a few times here, in particular when I used it to flavour my Eggplant Chips. I’ve only ever tried it in savoury dishes, but the idea that it could be used in sweets makes a lot of sense. Many of the spices that are used in a typical garam masala are ones I think of as good with sweets: cardamom, ginger, cinnamon, cloves, nutmeg, and sometimes anise. But then there is the pepper, cumin and coriander that I typically associate with savoury foods. Still, why not give it a try?

I wasn’t quite sold on the idea of using the garam masala alone to flavour the muffins, so I did a little searching for complementary flavours. A quick google search of “garam masala cookies” brought me one from an Arizona newspaper, AZ Central, for Orange & Garam Masala cookies. It was just the sort of thing I was looking for. I thought a little orange zest in the muffin would offset the spices nicely, and a glaze made with orange juice and powdered sweetener would top the whole thing off and make it a little more pleasing to the eye. 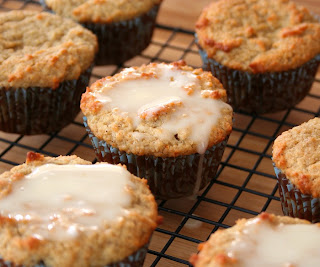 The Results: Garam masala in muffins? Don’t knock it until you’ve tried it, because it’s fantastic! The flavour was reminiscent of gingerbread, but with a peppery kick at the end. And I think the citrusy tang of the orange zest and glaze was the right thing to play off the spiciness. These were so good that both my husband and I were eating them for both breakfast and snacks. We didn’t even try to share with the kids, with their unsophisticated palettes! But I can assure you that garam masala in a sweet baked good is wonderful and that you will be seeing it again on here at some point. I am sure I won’t be able to stay away.

My only beef with this recipe is that it made 10 muffins, which is an odd amount. I could have stretched the batter to make 12, but they would have been peeny weeny muffins and I don’t like peeny weeny muffins. 10 good-sized muffins make me far happier than 12 peeny weenies. And that is the technical term, in case you were wondering. 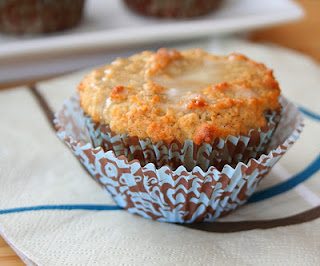 Preheat the oven to 325F and line a muffin tin with 10 paper liners.

Divide batter between prepared muffin cups. Bake 24 to 27 minutes, or until tops are set and lightly browned. Remove from oven and let cool in pan.

For the glaze, mix powdered erythritol and juice together in a small bowl. Drizzle over cooled muffins.