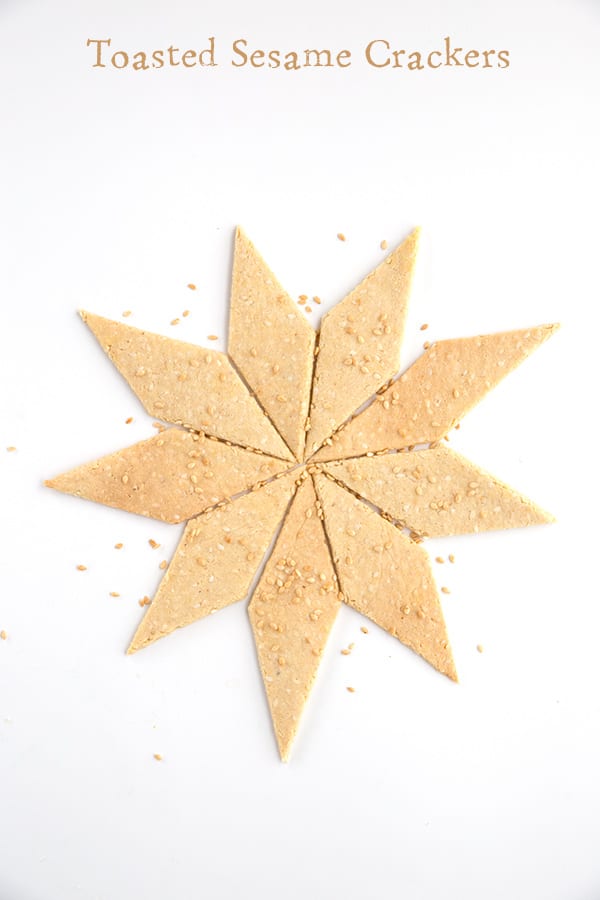 Sesame crackers have been one of my favourite snacks for about as long as I can remember. And not just as a snack. I’ve been known to make a full lunch out of crackers and cheese, and sometimes even dinner. It’s not something I do often anymore but these deliciously crisp keto sesame crackers are luring me back to my old ways.
Back in my pre-keto days, I had a particular fondness for sesame Bretons. They were hands down my favourite cracker. Light crispy rounds full of toasted sesame flavour, they were truly hard to beat. I essentially had a box of Bretons on the go at any given time. I would eat them with cheddar, I would eat them with harvarti, I would eat them with cream cheese, and they were smashing with my husband’s homemade Boursin. They were also pretty fantastic with a big smear of peanut butter, especially when you were hungry and needed quick energy. 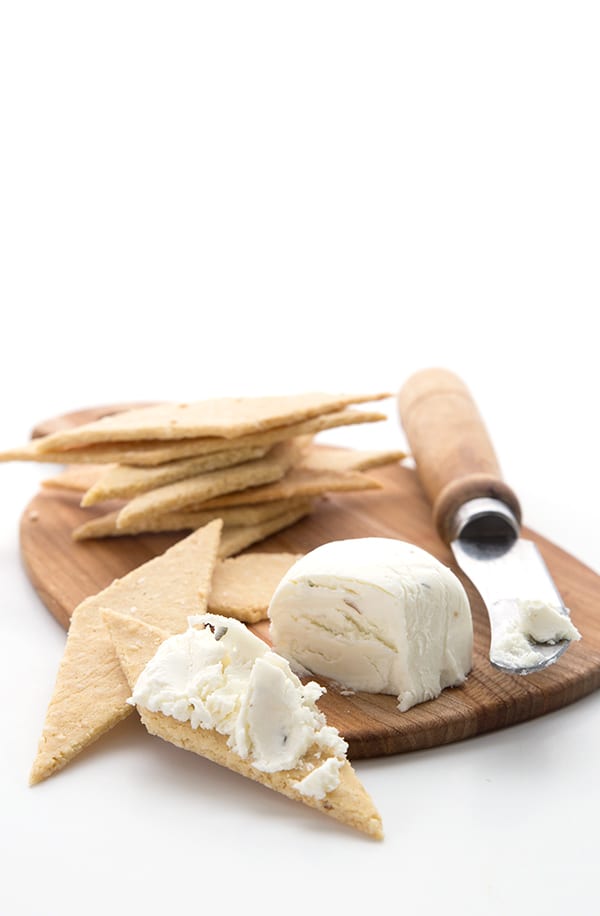 I would eat them here or there, I would eat them anywhere. I would probably also eat them with green eggs and ham, given the right opportunity.
So it’s long been a goal to make a comparable low carb cracker, one that would be both light and crisp, but could stand up to being smeared with cheese or peanut butter. Although come to think of it, Bretons often crumbled and broke if you had to really smear them, but they were so good, so full of bold toasted sesame flavour, I didn’t care much. That’s the kind of keto cracker I wanted to make here. One you love to munch on its own as much as you love to pair it with toppings. 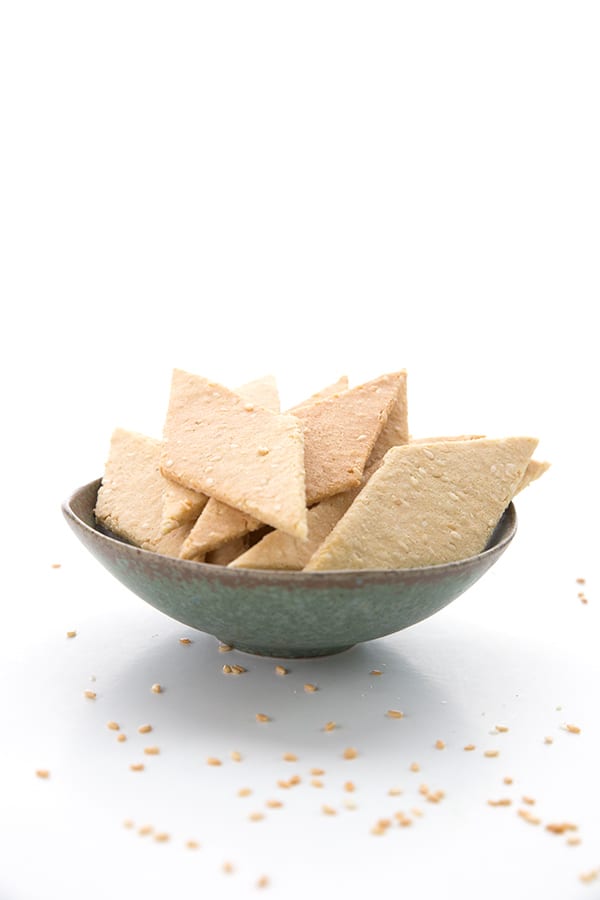 I also wanted to find a way to use some of that sesame flour that has been hanging around my freezer for a while. I bought it quite some time ago but this was really my first successful foray into baking with it. I tried to make low carb bread with it once that did not turn out well. It does have a strong sesame flavor, so it may not be right for all baked goods but it struck me as perfect for something that was supposed to taste like sesame.
Combined with some almond flour and some toasted sesame seeds and I was in keto cracker heaven! 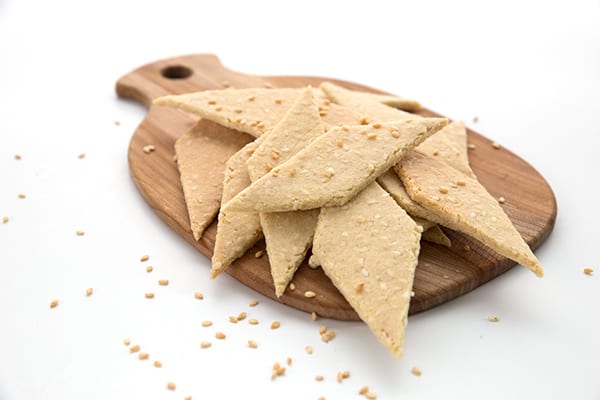 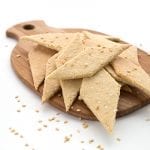