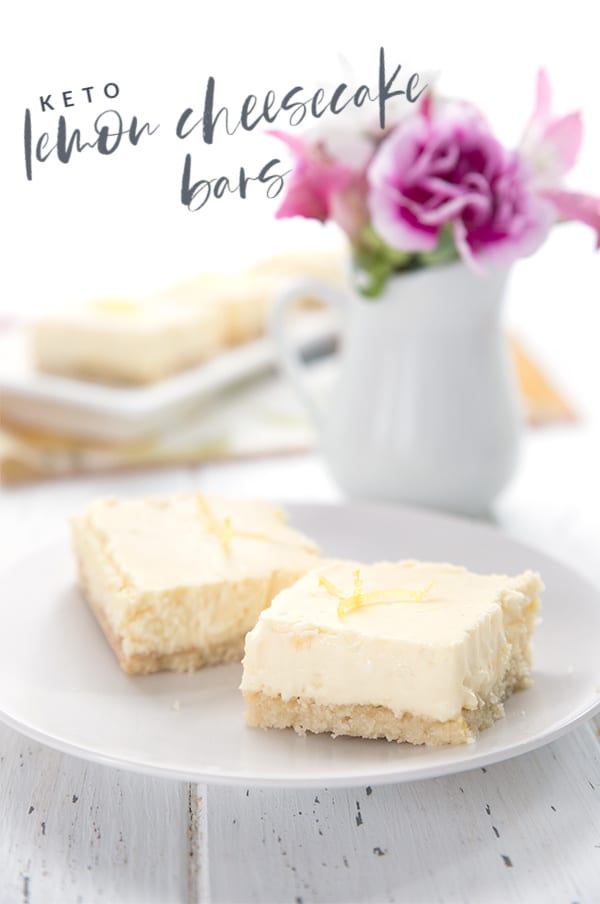 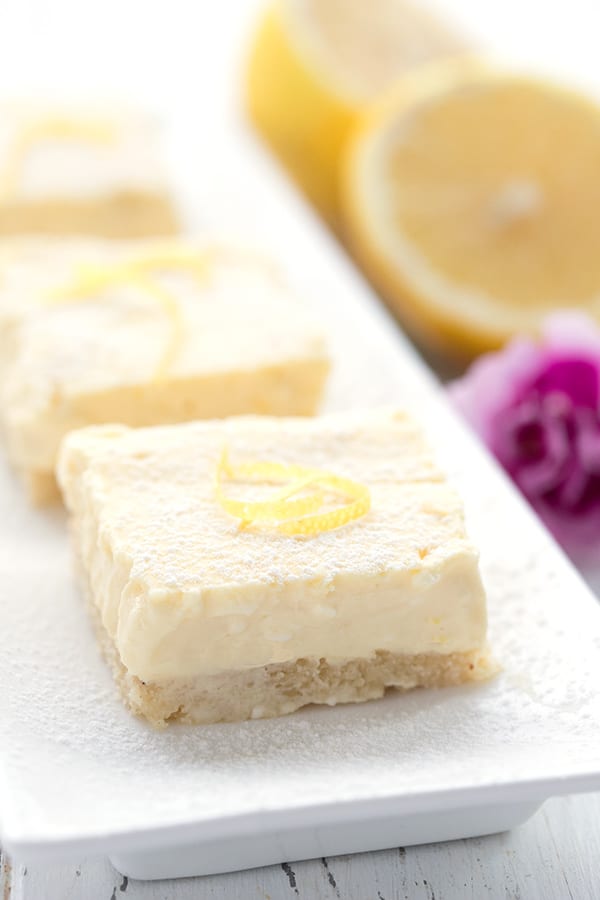 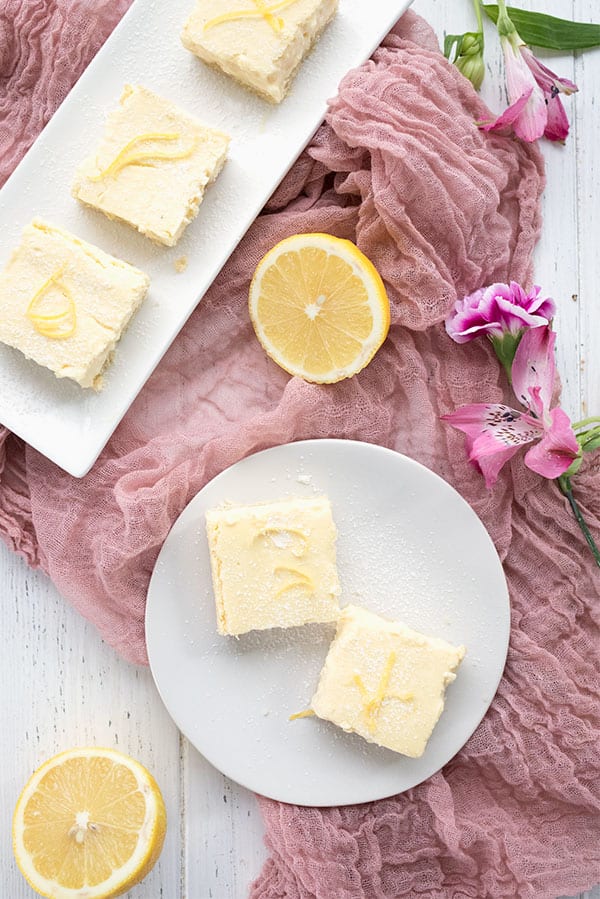 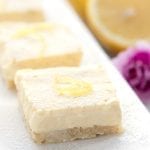 These keto cheesecake bars are a lemon lover's dream! A creamy lemon cheesecake filling baked on a tender almond flour crust. Sugar-free and grain-free but oh so delectable. Keto desserts don't get more delicious than this.