Love the minty chocolate taste of Andes Mints? This healthy low carb fudge recipe has all the same great flavours and none of the sugar! Happy Mother’s Day! 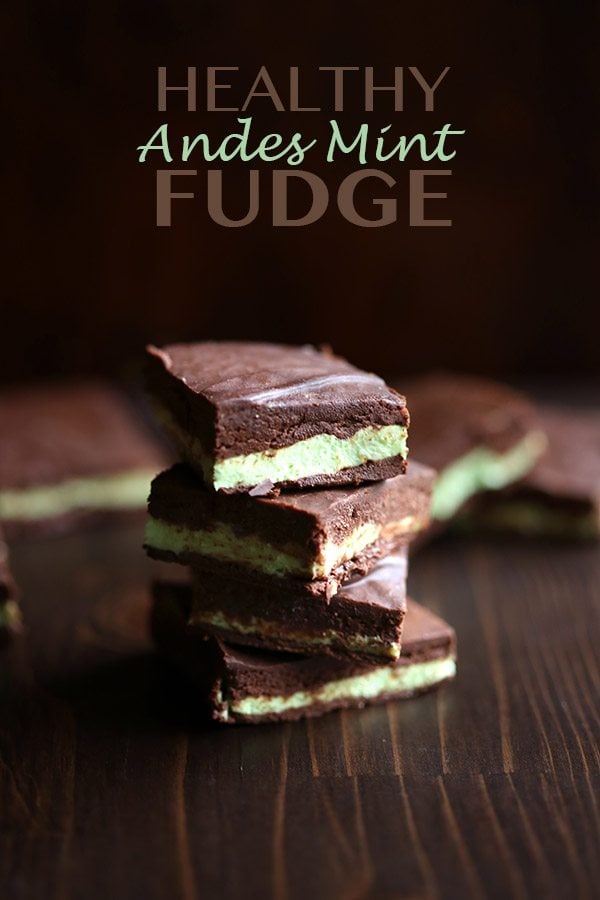 Okay, confession time: this fudge is not really made of Andes Mints. There isn’t even a hint of Andes Mint in this fudge and in fact, there were no Andes Mints anywhere in the vicinity when I was creating this fudge. So why give it a name with such a blatant nod to the popular mint and chocolate candy? Well it certainly looks like an Andes Mint with the minty green layer sandwiched between two chocolatey layers. And it was inspired by several conventional recipes that do use Andes Mints. And as a kid, I really loved those thin wafer-like chocolates. So the name just appealed to me and I hope it appeals to you too. 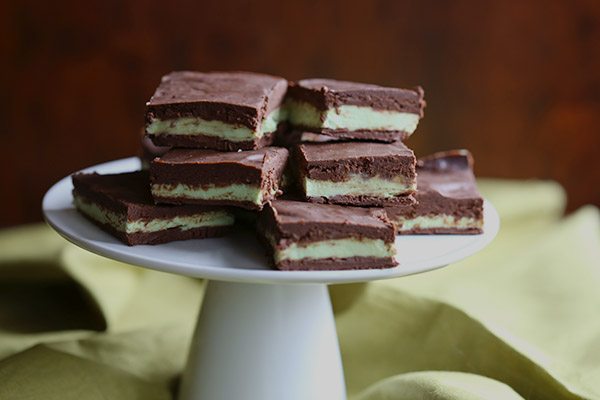 I remember the first time I tried an Andes Mint. My brother and I discovered them in the bulk candy store in the basement of St. Lawrence Market. If you’ve ever spent any appreciable time in Toronto, you will likely know that St. Lawrence Market is something of an institution. It’s a huge old brick building down by the lakefront with stalls for butchers, bakers, fish mongers and all sorts of food and craft artisans. It’s a little like Pike Place in Seattle, albeit on a smaller, more Canadian scale. My mother used to drag us down there on Saturday mornings for some shopping and exploring. These days, I look back fondly on the experience, but back then I didn’t appreciate it much. I was a kid and I found the place smelly and gross. Most of the time, I disappeared straight into the lower level to check out the bulk bins of the nut and candy store. Where one day I discovered a tin of Andes Mints. 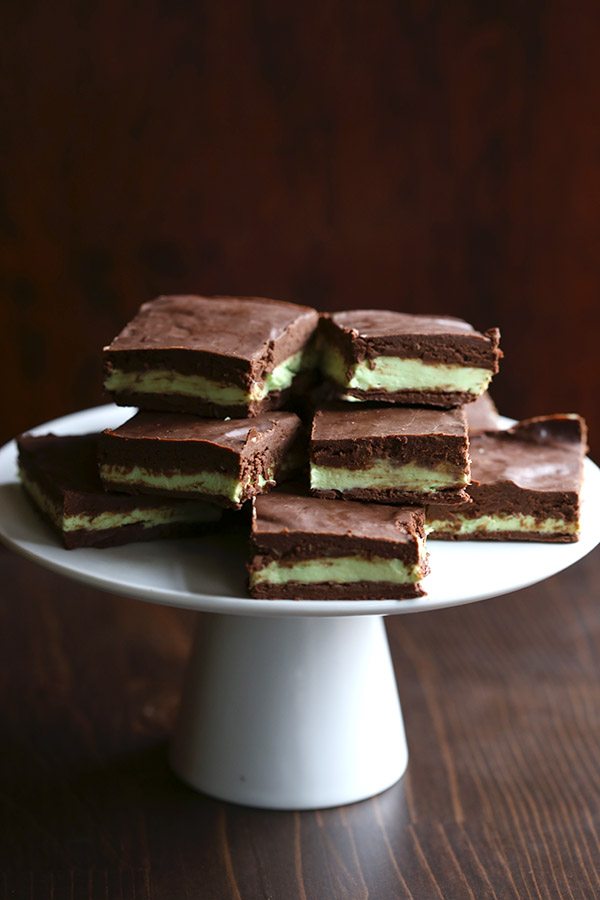 My brother and I purchased them for Mother’s Day, but I am pretty sure that once they were opened, my mother didn’t get to eat too many of them herself. They were tasty and individually wrapped in pretty foil, so they were very appealing to us kids. And I’ve had an affection for them ever since, although I can’t eat them at all anymore. But when perusing Pinterest a little while back and spying recipes for Andes Mint Fudge and I suddenly just knew I could make a really great low carb version. The conventional recipes have a filling made with Andes Mint chips but that wasn’t a possibility for me. So I made a tasty minty cream cheese filling and added a touch of matcha powder for that pretty minty green colour. And you know what? I will never crave an Andes mint again, because now I have a healthy sugar-free equivalent! 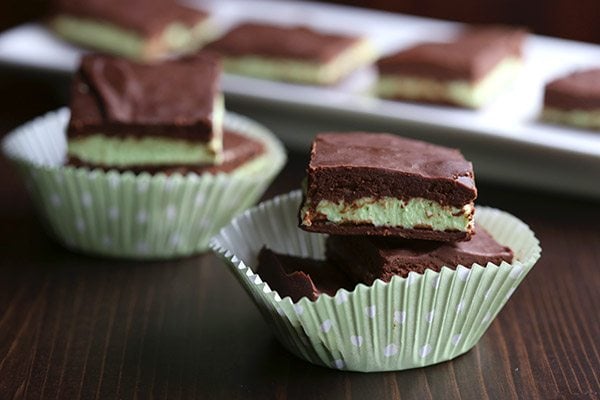 Want a dairy free or vegan fudge recipe? Try this 2 Ingredient Fudge from The Beaming Baker. Just replace the chocolate chips with Lily’s for a low carb version. 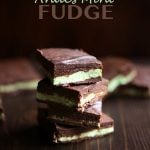