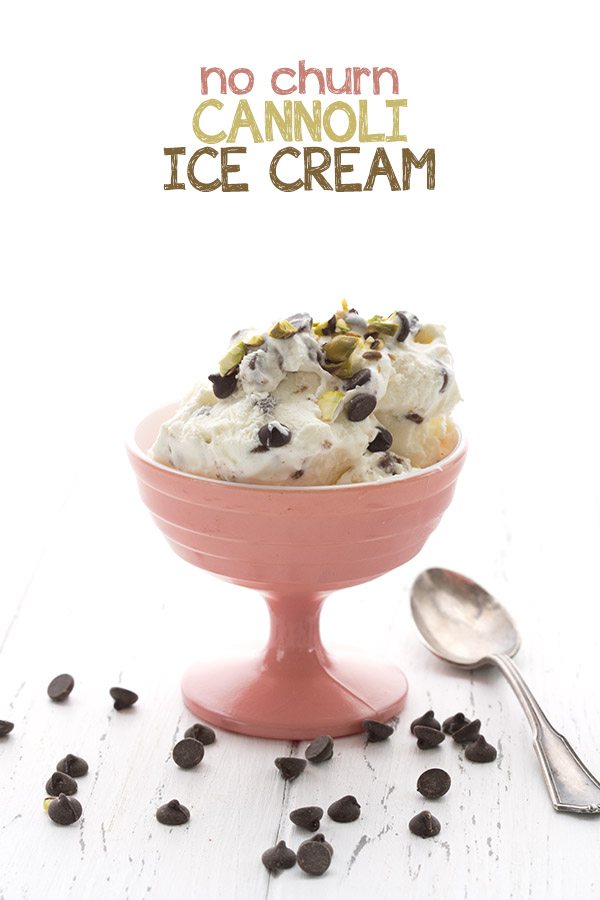 Summer’s not over yet, friends, a fact which Portland wishes to make abundantly clear. It’s forecast to be 101ºF here today (that’s a balmy 38ºC for those of you that think in Celsius) and it’s been like that for several days. In fact, it’s going to be so hot that the schools have already warned us that we may have an early release this afternoon. Our outdated old school buildings aren’t built for these sorts of extreme temperatures. We had 8 snow days last winter and now, barely into the second week of school, and we’re having HEAT days. 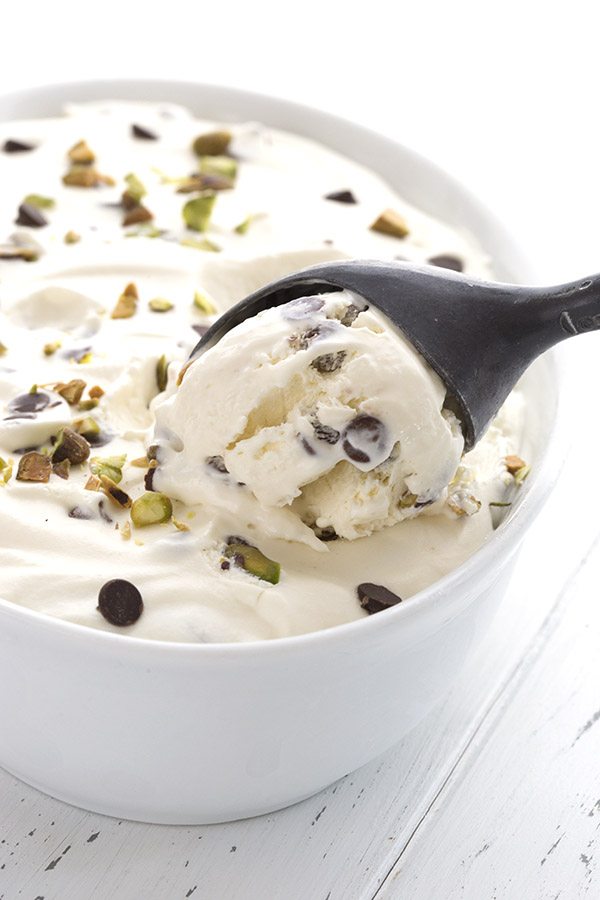 So naturally, we are all craving frozen desserts and this keto Cannoli Ice Cream hits the spot! And best of all, it doesn’t require an ice cream maker to make it. Don’t get me wrong, I adore my ice cream maker and I use it frequently. But I know not everyone owns one, and I love testing out new ways of doing things. When I first started seeing recipes for no churn ice cream, I was stumped. Most of them take sweetened condensed milk to make a thick custard-like base without an ice cream maker. And while I do have a fabulous low carb sweetened condensed milk recipe, I didn’t want to have to take that extra time to make it. No churn ice cream is supposed to be easier, after all. We deserve our easy low carb recipes too! 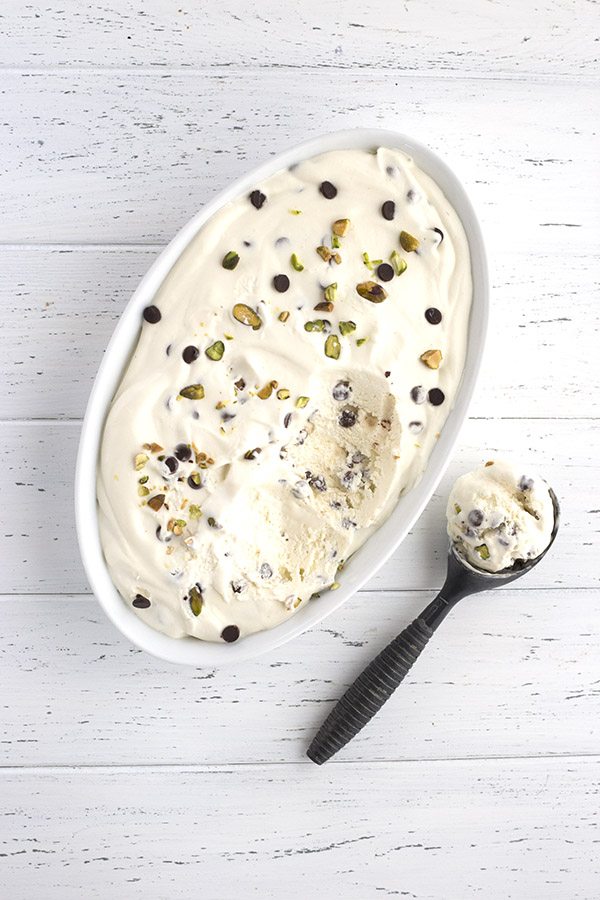 But you know me…I firmly believe almost anything can be made low carb and sugar-free. So I studied this concept a bit and realized that all I needed was a thick cream for the base. Sour cream quickly became my thickener of choice and I’ve used it several low carb ice cream recipes, including No Churn Mint Chocolate Chip and Peanut Butter Brownie Ice Cream Pie.

And I have an absolutely amazing keto Strawberry Ice Cream recipe in my cookbook. Honestly for that recipe alone, you will love The Everyday Ketogenic Kitchen! 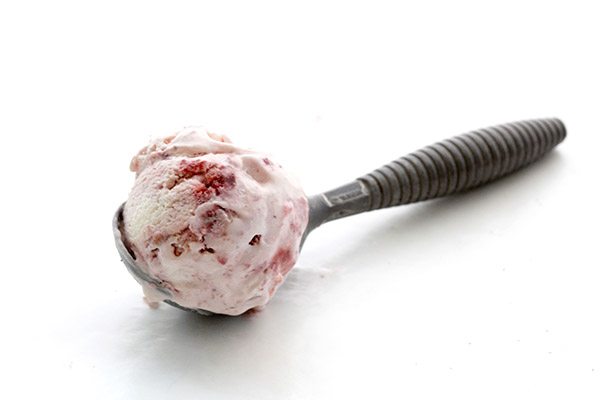 From The Everyday Ketogenic Kitchen!

But for this keto cannoli ice cream, I didn’t need to fall back on sour cream, because of course the ricotta itself provides the thick base. I blended the ricotta up to make it very smooth, and then folded it into the whipped cream. And of course, it wouldn’t be cannoli ice cream without some chocolate chips. And the best low carb chocolate chips are, in my opinion, Lily’s Chocolate. Mix it all together and what do you have? A perfect low carb, no churn ice cream treat! My kids loved this and it was a great easy way to cool off. 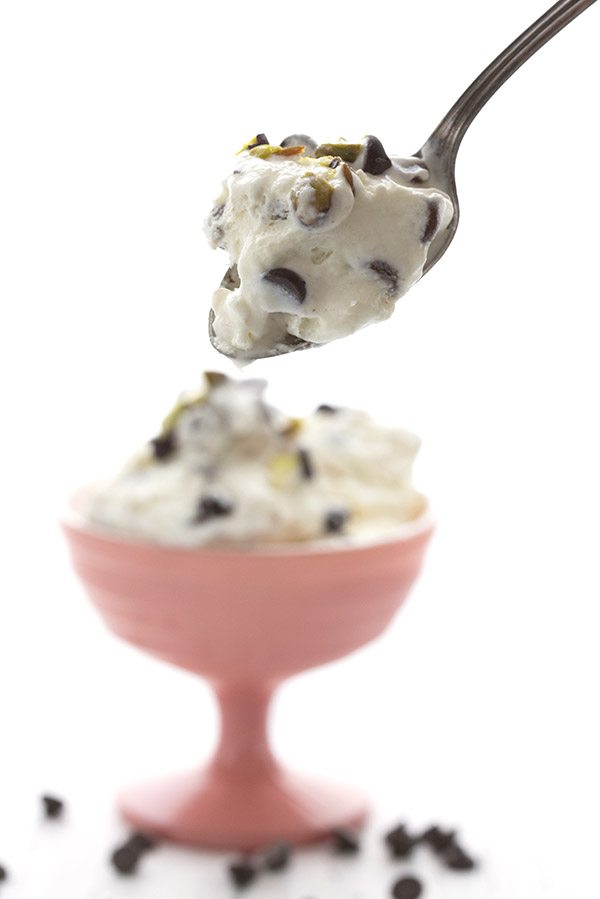 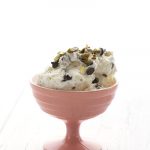