Low carb cinnamon twists are sweet little keto cinnamon pastries with a secret ingredient (and no, it’s not pork rinds!) And yes, they are still sugar free and grain-free. Happy breakfast! 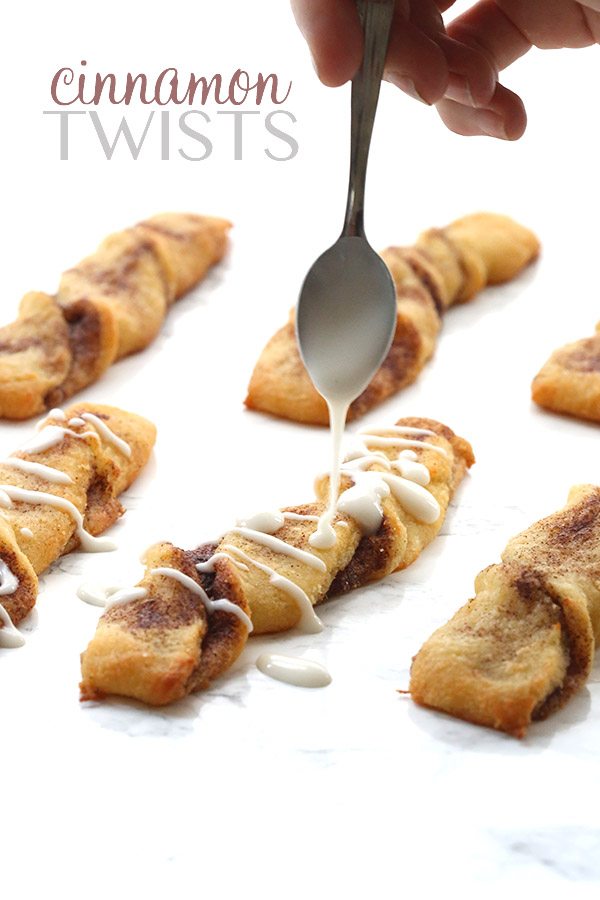 Oh, oh, this magic mozzarella dough. Honestly, this stuff is a total low carb game changer for me and I am having way too much fun messing around with it to create new keto recipes. It’s not perfect for everything but it sure works like a charm for any kind of pastry or pizza dough. Fathead cheese danish or low carb stromboli, anyone? And it still just startles me that it’s made with mozzarella cheese.

Like, seriously. Who sat down one day and said to themselves “I am going to make low carb dough out of cheese and see if it works”? Because while I am incredibly creative and innovative with my recipes, I am also quite certain I never would have thought of this. But that’s the nice part about the low carb recipe creation world. We can all learn from each other and build on each other’s work. 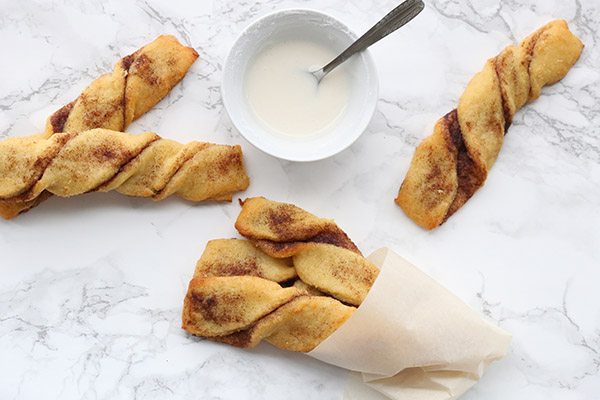 This dough isn’t exactly tricky to make, but there are some tricks to getting it right. And so, at the request of several readers, I have created a video that walks you through the steps. This is for a sweet version of the dough, but the same tips apply to the savoury version too, you simply leave out the sweetener.

Now that I’ve made several recipes with it, I have learned a few things. First of all, don’t roll your dough out on parchment paper. It’s much too springy and it pulls and wrinkles the paper so that you end up with creases in your dough. Turn it out onto a silicone mat or even right onto the counter, if you need to. Then you can top it with parchment and roll it out that way. Also, if your dough is a little too sticky to work with, dust it with almond flour and knead that in a bit until it firms up.

And one reader gave me another little trick that saves one step and one bowl, and that is to melt your butter right in with your mozzarella. Less mess and less to clean up afterward! That worked beautifully for me in these low carb cinnamon twists.

These little pastries make a wonderful breakfast treat. I’ve made them several times and my kids keep asking me to make them again. So if you’ve been itching to try the low carb mozzarella dough, just dive right in. I hope you find my video and all of my tips helpful. Enjoy! 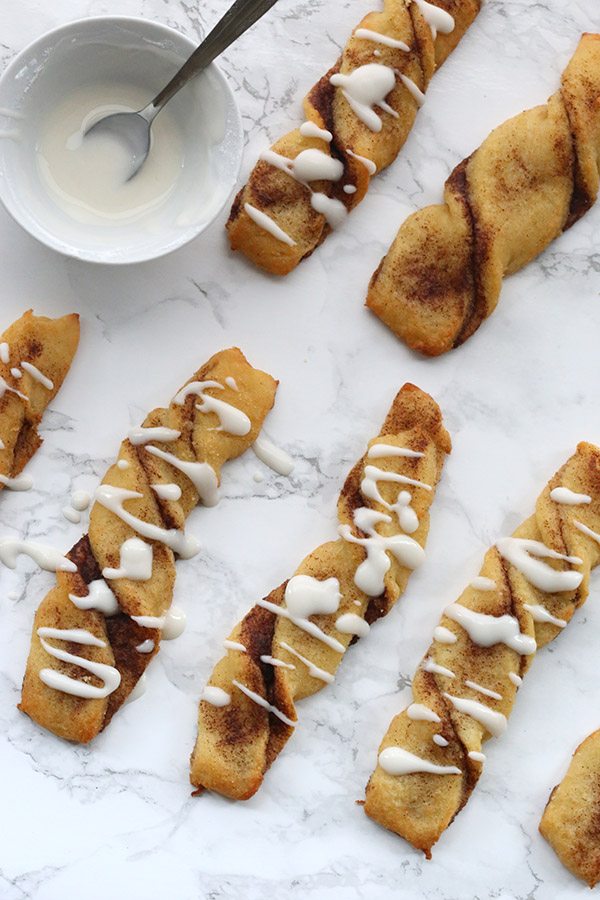 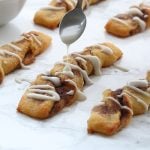 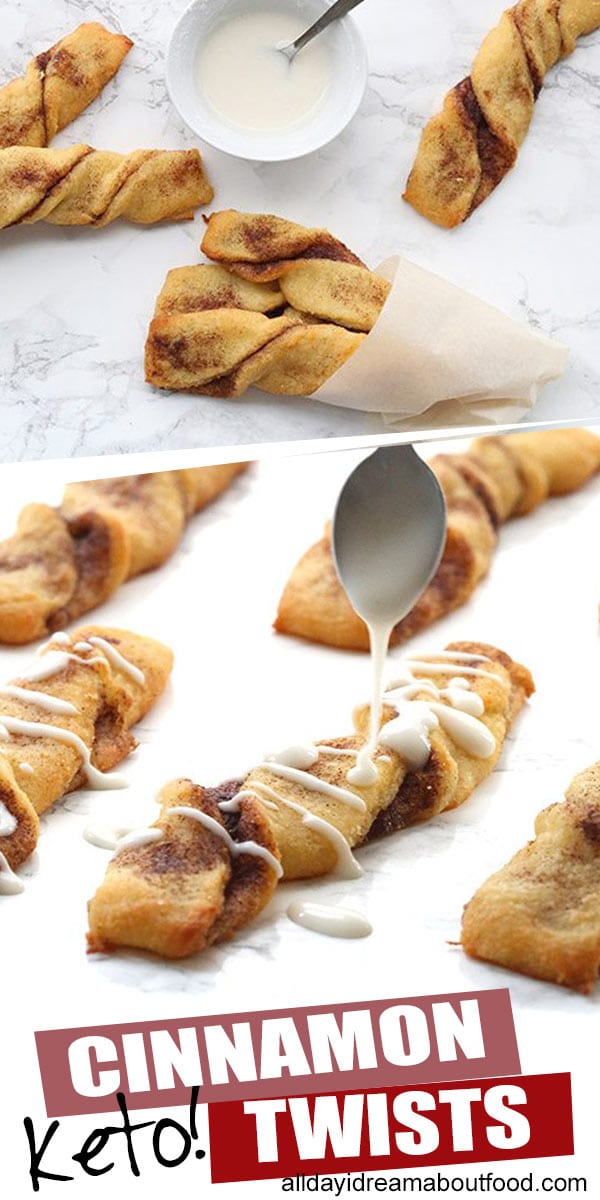