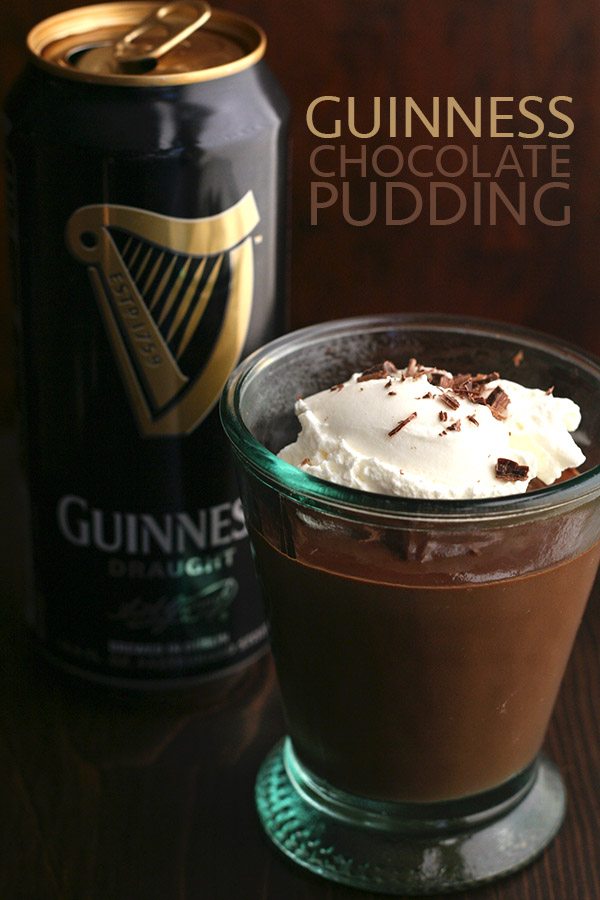 The world can be divided into two types of people: those who love Guinness and those who detest it. That deep dark stout from the Emerald Isle is a very divisive beer, and there really is no in-between. There are no people who only sort of like Guinness or who don’t really mind Guinness. There are just lovers and haters. I am a lover. I love how thick and rich it is, and I love that hint of bitter chocolate. My only problem with Guinness is that I can never finish it. It’s so filling, I rarely get more than half way through before I am done. Which I suppose isn’t a bad thing, really.

One of the few times I finished a full pint of Guinness was when I visited the Guinness Brewery at St. James’s Gate in Dublin. This was back in my carefree, diabetes-free grad school days, when Tim and I backpacked through Ireland. I believe I actually drank more than a pint, as we somehow ended up with an extra drink ticket. Being good, free-spirited 20-somethings, we dutifully split a second pint. And even though that was filling enough to be my supper, I had to do it. I couldn’t let my Irish heritage down and walk out of that brewery with the shame of not being able to finish a Guinness. 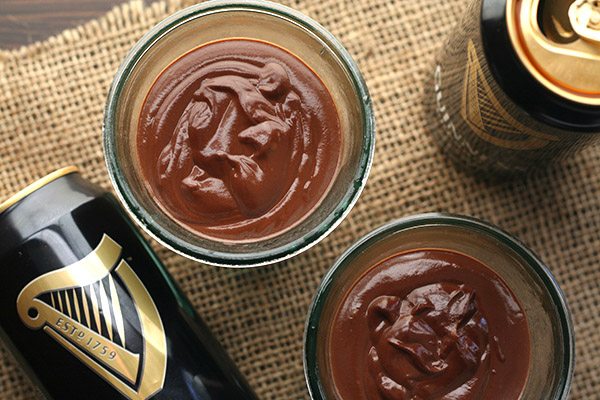 These days, I really don’t drink much beer at all, let alone Guinness. And it’s not because of the carbs either, as I find that the alcohol content of the beer helps offset the carb count. And did you know that Guinness actually contains fewer carbs than many regular beers? Strange but true. I could probably drink it with impunity, but I don’t. It still fills me up and I prefer to have enough appetite to eat my meals with gusto. But there is still room for Guinness in my life on occasion and as St. Patrick’s Day approaches, that occasion is now! 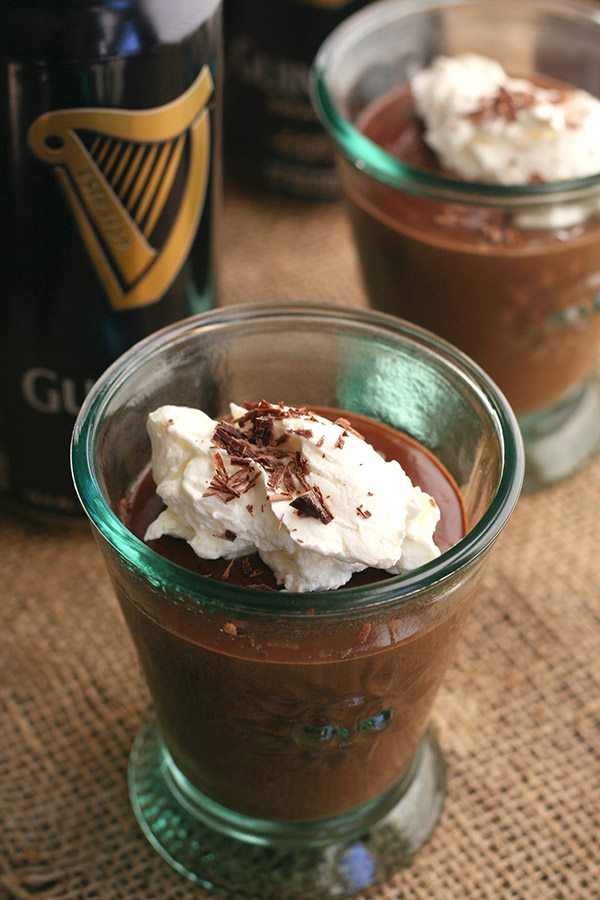 Guinness isn’t gluten-free, of course, so anyone who wants to make this chocolate pudding and needs it to be completely gluten-free, you are going to have to grab yourself some GF beer! With all the demand for good gluten-free food and drink these days, the market has really come along way in that regard. I hear great things about Omission Beer, brewed here in Portland, and I keep meaning to try it. And there is even a GF stout called Imperial, although I have no idea if it’s tasty or not. I think it wouldn’t matter so much in this recipe. It’s going to be best with a stout beer, to play off those bittersweet chocolate notes, but it should work with any beer you want to try.

Warning! This is rich stuff and a little goes a long way. But it’s delicious and a great way to celebrate St. Paddy’s. Céad míle fáilte, my friends. 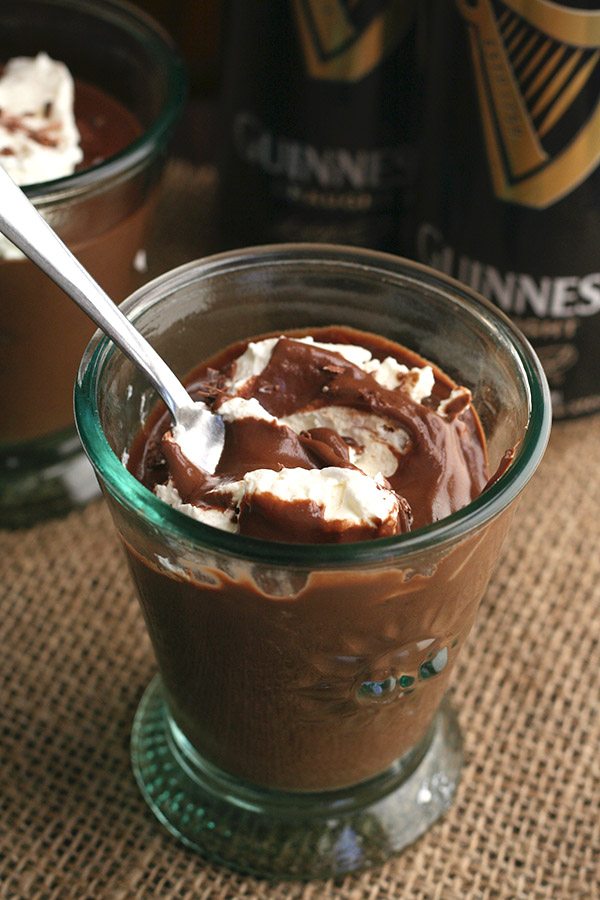 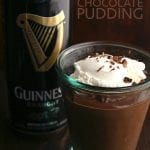