Tart low carb key lime bars made with coconut milk and coconut oil for a delicious tropical treat. Dairy-free and gluten-free. And a fantastic giveaway from Keurig Green Mountain coffee! 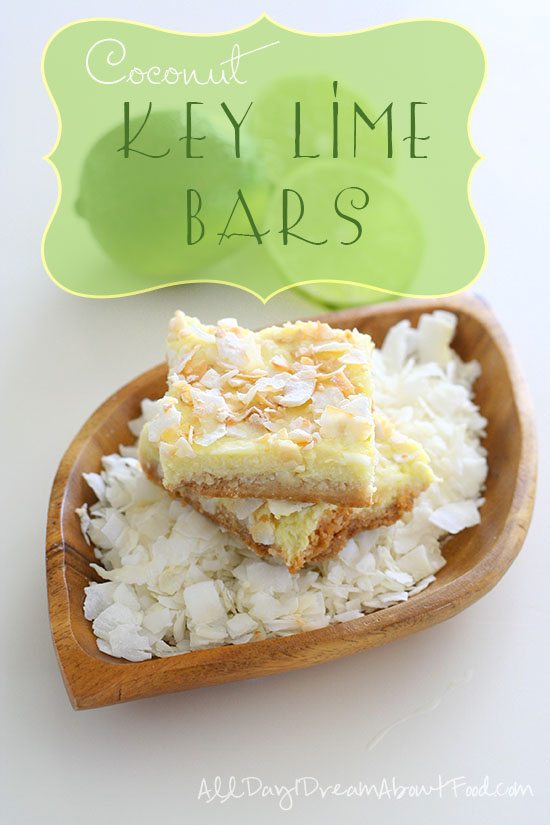 Key limes are funny little things. They are so tiny and tart, and they are definitely harder to cook and bake with than conventional limes. At least, they are if you squeeze them by hand. It took me a whole bag to get enough juice to make some low carb key lime bars. So, ahem, you may have noticed that the limes in the photos for this recipe are the larger conventional Persian limes. Yeah, that’s because I had to use every little bit of those cute little key limes for the juice. But you know what? It’s totally worth it. They have that incredible tart-sweet flavour that whisks you away to the tropics at the first taste. Combine it with coconut and it doesn’t matter that you live in New England and there is still snow on the ground, you find yourself basking in a sunny warm glow. 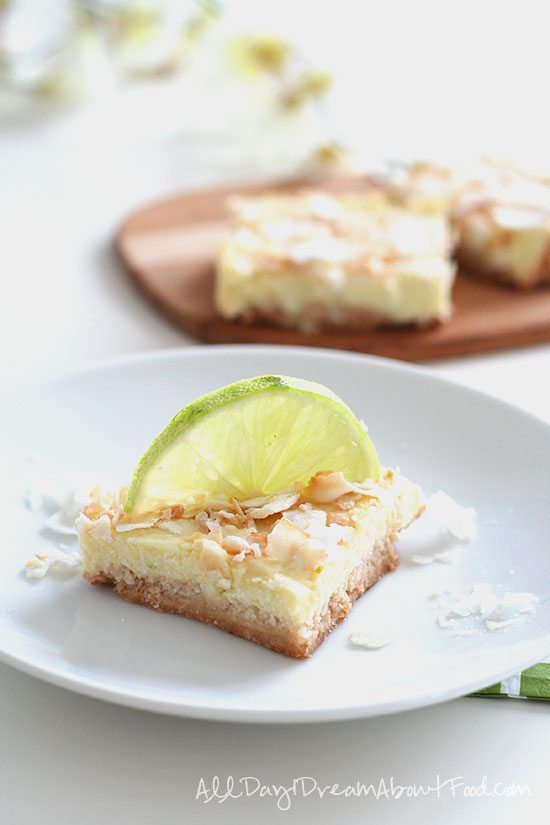 Keurig Green Mountain coffee also has a new limited edition seasonal flavour that has the same affect. I am typically not one for flavoured coffee, but their new Island Coconut is a tropical dream. It comes in both k-cups and ground coffee and it is available starting March 24th for a limited time to welcome in Spring. If you struggled with this miserable winter like I did, it’s a real treat to wake up in the morning and get a little taste of the tropics. And I have to be honest, if you drink a mug of Island Coconut while munching on a Key Lime Coconut Bar, you’re in tropical heaven. I was supposed to create a recipe WITH the coffee, but I like it so much, I’d rather drink it on its own. So I created a recipe that pairs well with it instead. 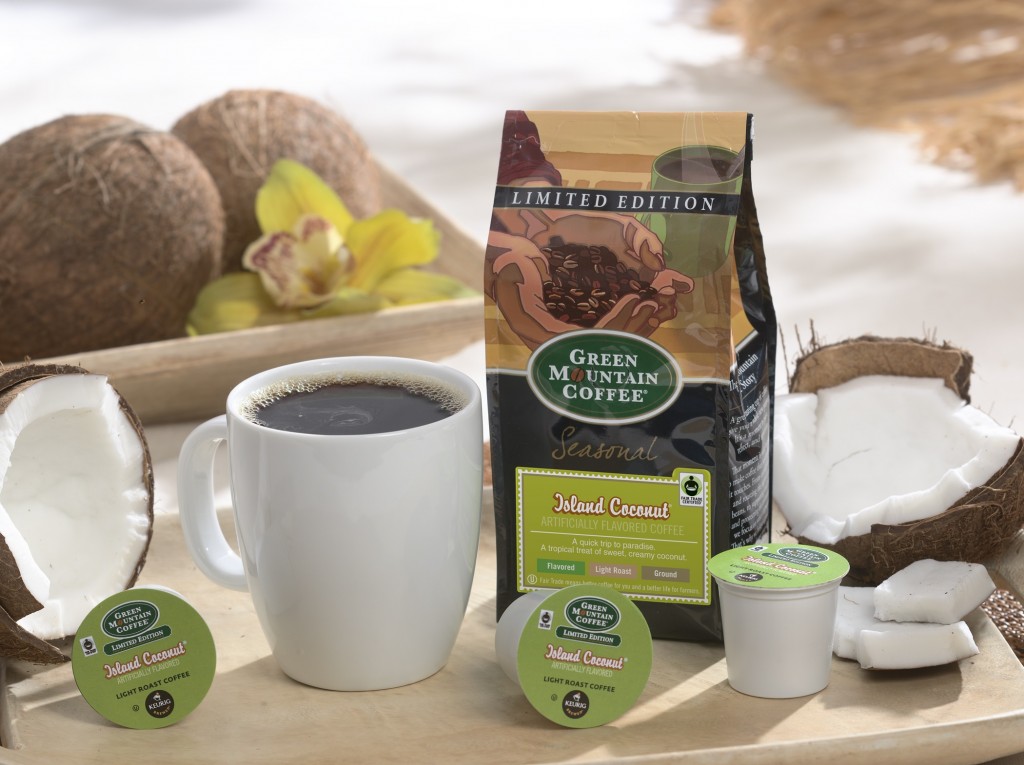 And Keurig Green Mountain wants to give you the chance to win a Keurig one-cup coffee maker and some Island Coconut k-cups. There are also 2 second-prizes of the bagged Island Coconut coffee, so get in there . This giveaway is being hosted by 10 New England/New York area bloggers and you have plenty of chances to win!

These bars ended up being dairy-free almost by accident. I realized I was nearly out of whipping cream, but that I did have a can of coconut milk in my cupboard. Since I intended them to be a key lime coconut combo anyway, I figured it was the perfect solution. My original intention was to make some of my low carb condensed milk but instead I simply simmered the coconut milk with the sweetener for a little bit and then thickened it up with some xanthan gum. A little coconut oil in the base instead of butter allowed me to make them fully dairy-free and really enhanced the coconut flavour. And I will be honest, I really did eat these for breakfast a few times, along with a cup of my Island Coconut coffee. And for those few precious moments, I could close my eyes and pretend I was lying in a hammock strung between two coconut trees with a gentle breeze rustling by. Then my kids got up and it was back to reality. Ah well, a girl can dream, right? 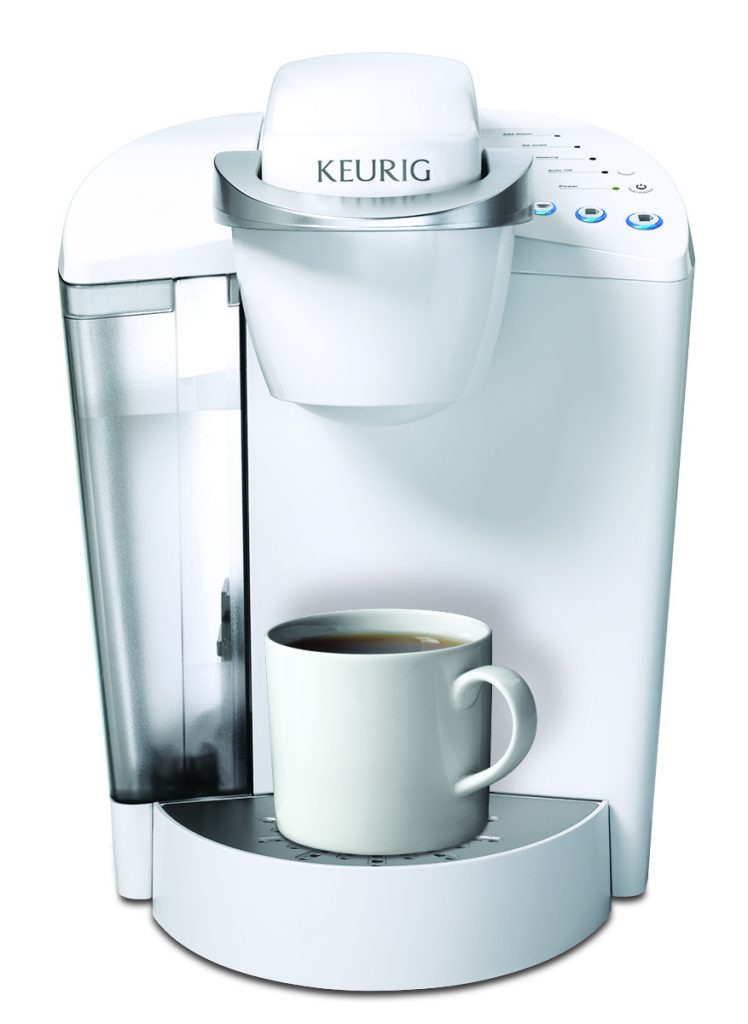 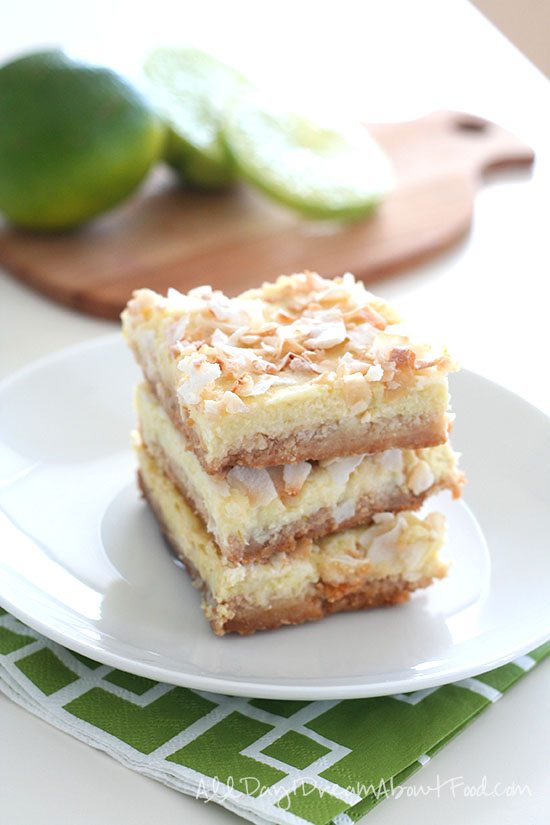 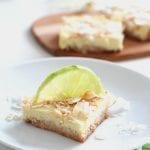