Want real old fashioned peanut butter fudge on your low carb diet? This is the recipe for you! Sweet and creamy and oh so fudgy. Perfect for your healthy sugar-free and keto lifestyle. 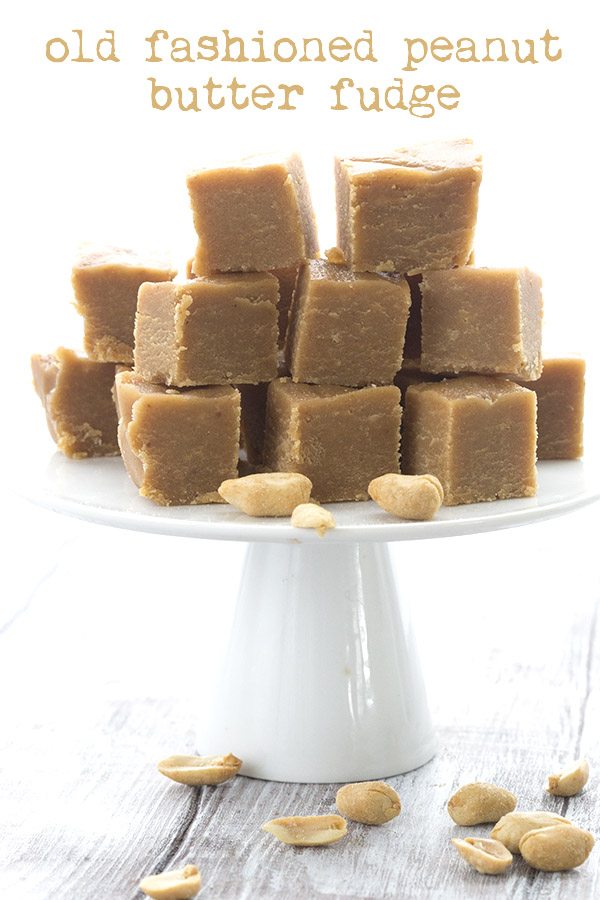 I am about to voice a very strong opinion and it may not be a popular one. I apologize in advance if I offend but it simply needs to be said. If you disagree with me, I am okay with that. We may need to go our separate ways, though. I feel that strongly about the subject and I am willing to lose some friends over it. Are you ready? Hang on tight, because sparks are going to fly!

Cream cheese ain’t got no business being in my fudge! 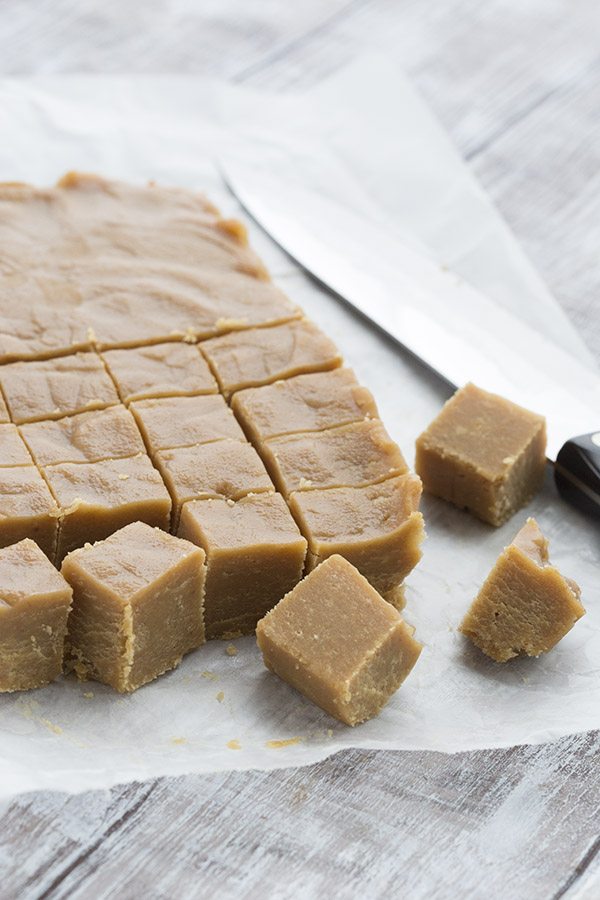 There, I said it. Like it or lump it, I don’t care. Just don’t try to pass off your cream cheese concoctions as fudge, please. It might be some sort of delicious confection on its own but it’s not fudge and I am not fooled. Don’t you remember your pre-low carb days when you walked into a fudge shop and watched them paddling the mixture, spreading it out on marble slabs and folding it over and over again until it began to hold together? Did you see any cream cheese in there? Nope, me neither. Because it doesn’t belong.

When I started low carb, back in the day, I did try my hand at this cream cheese fudge stuff. And while it was okay, it never really suited my palate. It wasn’t fudgy enough and it had a distinct tangy cream cheese (or cheesecake) taste. While I love cheesecake in and of itself, it’s not the same thing as fudge and nor should it be. Real fudge comes from boiling milk and a lot of sugar together until it reaches the “soft ball” stage. That’s tough to do with low carb ingredients, in part because low carb sweeteners don’t behave the same way as sugar. So people add in things like cream cheese to give it the proper consistency and structure. But it just doesn’t taste the same. 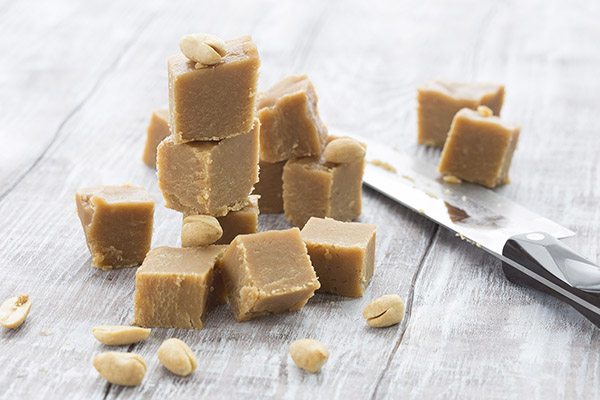 I spent some time researching traditional peanut butter fudge recipes to come up with keto version. This gorgeous peanut butter fudge from Julie Blanner ended up being my guide, as it contained no corn syrup. I replaced the milk with whipping cream and I cut WAY back on the sweetener (because 5 cups of sweetener? Too expensive and WAY too sweet for me). And I had something that was just about the right consistency but maybe a little too soft. So I “fudged” it (pun absolutely intended) and added just a little peanut flour to help stiffen it up.

The end result? The most delicious low carb keto peanut butter fudge you will ever have. No cream cheese anywhere in sight. The end.