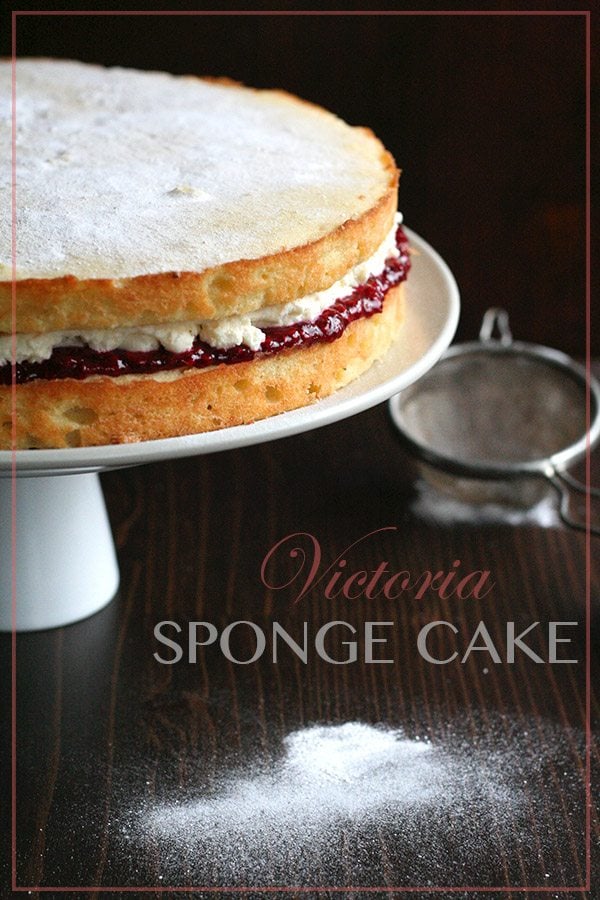 Are you a Downton Abbey fan or do you think it’s the Masterpiece Theater equivalent of a fluffy meaningless soap opera? I don’t really care what the critics may say, I am addicted. Regardless of increasingly complicated plot lines and lack of significant historical commentary, I can’t take my eyes off the show and the characters. I adore them all, even the villainous Thomas and all his machinations. We DVR it every week so we can watch it at our leisure. Which means that I haven’t yet seen the season finale from last night and I will kill you if you spoil the ending for me. I am not making idle threats!

I have a long-standing love of British period pieces, both written and filmed, and it hardly matters what period we’re talking about. Growing up, our bookshelves were filled with classic novels and being an avid reader, I was devouring them all at quite a young age. Thomas Hardy, DH Lawrence, Dickens, The Bronte sisters, George Eliot, W. Somerset Maugham, E.M. Forster; anything from Jane Austen forward, I was reading. I probably didn’t understand some of the more complicated portions and I certainly didn’t understand the historical significance of these books, but I drank it all in, practically by osmosis. Sure, I read my fair share of Sweet Valley High and The Babysitters’ Club, but if it was British and written in a bygone era, I ate it up with a spoon. 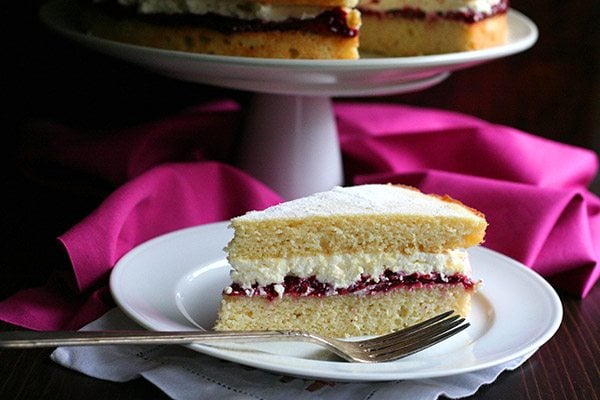 So you can see why Downton is just the sort of television series I would like. I don’t have a lot of time for TV, but my husband and I like to pick a series to watch together and do “date nights”. We set our kids up with a movie and dinner downstairs while we repair to the other TV with plates of something delicious and a drink or two. We get ourselves really into it, discussing the characters like they are close friends. And every word that comes out of Dame Maggie Smith’s mouth quickly becomes quotable material for us. Recording it is important because we have to often stop and hit replay on a few of the more intense, or funny, scenes, just to enjoy them again. 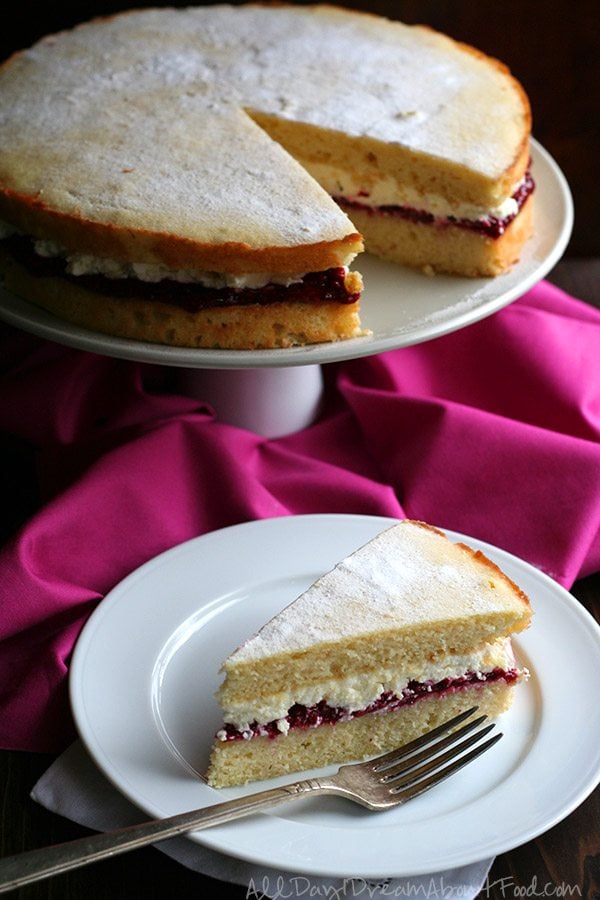 And I am always eyeing Mrs. Patmore’s culinary creations. Even though good ol’ Queen Vic had passed by the time Downton Abbey takes place, I could easily see a Victoria Sponge being served to the Crawleys at tea time. They are such a simple and yet elegant cake. Most recipes use clotted cream, one of my favorite British treats, but I wasn’t about to go spend $7 a bottle (and I’d likely have needed two or three bottles for this cake). So I faked my own version by over-whipping heavy cream, which I’ve always noticed looks and tastes like clotted cream. And I have to give a shout out to my favorite brand of whipping cream, Organic Valley (no, I am not being paid for this, but oh man, I love the stuff). There are no fillers or gums or preservatives; it’s just straight up heavy cream from organic and mostly pastured cows. I easily go through two or three pints a week. One of the things I love about  it is the clumpy stuff that often collects just at the top. No, my friends, that is not a sign the cream has gone bad. That’s the good thick, almost clotted cream rising to the very top. If you can’t manage to mix it back into the rest of the cream, grab a spoon and dig in. It’s delicious and far too good to waste!

Check out this post from The View from Great Island to make your own Homemade Clotted Cream. 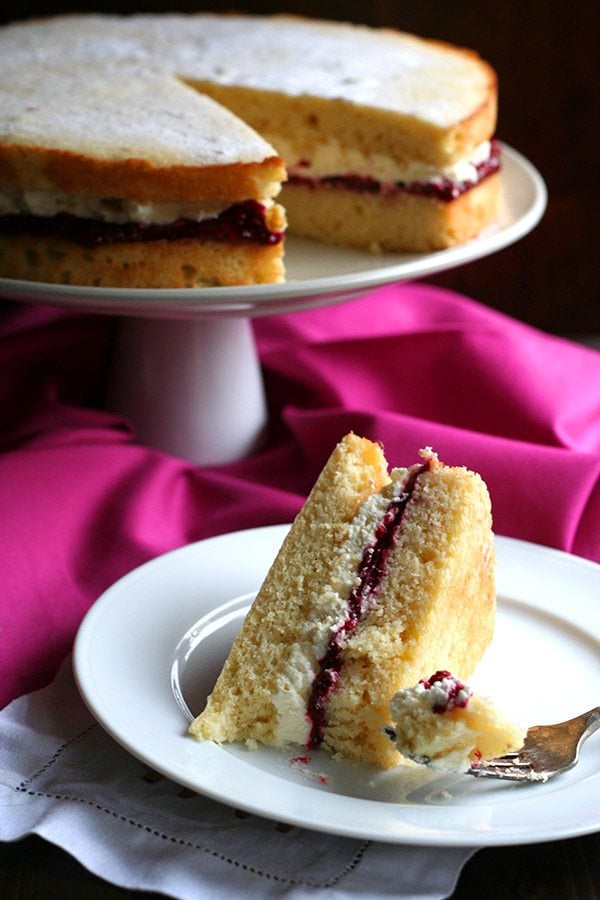 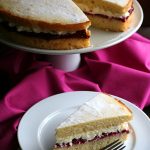