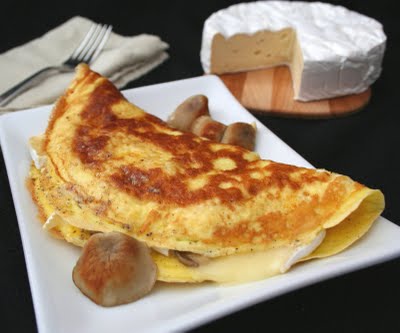 My husband and I have a very egalitarian relationship, so it’s interesting to note that ever since I became a stay-at-home mother, we have fallen into some traditional roles around the house. Obviously I now do the majority of the childcare, but it’s more than just that. He does most of the yardwork, the mowing and the raking and the clipping, while I tend to the vegetables. I do almost all of the cooking and the dishes, while he takes out the garbage and sorts the recycling. It’s funny how we have fallen into these roles without ever any discussion, or ever really noticing that it was happening.

He’s been exceptionally busy at work lately, so in an effort to help him out, I recently started taking out the garbage. And I was startled, and delighted, to discover that in a week’s time, we only produce a single kitchen-garbage sized bag of refuse. For a family of five, I’d say that this is pretty remarkable. Obviously we recycle a great deal, but much of the reduction in our waste can also be chalked up to composting. Every little bit of vegetable matter goes into our stainless steel compost container in the kitchen, and every few days it gets walked out to the large, aerated composter in the garden. And every spring, it gets spread over the garden plots and worked into the soil. I am very proud of this fact. 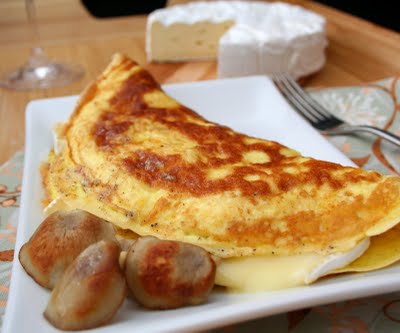 But there is always room for improvement, a fact which hit home when I was contacted by Back To The Roots, a company that produced grow-your-own mushroom kits. The pearl oyster mushrooms grow right out of a bag of used coffee grounds. Coffee grounds! How could I forget that my coffee grounds were compostable? I was very intrigued by the product, and thought it was definitely something I was interested in trying. The idea is fantastic and the company is on track to collect and reuse 1 million pounds of used coffee grounds from Peet’s Coffee & Tea in 2011. Now that is social innovation. I urge you to check out their website and read the story of two young men who were heading into the world of investment banking when they came up with this idea. Back To The Roots. 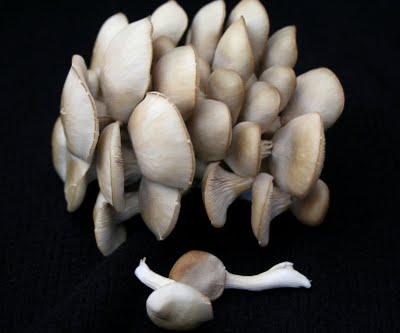 I received my own mushroom kit at the end of June, but what with kids’ school and vacations and camp, I didn’t get around to trying it until mid-July. I followed the directions and soaked my bag of grounds, then put it back in the box and misted it a couple of times a day every day (they conveniently include a little mister bottle, which will come in handy for other things after I am done with the kit!). I kept the whole thing on our kitchen windowsill, with the window open a crack for fresh air. Nothing happened for a few days and I worried I hadn’t soaked it enough or had done something wrong. But then I saw a little set of spores growing. And when those things decide to grow, it happens fast. Even within a few hours, they’d be bigger than when I last looked at them.

When they looked about as big as they were going to get, I knew I had to think of a recipe to use them up. As always, my mind first went to the elaborate, trying to think of some gourmet dish that would entice my readers. But I was hungry at that exact moment and I really wanted to taste the mushrooms right then and there. I also had some farm-fresh eggs and some brie in the fridge and I realized that a simple omelet would showcase the fresh mushrooms perfectly. So I sauteed them lightly with butter and garlic, whisked my eggs and cream and cut some slices of brie. And I had just about the best lunch I’d had a long time. Oh, and I managed to fire off a few quick photographs before I devoured the whole thing. 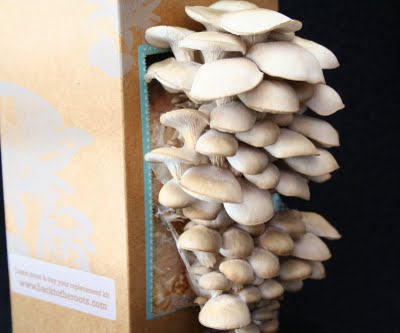 The great part is that Back To The Roots would like to give one of my readers their very own mushroom kit. If you like mushrooms, you will love this little kit. It’s really quite fun to watch these things sprout right out of used coffee grounds. And it doesn’t hurt that they are tasty little things too, especially when sauteed with garlic and butter! 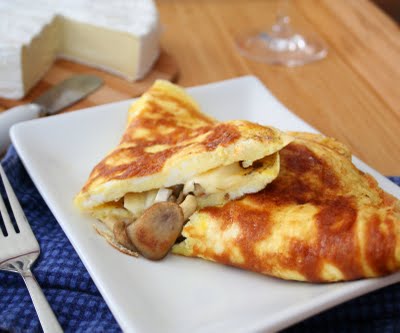 Melt butter in a medium skillet over medium heat. Add mushrooms and garlic and saute until mushrooms are soft and lightly browned, 3 to 5 minutes. Remove mushrooms from pan and maintain heat.

In a medium bowl, whisk eggs and cream until well combined. Pour mixture into pan and season with salt and pepper. Cook, undisturbed, until the center is moist but no longer runny and the bottom is golden brown, about 3 to 5 minutes.

Arrange mushrooms and slices of brie on one half of the omelet and fold the other half over. Remove pan from heat and let sit another minute or so, until brie is melted.