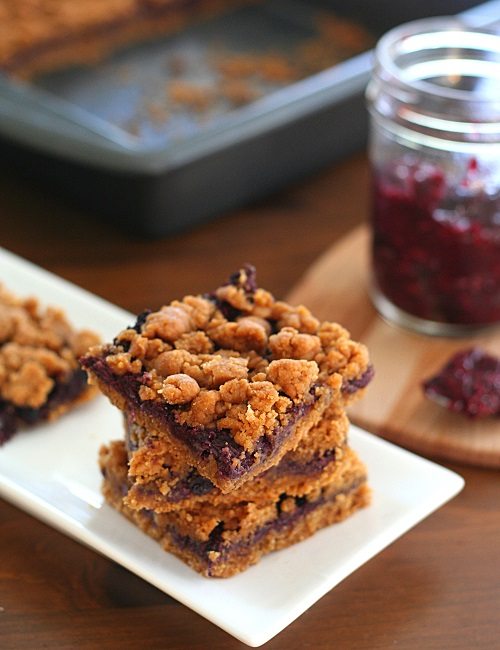 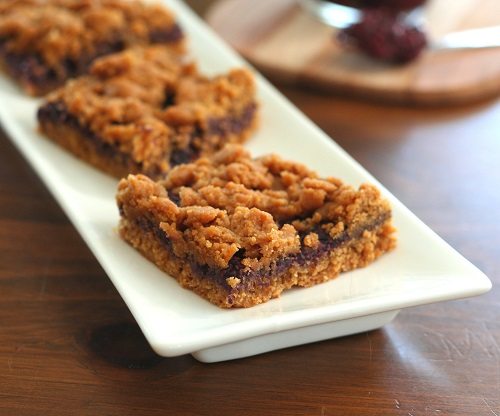 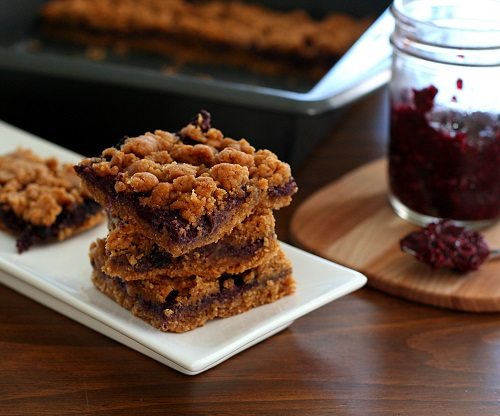 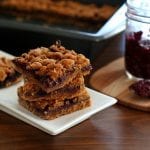 These low carb bars have a tender peanut butter crust and a raspberry chia seed jam filling. A healthy twist on Peanut Butter and Jelly Bars.