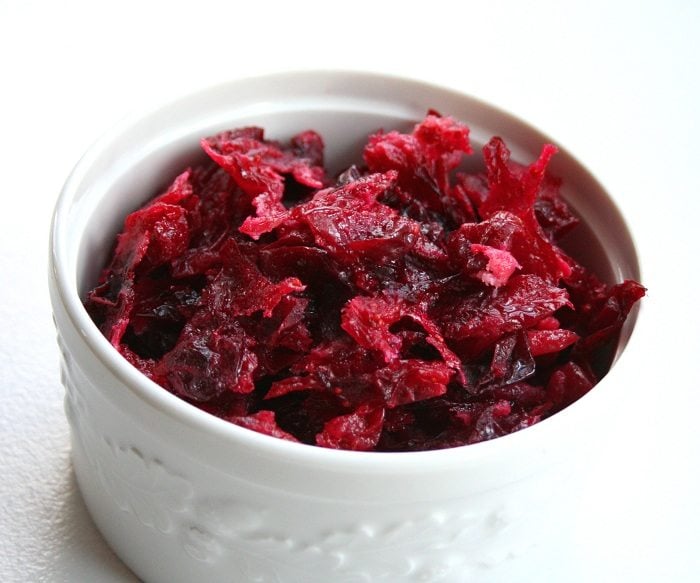 If there is one thing I’ve learned over two and half years of being low carb, it’s that you need to be prepared.  You are far more likely to slip and get off track if you don’t have a good array of tasty low carb foods around to keep you satisfied.  Let’s face it, we live in a gluten and sugar-filled world, and it’s hard to resist temptation when it’s in your face all the time.  So making sure to have your pantry well-stocked with low carb goodies is absolutely crucial.  And if you are a baker such as myself, entering the world of low carb and gluten-free baking is daunting, to say the least.  And the ingredients aren’t cheap, either!  How do you know what ingredients will work best?  What are the basics you should spend your money on?

I’ve done enough experimenting with a huge array of low carb and gluten-free ingredients and I want you to benefit from my experience.  I write this from the perspective of the low carb newbie.  If you are just starting out, this is my list of the most crucial items I think you should have on hand.   Even if you never bought anything more than what’s in this list, you will find yourself able to create wonderful  muffins, quick breads, cakes and even cookies and all the more likely to stay the low carb course.

I’ve also included my new and improved recipe for sugar-free dried cranberries.  The holiday baking season is quickly approaching and these sweet little guys will be very useful! 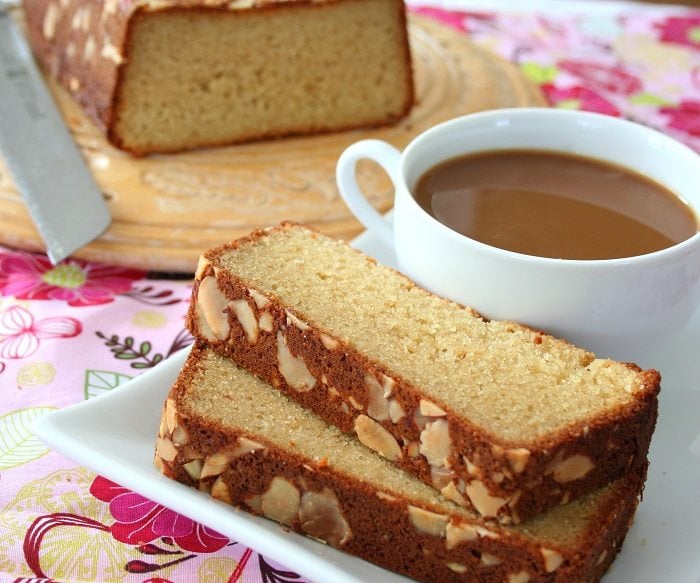 One of my favourite almond flour cakes

Almond Flour – If I were to pick one low-carb “flour” for you to use exclusively, it would be almond flour.  And if you want really great, fine-crumbed cakes that rival their wheat-flour counterparts, you want the really finely-ground, blanched almond flour.  Almond meal and other nut meals are very useful and make great muffins and scones but they often aren’t that finely ground and the end result will inevitably be more coarse.  I know almond flour can be pricey, but depending on what you are trying to make, it’s worth it.  I recommend either Honeyville or Oh Nuts.  And all nut flours and nut meals make great breading for chicken and fish too.

Multiple Sweeteners – There are a lot of low-carb sweeteners on the market and the number seems to be increasing.  I definitely have my favourites, but I keep others on hand because they all behave a little differently and have different uses.  In the beginning, I used some sucralose but I quickly decided that don’t like it, so I no longer used it at all.  But I always have on hand some erythritol (Swerve Sweetener brand), liquid stevia, and xylitol.  I typically stick with Swerve and stevia, but it really depends on what I am planning to make, and I like experimenting.  And different people react to the various sweeteners differently, so it is worth trying out a few kinds before you find your favourites. 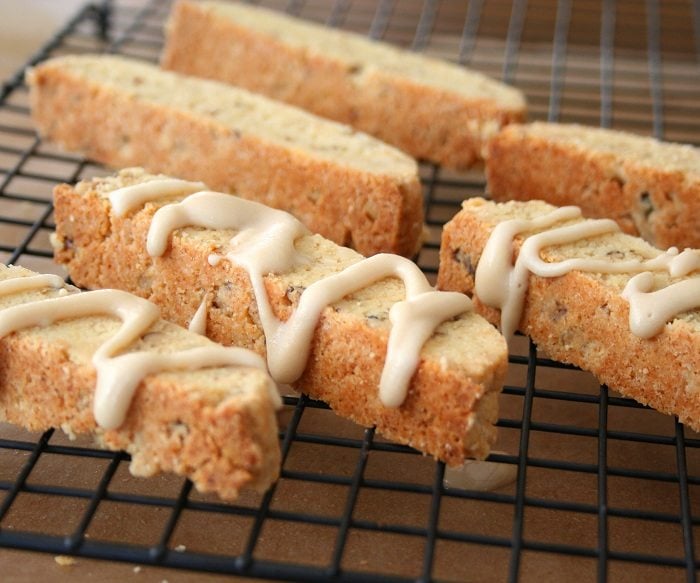 Protein Powder – One of the many magical properties of gluten is that it helps baked goods rise and hold their shape.  Since gluten is a protein, subbing in another protein in its absence can help.  I like to use unflavoured whey protein or vanilla whey protein, but there is also hemp protein powder and soy protein powder.  Flavoured protein powders can be a bit overpowering and have a lot of sweetness, usually from artificial sources, so I try to stick with unflavoured when I can.  I like Jarrow Unflavoured Whey Protein because it’s gluten free and has no sweeteners.

Flax Seed Meal – I am continually astonished by the amazing uses of flax seed meal.  Particularly golden flax, as the lighter colour tends to blend in to baked goods.  My favourite pancakes are made with golden flax seed meal and I swear that they are virtually indistinguishable in taste and appearance from conventional pancakes.  I use flax seed to increase the nutritional quotient in many baked goods, but it also helps to bind them.  In vegan recipes, flax seed meal and water are used as replacements for eggs, so it’s no wonder it helps hold baked goods together.  It makes great granola and crackers too.  Useful stuff! 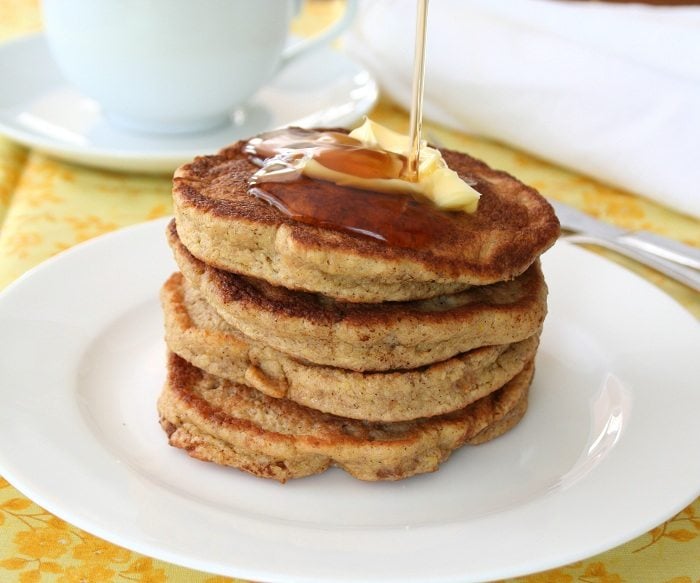 My favourite pancakes, made with Golden Flax!

Eggs – Most low carb baked goods call for twice as many eggs as their conventional counterparts.  I usually buy 2 to 3 dozen a week.  Plus eggs make a wonderful quick dinner, when you are pressed for time and can’t think of anything else.  Just don’t actually put them IN the pantry…they really need to be refrigerated!

Coconut Oil – I love butter, but coconut oil is incredibly useful in low carb baking.  It lends a tenderness to baked goods that is unrivaled.  I tend to use it interchangeably with butter but if I want a really tender texture, coconut oil is the way to go.  It can really make a difference in the texture of low carb cookies. Plus I really love the slight coconutty flavour it gives the results – it’s only there if you know it’s there, unless you play it up with other coconut flavours.

Unsweetened Cocoa Powder and Unsweetened Chocolate – I will be forever thankful that chocolate in its unprocessed state is actually low carb.  And surprisingly full of fiber!  So do yourself a favour and load up on the unsweetened versions of chocolate.  You can add the sweetness in yourself, without all the sugars and other fillers of commercial chocolate.  It’s good for you, it really is!  Working with unsweetened chocolate is definitely a little trickier and it can seize up more easily, but after a little while you get to know how it will behave. 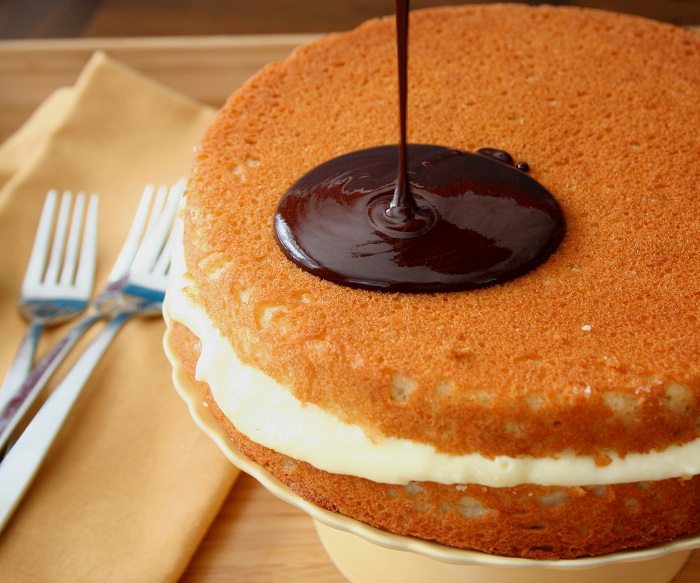 Xanthan or Guar Gum – A bag of either of these gums can seem shockingly expensive, but as you only use 1/4 to 1/2 a teaspoon in most recipes, it lasts a long time.  The bag of Bob’s Red Mill Xanthan Gum I bought 2 years ago is still on the go and I bake a LOT!  One of the biggest challenges when baking low carb and gluten free is how to get your cakes and muffins to hold together without gluten.  Gums like these are one of the easiest ways to overcome that obstacle.  I also find them useful as thickeners in puddings and ice creams, and when my oils seem to be separating out of the mixture, a touch of xanthan gum helps bring it all back together.

Unsweetened Almond Milk – I didn’t even realize such a thing as almond milk even existed until I was diagnosed with gestational diabetes, but I’ve found that it’s a great thing to have around.  The unsweetened kinds come in plain or vanilla, and have about a quarter of the carbs of regular milk.  It helps keep the carbs down in a recipe, while adding in liquid for cakes and muffins just as well as regular milk would do.  I also use it in things like hot chocolate, and I’ve even made eggnog with it.  My kids will happily eat it on their cereal too. 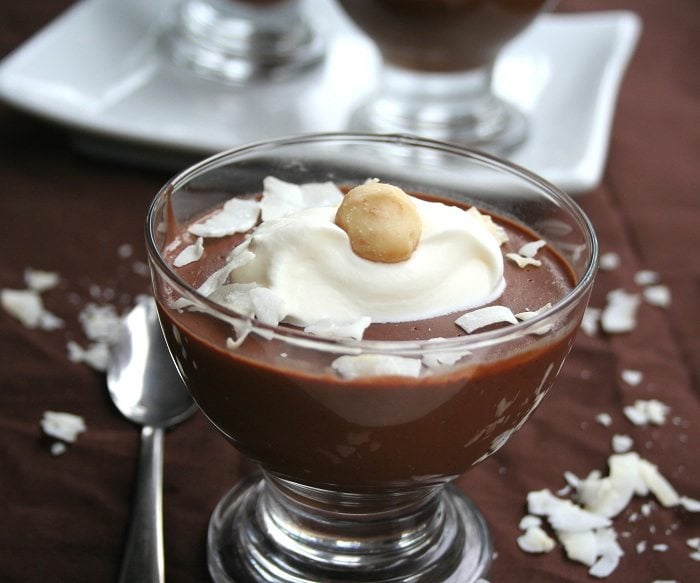 Once you get a little more comfortable with low carb baking, you can start trying out other ingredients like coconut flour, peanut flour, etc, that take a little more know-how to work with.  But these would be my choices for anyone venturing into low carb cooking and baking for the first time.  And remember, the internet is your friend.  Buying things in bulk online can help you save money on many of these ingredients.

Sugar-Free Dried Cranberries – And now to the recipe.  Unsweetened Dried Cranberries are incredibly hard to find, even on the internet and so, like many low-carbers, I’ve taken to making my own.  However, I haven’t really liked the results much, until now.  I was using a recipe I found on About.com, and I ended up with tough little dried cranberries that were okay to put in recipes, but weren’t very appetizing on their own.  They were more like cranberry “flakes” than the still somewhat juicy commercially dried cranberries I was used to.  They also took a lot of work and had to dry in the oven for 5 or 6 hours. I kept wondering if there was anything I could do to improve upon them or if I was forever doomed to tough, over-dried cranberry flakes for good.

Then it struck me that the thing missing from most recipes for homemade dried cranberries was oil.  Look at any package of commercial dried cranberries and you will see the ingredients:  cranberries, sugar and oil.  I also realized that the recipe I had followed heretofore was making things too complicated by overcooking the berries before putting them in the oven, which meant that they popped AND all of the juiciness came out.  You only need to cook them a little, to the point where they pop open, without boiling them.  Once they are popped, drain them, toss them with your preferred sweetener and some oil, and spread them on a pan.  And I found that baking them at 200F meant I could still get nicely dried berries in a shorter amount of time.  I believe it only took 3 hours, tops, to get this last batch dried.

I do still store them in the fridge after they are dried.  Sugar helps preserve regular dried cranberries, but low carb sweeteners don’t have that quality as much and I don’t quite trust that they won’t go moldy if left out.  But when kept in the fridge, they stay good for months. 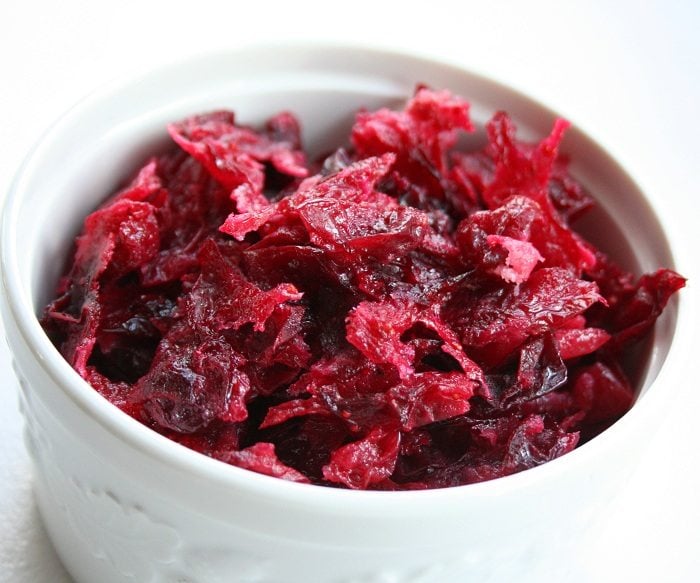 Check out my post on Sugar Free Dried Cranberries