Homemade sugar free marshmallows are easy to make and so fun to eat. These keto friendly treats are perfect in hot chocolate and delicious on their own. And they are almost completely carb free! You’re going to love this keto marshmallow recipe. 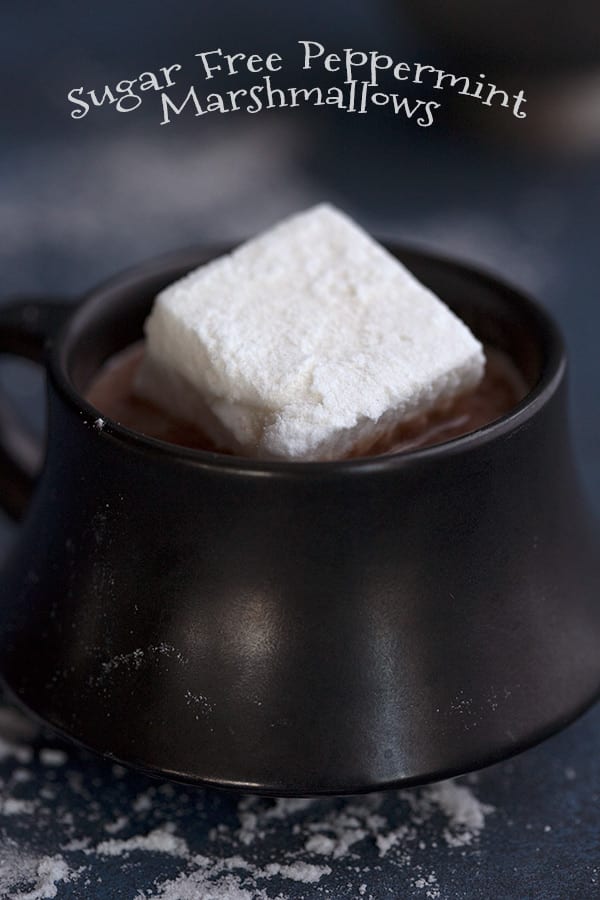 Why, why, WHY haven’t I tried homemade marshmallows before? Seriously kicking myself. Hard. Ouch! That hurt.

No really, I am absolutely astonished at how easy it is to make sugar free marshmallows, and I can’t believe I waited this long to try my hand at it. Especially since so many of you have been asking me for a recipe for a very long time.

Maltitol, and sorbitol, and sucralose, oh my! Causing you to run to the toilet multiple times after eating. I am not kidding. 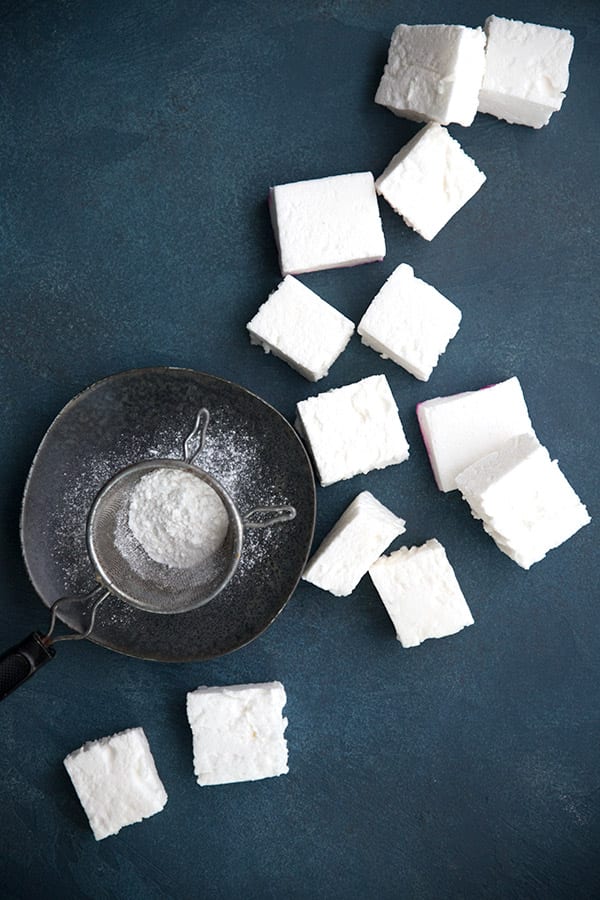 But now you don’t have to, because this homemade marshmallow recipe will blow your mind. It’s so easy to make and I have to say, the results are absolutely wonderful. And delicious!. I love them, my kids love them, and I even put them into a fudge I was taking to a Christmas party. It was met with enthusiastic approval by all who tried it.

Seriously, I am just so excited about this. It opens up a whole new world of delicious keto desserts, and I have lots of plans for these homemade marshmallows. 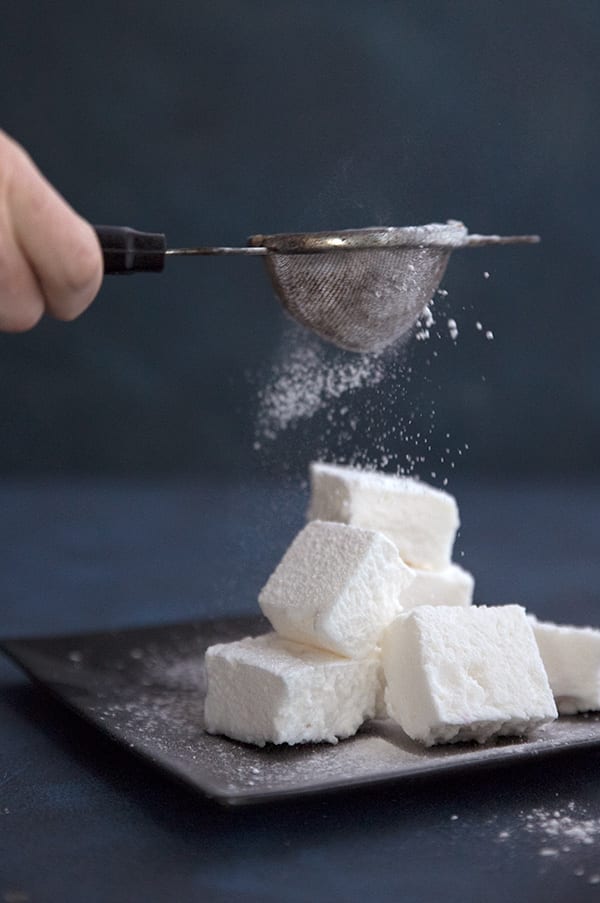 I don’t know what inspired me to finally give marshmallows a go but once I made up  my mind, I did a fair bit of recipe research. I honestly had little to no idea what marshmallows were even made of, besides copious amounts of sugar.

Turns out that many conventional marshmallows are made with both sugar and corn syrup, which clearly isn’t an option for those of us on a keto diet. But I did come across several recipes that were corn syrup-free. This is the regular marshmallow recipe I decided to follow, in terms of the overall method method. Her instructions were clearly written and easy to comprehend. 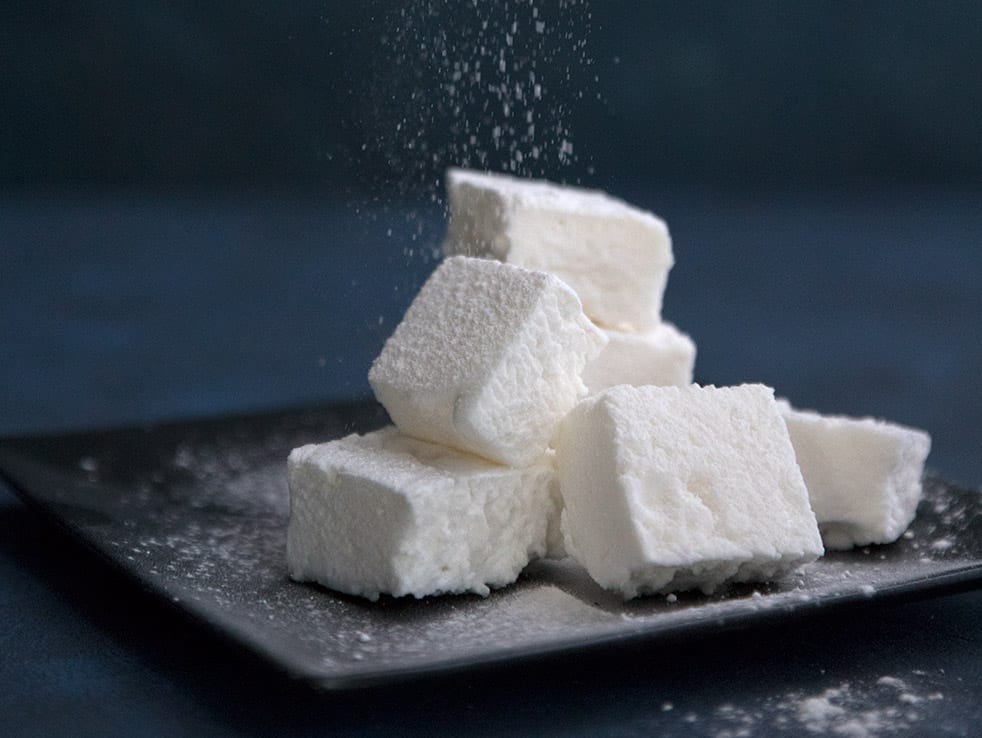 Once I realized that marshmallows are basically just gelatin, water, and sweetener, I was eager to try them. I’ve seen some keto recipes that use egg whites and I didn’t want to go that route so I took my chances on the gelatin only version.

However, I did a couple of things differently. I used a bit more gelatin and quite a bit less sweetener than the recipe called for. Conventional marshmallow recipes call for 2 cups of sugar and I used what amounted to 1 1/3 cup of sweetener.

And it worked like a charm! Hooray! I think I liked them so much more than regular marshmallows because they are less tooth-achingly sweet. 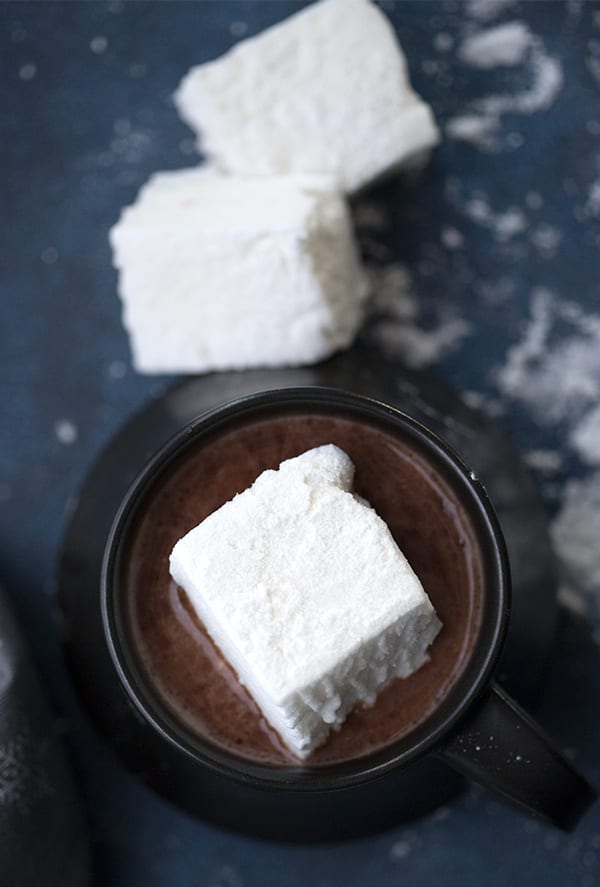 How To Make Sugar Free Marshmallows

I’ve made these several times already and I learned a few things along the way. So I figured I’d pass these tips on to you. 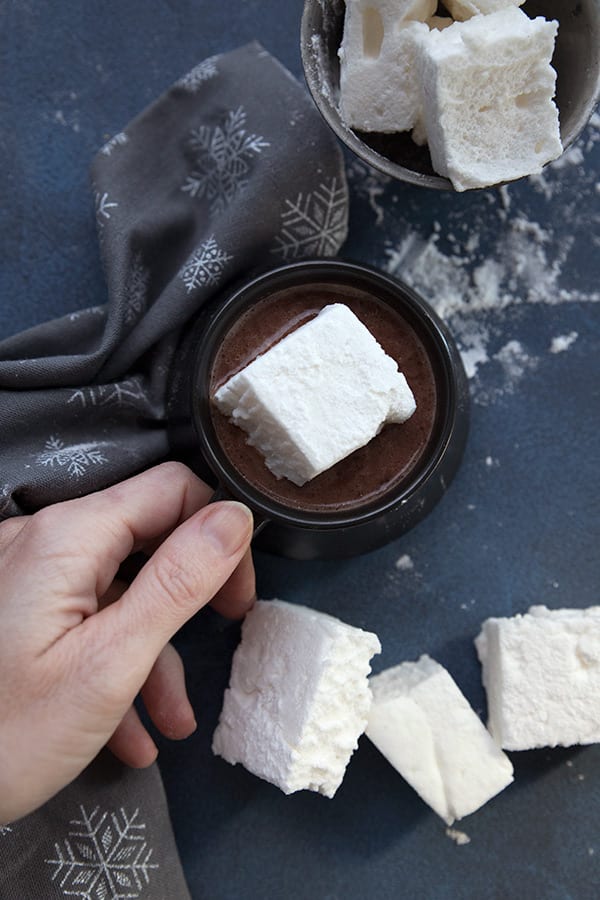 One more little note: If you care to dip them in chocolate or put them in fudge, freeze them for a few hours first. They won’t freeze rock hard but it does allow you to dip them or combine them with warm chocolate, without having them melt into goo.

I have yet to try roasting them. But just you wait until next summer! 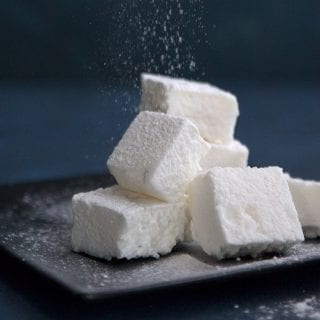 You really need the combination of two sweeteners here. One should be erythritol based, like Swerve or Lakanto. The other should be one of three possibilities: Bocha Sweet, Xylitol, or allulose.
Nutrition Facts
Sugar Free Marshmallows
Amount Per Serving (1 serving = 2 marshmallows)
Calories 14
% Daily Value*
Carbohydrates 0.1g0%
Protein 1.5g3%
* Percent Daily Values are based on a 2000 calorie diet. 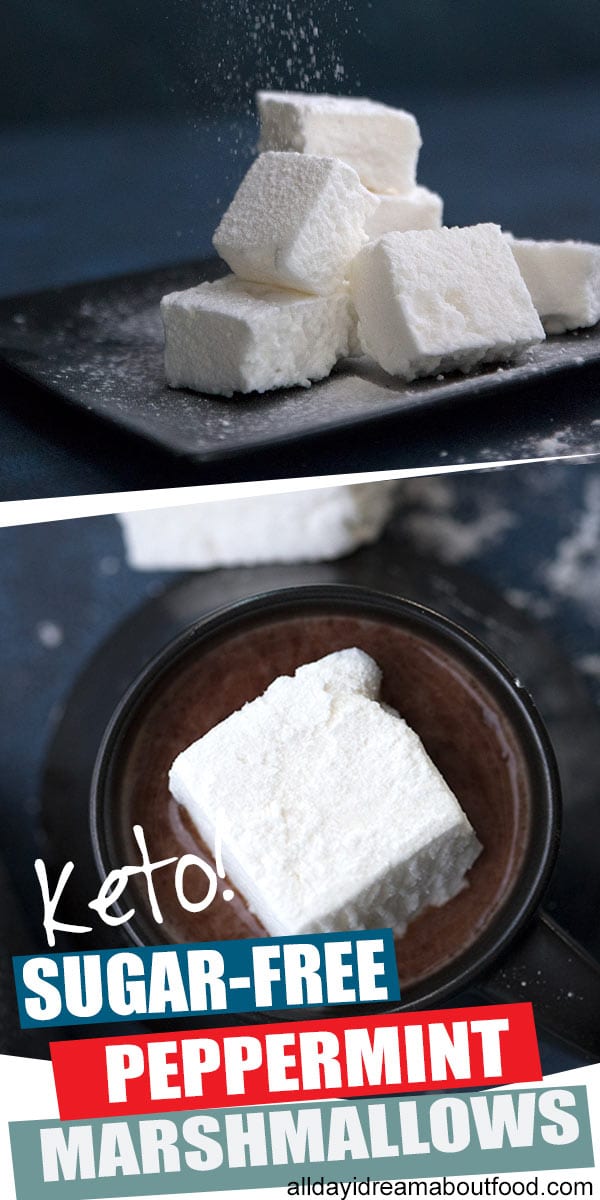