Tender, sweet low carb cookies with cardamom and walnuts. Whether you call them Russian Tea Cakes, Mexican Wedding Cakes or Snowballs, these are perfect for your Holiday baking. 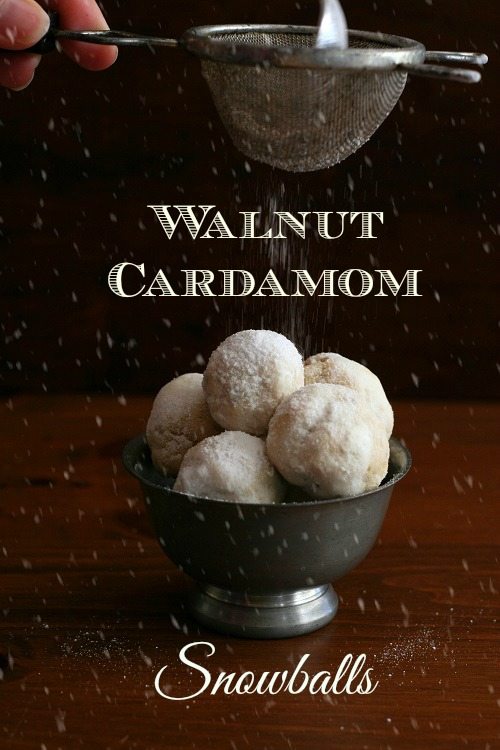 I got a very early jump on my Christmas baking this year. I typically don’t start until after Thanksgiving because it just seems wrong to start any earlier. I love Christmas but I don’t want to start in on it too soon, lest I get sick of all Christmas-related things before the big day rolls around. It’s my favourite holiday and I never want to risk being bored by it all before Santa and his reindeer have a chance to fire up the sleigh and take off from the North Pole. That would be a real tragedy. 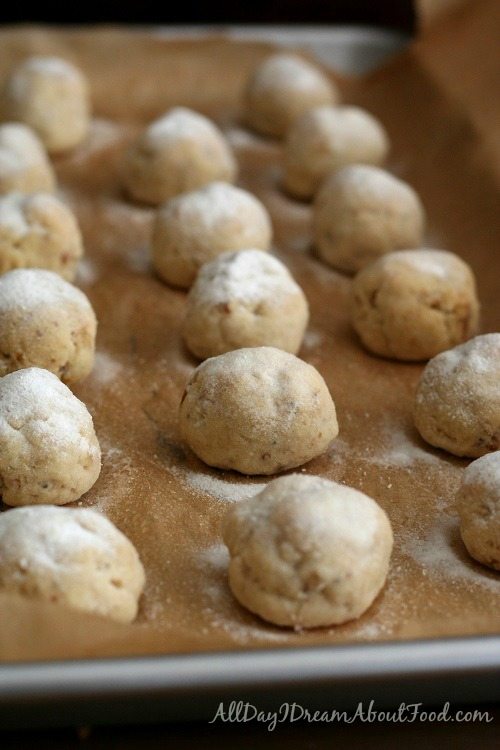 But with Thanksgiving being so late this year, I felt I had an excuse to start in on the baking early. I have so many ideas for Christmas goodies and I want you to be able to benefit from my recipes.  If I waited until November 29th to get baking, I wouldn’t have nearly enough time to put my ideas to the test. And photograph them and write them and bring them to you for your own holiday baking extravaganza.

Snowball cookies have been widely requested by many readers, being a standard holiday favourite for many families. And they aren’t always called snowballs. Some people call them Russian Tea Cakes, others know them as Mexican Wedding Cakes. Whatever you call them, they amount to the same thing…a tender, shortbread-like cookie in a round ball, sprinkled with copious amounts of powdered sugar. Since I managed to nail a low carb version of my father’s favorite cookie, the pecan crescent, last year, I knew low carb snowballs would be a cinch. 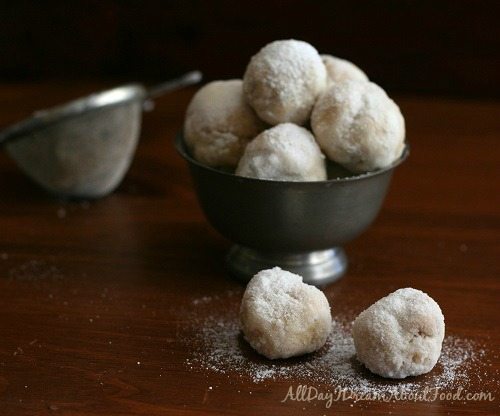 Or so I thought. The cookie part was easy. But a low carb powdered sweetener like Swerve is not the same as powdered sugar and it wasn’t as eager to stick to the cookies. I initially got a light little coating, but I wanted a bit more than that. I needed a little low carb ingenuity, it would seem. I attempted a light spritz of water from a spray bottle, but was worried that it would make the cookies a bit soggy. Finally I realized that I had to put the cookies into the powdered Swerve when they were still quite warm out of the oven and leave them for a second or two before I rolled them around. And I dusted them with a little more powdered Swerve after they had cooled. Perfect. 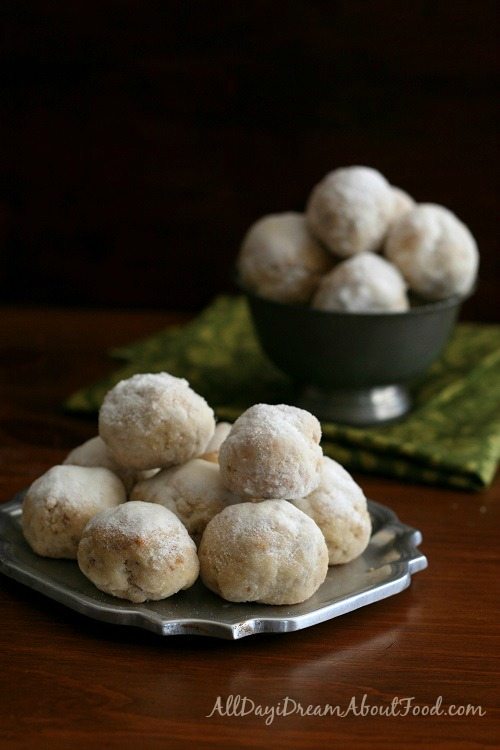 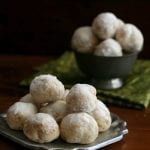