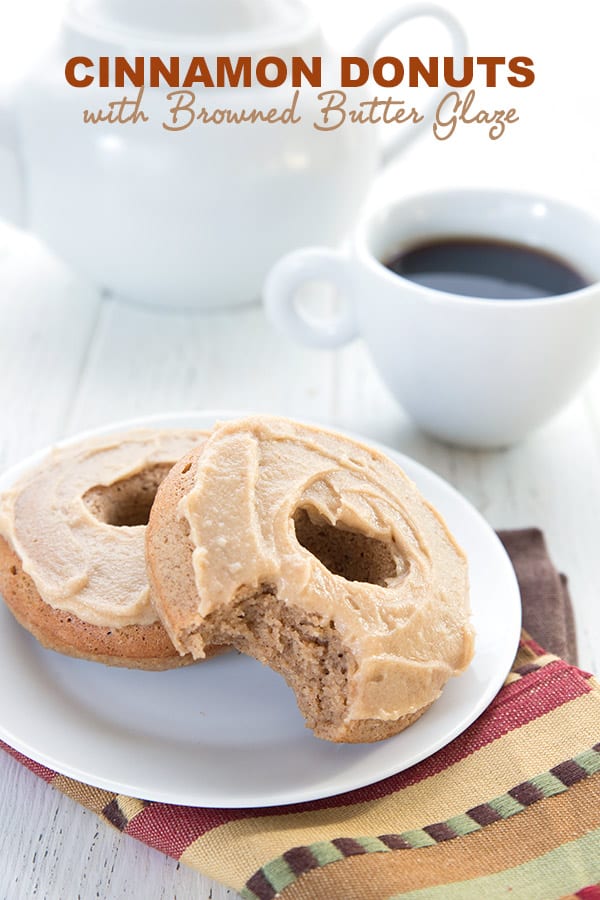 Prize winning keto donut recipe? Okay more like keto recipe battle winning. If you’ve ever seen the fun and hilarious High Falutin’ Low Carb on YouTube, you know what I am talking about. He takes two similar recipes from low carb bloggers and tries them both out, on camera.

And then of course he declares a winner. He’s an absolute hoot to watch so I highly recommend seeking him out. It’s all done with good humour and good grace.

Honestly, I had all but forgotten about these delicious keto cinnamon donuts, since I originally wrote the recipe back in 2012. But his recent video brought it back into my sights and I decided to have a go at it again myself and do my own instructional video. So you can see first hand just how delicious and easy they are to make. 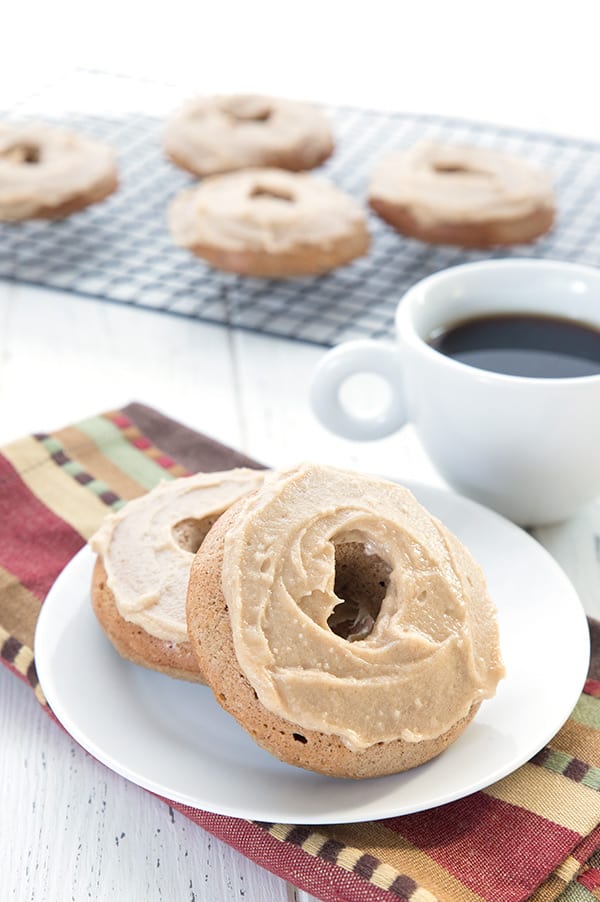 How to make brown butter

Brown butter. Just the very words are enough to send shivers of delight down my spine. I love butter as it is, but there is something about heating  it to the point where it becomes nutty and fragrant that is pure heaven.

It’s incredibly versatile too. You can use brown butter in savory dishes, on fish, chicken, or vegetables. Combined with some lemon and capers, or some crispy sage leaves, and that brown butter sauce will have you running your fingers across your plate, trying to get every last drop into your mouth.

Like my Brown Butter Chicken with Sage and Prosciutto, a simple dish that comes together in minutes and tastes like it came from a fancy restaurant. Or as the base for my Keto Cream of Mushroom Soup, giving it an unparalleled depth of flavor.

But it’s also wonderful in sweet dishes too. It has a rich, almost caramel-like flavor that’s good in cookies, cakes, and frostings. I’ve used it my popular keto blondies, as well as in the glaze for a low carb pumpkin layer cake.

Browning butter is incredibly easy. Simply place it in a saucepan or skillet over medium heat and watch it carefully, as it can burn if you’re not paying attention. For 1/4 cup to 1/2 cup butter, it usually only takes 4 to 5 minutes to achieve a rich amber color.

The froth from the butter can sometimes obscure the color, making it hard see if the butter is properly browned. Just get a spoon in there and push some of the froth aside. You can also swirl the pan a bit if the butter is browning unevenly.

Remove it from heat as soon as you see that rich color, as it can burn very quickly after that. 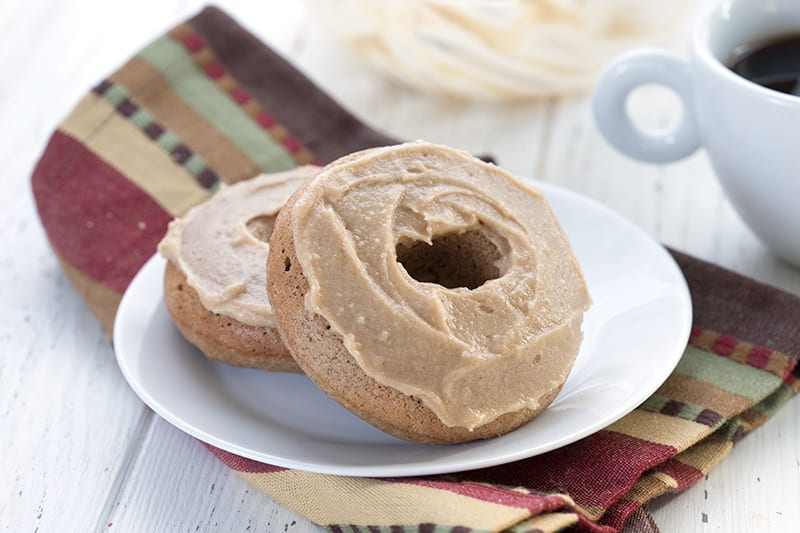 How to make keto donuts

Thank goodness for donut pans! It’s made a world of difference for those of us who can’t, or don’t want to, eat the sugary high carb variety.

I highly recommend the donut pan from USA Pan, as it’s incredibly non-stick and your keto donuts will practically fall right out of them. Yes, it is pricier than most, but you are paying for durability. I have learned in my many years of baking that quality matters. Purchase a ten dollar pan and you will likely be tossing it in a few years when it everything starts sticking. Purchase a good pan and it will last you forever.

This particular donut recipe is made with almond flour, and they are light and fluffy, and absolutely delicious. To be honest, they are good enough on their own. But then that brown butter glaze takes them to new heights.

You guessed it. You know me, I am a big fan of Swerve and their powdered sweetener is beyond compare, in my opinion. I will tell you that I think you should use Swerve for this recipe, especially in the glaze as it helps give it the right consistency.

If you want other options, your best best are BochaSweet or Lakanto. Do be aware that Lakanto powdered sweetener is 2x as sweet and so you need less of it, which will make your glaze a lot thinner.

Also, BochaSweet powdered sweetener is very clumpy so break it up before you try to make the glaze. You also may find that your glaze is softer and thinner as well.

Yes, it is a critical ingredient. I wouldn’t add it to a recipe if it wasn’t. Gluten is a protein and in its absence, another dry protein helps baked goods rise and hold their shape.

Every time I skip the protein powder, I regret it. Don’t do it! But you can sub egg white protein instead.

Be patient here, friends, and let that brown butter cool properly before adding it to the glaze. You will regret it if you rush the process as the glaze will clump up and then separate.

You want the brown butter to be just cool to the touch but still liquid. Then slowly drizzle it into your sweetener, whisking constantly. The mixture will be thick until you add the cream. Then it should become a thick frosting that you can spread on your donuts.

If you would prefer a thinner glaze, just add a little more cream.

There yo have it, my friends. An updated version of my delicious Keto Cinnamon Donuts with Brown Butter Glaze. You are going to love them! 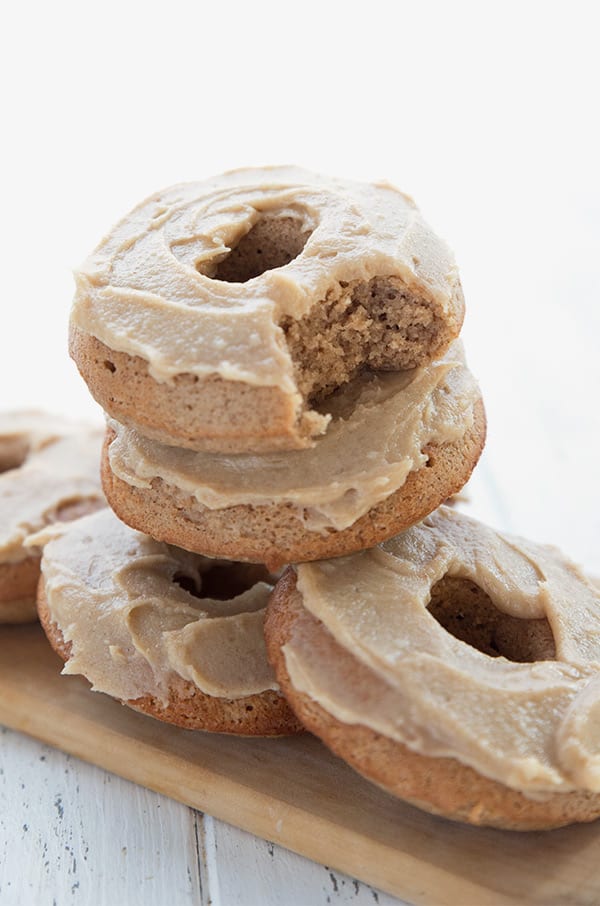 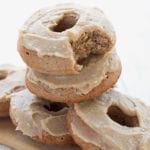 *How many donuts you get will depend on the size of your donut pan. Some are a little bigger than others.