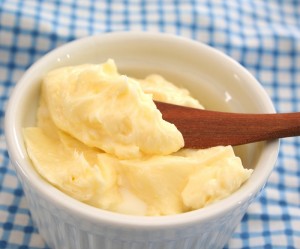 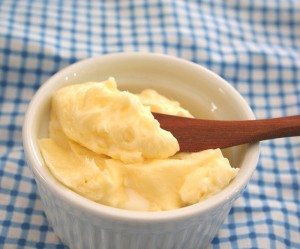 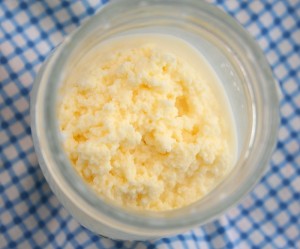 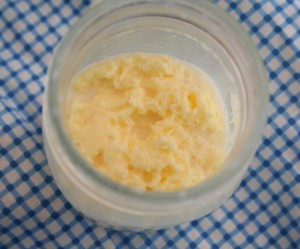 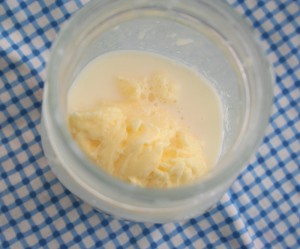 There you go. That’s butter at the bottom, surrounded by buttermilk. 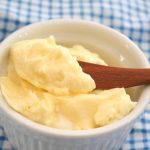 All you need is a large mason jar for creamy, delicious homemade butter!