Celebrating Passover while on a low carb or diabetes-friendly diet? I’ve rounded up 20 delicious low carb desserts that can be made kosher for Passover. 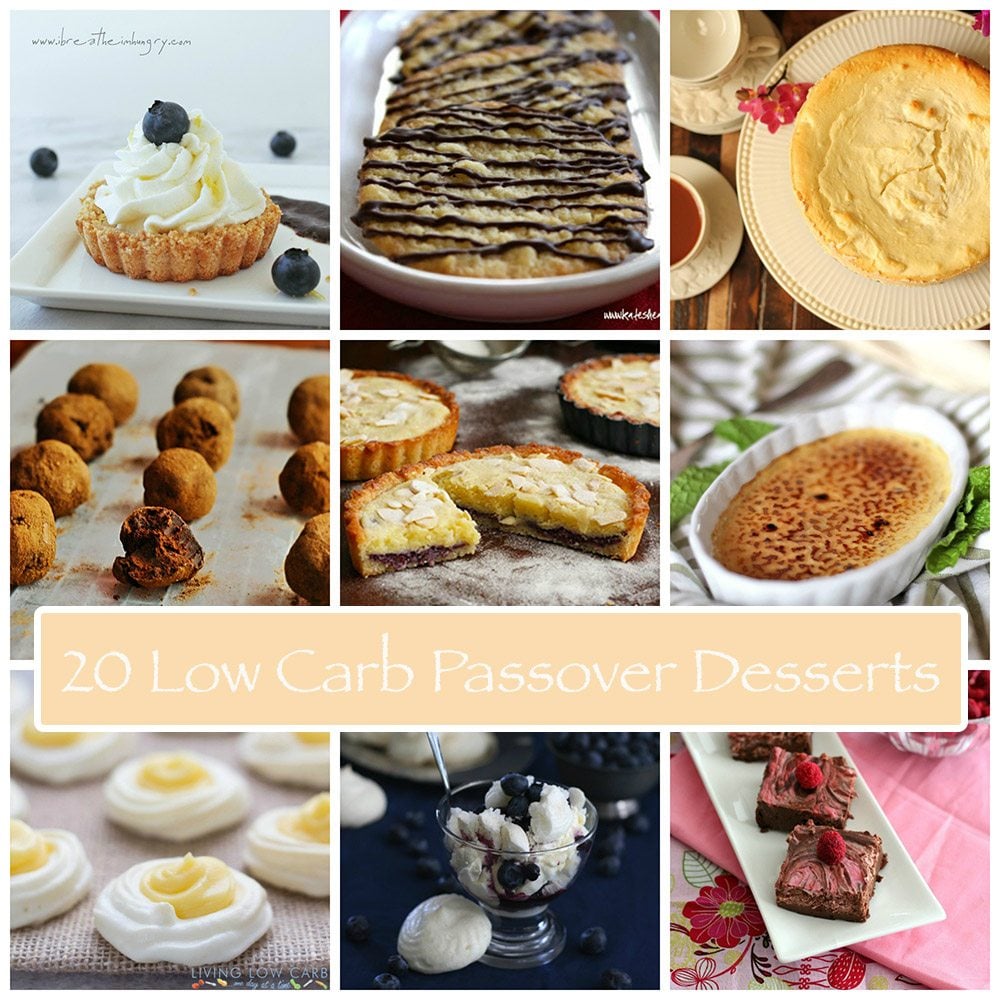 When I was in my early teens, I attended a Passover seder at a family friend’s house. I knew little about the practices and traditions behind this holy day but I was already an anthropologist at heart and I paid close attention to everything. While my much younger sister grew restless with boredom, I followed every step with intense curiosity. And I remember a most delicious meal at the end, which made up for my confusion at having been served bitter herbs and a little matza for what I thought was dinner. I was still young enough to be somewhat confounded when the ceremonial glass of wine for  the prophet Elijah appeared to actually have been imbibed. I realize now that the elder son of our host family drank it when our backs were turned and I am quite certain he was not of legal drinking age in Canada at the time! Ah, what you can get away with on special holidays.

Beyond a few other very informal seders, there ends my experience with Passover. But A Sweet Life Diabetes Magazine asked me to round up some low carb dessert recipes that could be considered kosher for Passover and I was more than happy to oblige. As Passover excludes the use of gluten, grains, legumes and leavening agents, I realized that quite a few low carb desserts already fit that bill. There are so many wonderful possibilities, from custards to meringues to unleavened cookies.