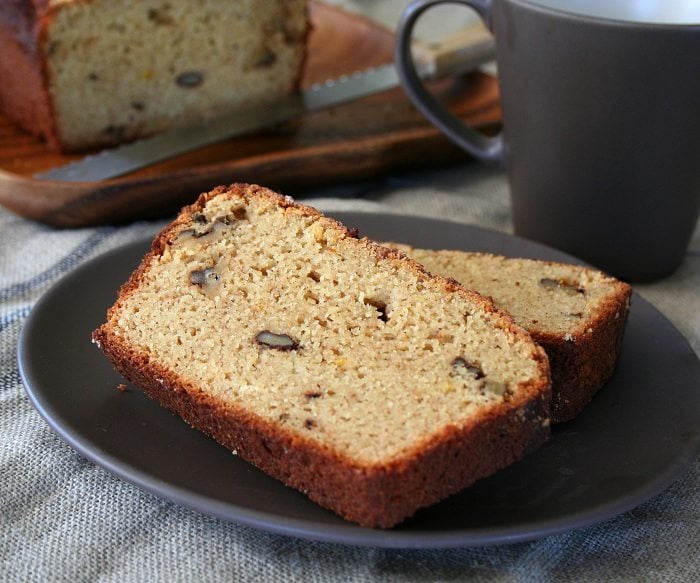 This recipe goes out to Eliza, who very sweetly asked me if I thought I could recreate Amish Friendship Bread in a low carb fashion.  Of course, she asked me this back in September and here it is almost December and I am only just posting it.  But she makes it for friends and family every year for the holidays and I can only hope I am getting this to her in time so that she can make this low carb Amish Friendship Bread recipe this year.  Because the original is anything but low carb, gluten-free, or even remotely healthy and Eliza has converted many of her friends and family into low carb supporters (go Eliza!).  This year, she wants to give them the same great flavour and texture, but in a much healthier package.  How could I resist such a plea??? 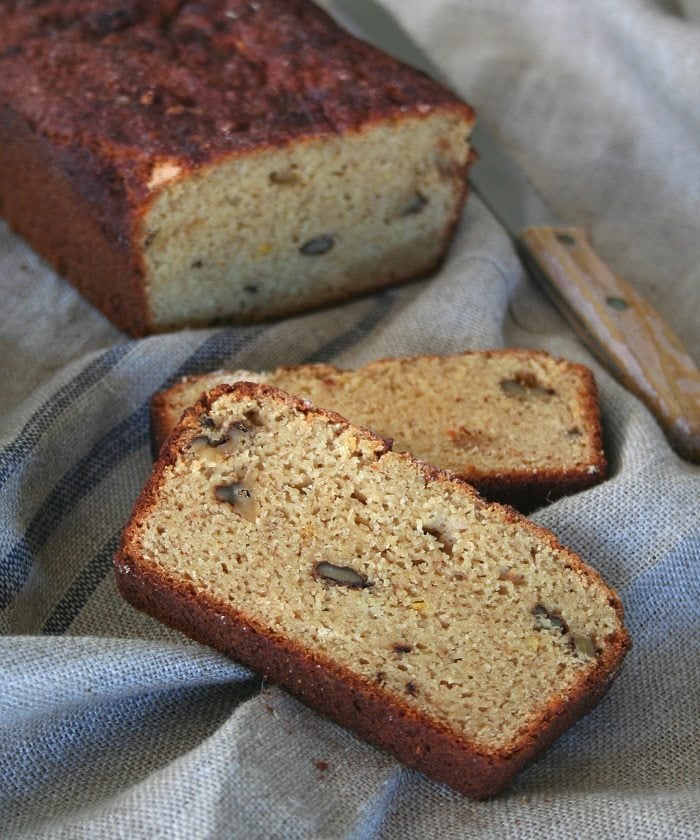 I will tell you that this recipe presented me with a little challenge.  I’ve only had Amish Friendship Bread once before, when a friend gave me some starter and the instructions.  I was nonplussed, as I’d never heard of the stuff and I wasn’t exactly sure how it would pan out, sitting on my counter for 10 days.  But it made a lovely quick bread, and I did my duty and passed on the starter to three more friends.  Since it was rather laborious for a quick bread recipe and I’d given away all my starter, I never made it again.  What I remember was a very moist, VERY sweet bread with lots of cinnamon.  When Eliza approached me about it, I initially thought it would be a snap.  But then I thought about the starter.  I obviously didn’t have any, and if I did, it wouldn’t be low carb or gluten free.  And what was the point of the starter anyway?  As far as I could tell, it was mostly a way to require friends to bake and pass it on, chain-letter style. 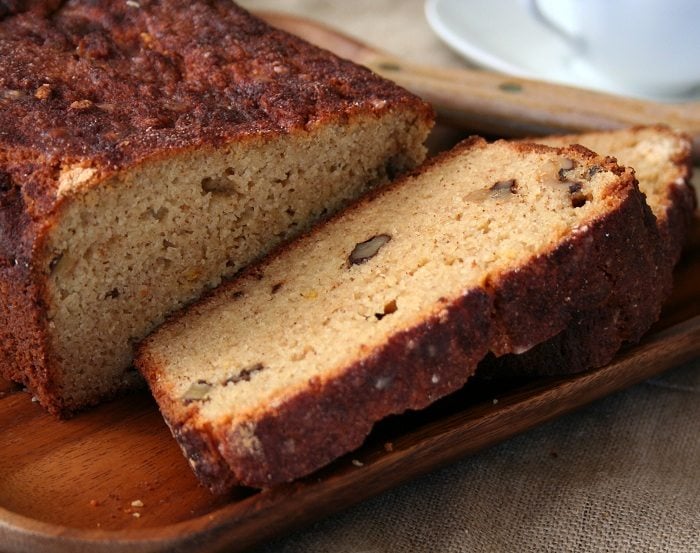 So I gave some thought to the purpose behind having a bag of milk, flour and sugar sitting on your counter for 10 days.  Besides having to massage it daily, the milk would obviously sour and give a tangy sourdough flavour to the resulting loaf.  Well, milk is going to sour when left that long no matter what it’s mixed with, so it could easily be made with low carb ingredients.  I asked Eliza whether she cared whether she had starter left over to pass on, and she said she never did as she used all of her starter for loaves to give as gifts.  That made my life easier!  And in typical Carolyn fashion, waiting 10 days to make the bread didn’t appeal to me, so I decided to see if I could jump start the souring process with a little lemon juice.  This helped me cut the counter-sitting time in half.  I am hopeful this will suit Eliza as she wants to get a jump on making these for Christmas!

I didn’t make this in a way where you could pass on the starter to friends, because I really wanted to concentrate on getting the taste and texture right.  Maybe someday, when I have huge amounts of time on my hands, I will figure out how to do that.  In the meantime, this bread came out very moist and rich, with a cinnamon-y crust from the topping melting on during baking.  My memory of eating the real thing is rather faint, so I can’t guarantee it’s exactly the same, but it was delicious and I hope Eliza will agree. 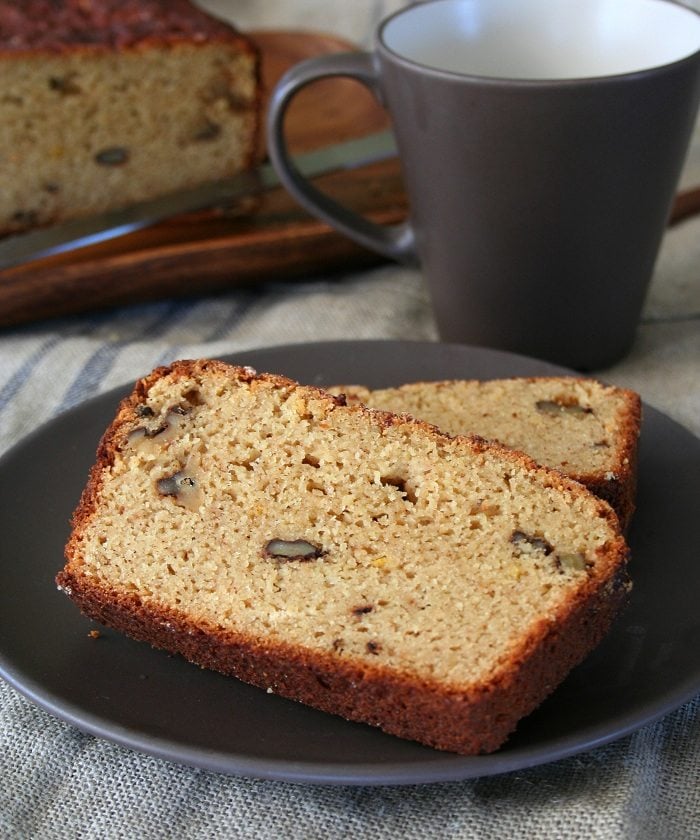 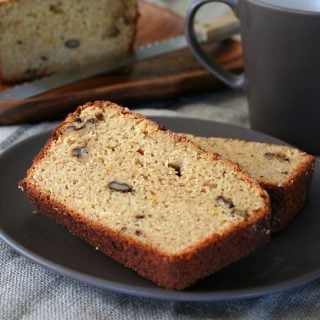 Serves 16. Each serving has 8.6 g of carbs and 3.1 g of fiber. Total NET CARBS = 5.5 g. *Please note that you are trying to sour the milk in this recipe. If you have concerns regarding the safety of doing so, simply add 2 more tablespoon of lemon juice and continue directly to next step. It may not be as "authentic" but it should still taste great.
2.9K shares
free email series