Sweet apples and caramelized onions in a low carb, gluten-free pastry crust. A delicious savory appetizer. This post is sponsored by Kitchen PLAY and Opal Apples. 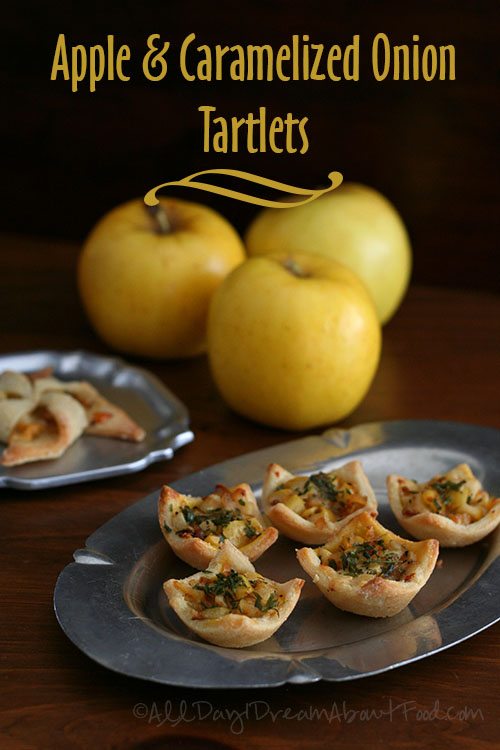 Apples have long been one of my favorite foods, and I truly believe that there is nothing more satisfying than biting into a crisp, juicy apple. I can’t eat them to excess like I used to do, but I still find ways to include them in my healthy low carb, gluten-free diet. I often eat one before going for a run or working out, and I dearly love to incorporate them in my baking. I am also fascinated by the discovery or creation of new varietals, the crossbreeding of this or that kind to achieve a particular appearance, a specific flavour or another desirable trait. I’ve tried a great many kinds of apples in my day, but only recently have I been introduced to the Opal apple.

The Opal is a beautiful apple indeed. It’s round and bright golden yellow, much brighter than Golden Delicious. It’s also shatteringly crisp, a trait I love in apples. The flavor is distinctive and quite sweet, and one of its biggest selling points is the fact that it doesn’t brown when cut. It just naturally resists oxidation. The Opal is also an apple that gives back, by donating a portion of proceeds to youth-based programs that focus on food security and politics, nutrition or agriculture.  This year, Opal’s Youth Make a Difference initiative will be awarding $75,000 to youth-based projects serving communities in the U.S. where youth take leadership roles.  The grant application process ends February 28. That’s quite a lot of ask of an apple, so I confess I am impressed. 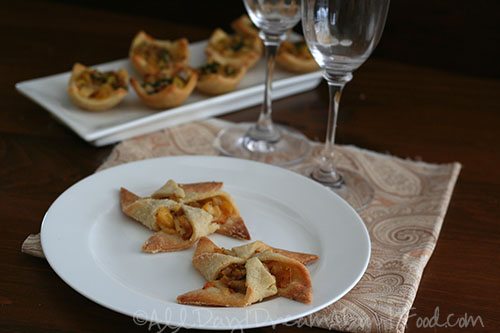 As part of a Kitchen PLAY progressive party, I was asked to create an appetizer using Opal apples. I considered many possibilities, including using thinly sliced Opals as the “cracker” for cheese and other savory toppings. In the end, I settled on playing up its sweet flavor in combination with caramelized onions and shredded fontina cheese. I’ve recently developed some wonderful low carb, gluten-free pastry and I find myself wanting to see if it will hold up against a variety of fillings. Little bite-sized savory tarts with a tangy, slightly sweet apple filling sounded just right. Similar recipes often include a little sugar to enhance the apple flavor, but Opals are sweet enough and need no enhancement.

These little tarts make a truly delicious appetizer. You can also have some fun with the shape of the tarts and create little pinwheels. As a diehard apple connoisseur, I sincerely recommend trying Opal apples if you come across them. From December to April, a limited supply will be available nationwide in select grocery stores, including Costco. You won’t be disappointed – their flavor and appearance sets them apart. 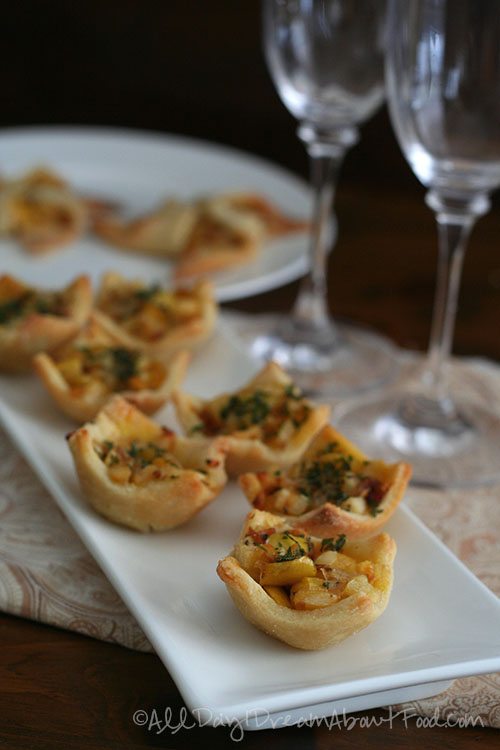 The Opal® apple, also known as UEB 32642 variety apple, is non-GMO and was first discovered in Europe in 1999. In March 2010, Opal was first made available in the United States, and is grown exclusively at Broetje Orchards located along the Snake River in Prescott, WA. Opal is distributed by FirstFruits Marketing of North America, a collaborative apple marketing company owned by growers who share a commitment to producing high quality fruit while balancing the demands of purpose, people, planet and profit so that a portion of profits can be donated to non-profit missions supporting the underserved. For more information on where to buy Opal® Apples, visit their website at www.opalapples.com and like them on Facebook at www.facebook.com/opalbrand.

And check out all of the other delicious Opal Apple recipes on Kitchen PLAY.

Join us for an #OpalApples Twitter Party where you could win one of five prize packs, including a shipment of these tasty apples. For more information, guidelines, and to register for a chance to win, visit http://kitchen-play.com/opalapples. Then join in on January 21, 2014 at 9:00 PM ET (6:00 PM PT), using hashtag #OpalApples. Here’s a clue to help you win: Opal apples are available from December through April. 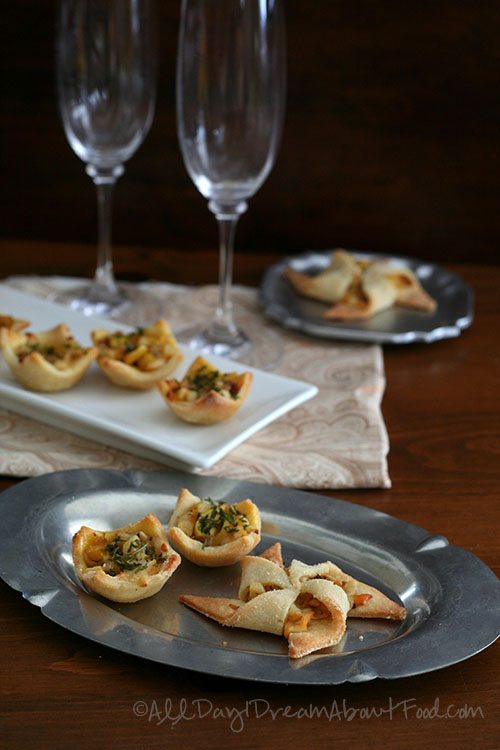 Disclosure: I was compensated for this post by Kitchen PLAY and Opal Apples. As always, all opinions, thoughts, recipes, photography, random tangents and incoherent ramblings are my own.