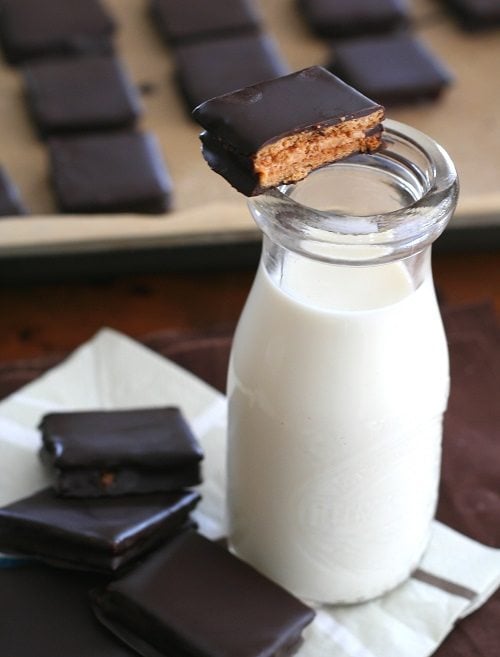 Graham crackers are the ultimate snack food.  You might have thought it was potato chips or popcorn or some other sort of salty, crispy snack, but I will stick to my guns and say graham crackers trump all other snacks.  They’re crisp, they’re portable, they aren’t overly sweet and kids love them.   They’re also very comforting.  When my nephew was one or two, he carried graham crackers around with him everywhere.  I mean everywhere, one or two squares always in his hand, getting soggy and dirty as he played and ran and chased his friends.  They even show up in a number of his baby and toddler photos and his mother came to believe they were a sort of security blanket for him.  See?  The ultimate, comforting snack food. 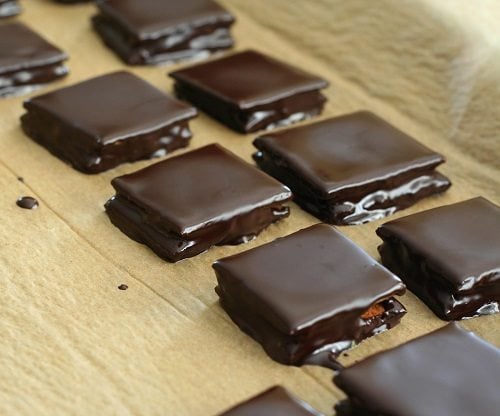 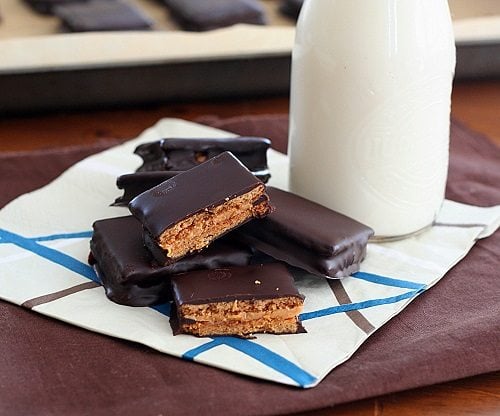 I wanted to feature graham crackers again because I’ve improved my recipe.  I’ve found that baking them at a higher temp and then drying them out a bit at a lower temp gives them that tender crisp quality that is so essential for a graham cracker.  Also for a while now, I’ve been thinking of making chocolate-covered grahams for my kids.  That’s all I was going to do, but then I thought how much I love graham crackers and peanut butter.  That was my go-to pregnancy snack with my first two kids.  It was with my third too, until I discovered I had gestational diabetes.  Have you ever had it?  Seriously delicious and the ultimate ultimate snack food!

So why not make little graham cracker peanut butter sandwiches and cover THOSE with chocolate?  In a word:  heavenly. 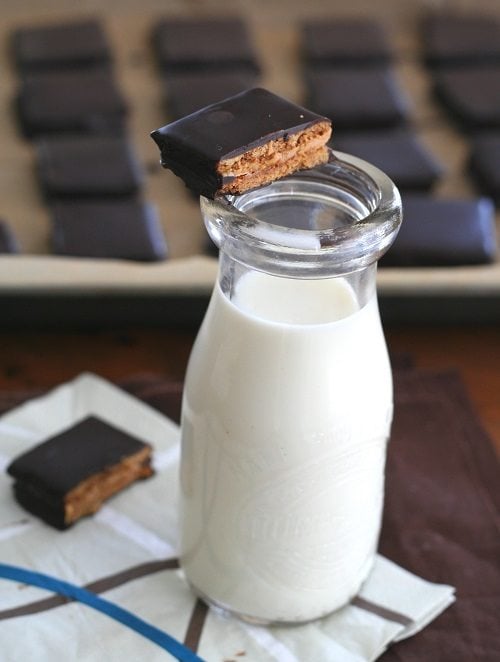 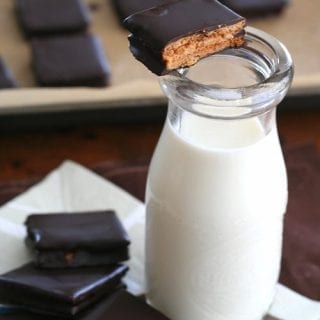 Love peanut butter or chocolate with your graham crackers? How about both? Low carb, gluten-free peanut butter graham sandwiches coated in rich dark chocolate.
No ratings yet
Print Pin Rate