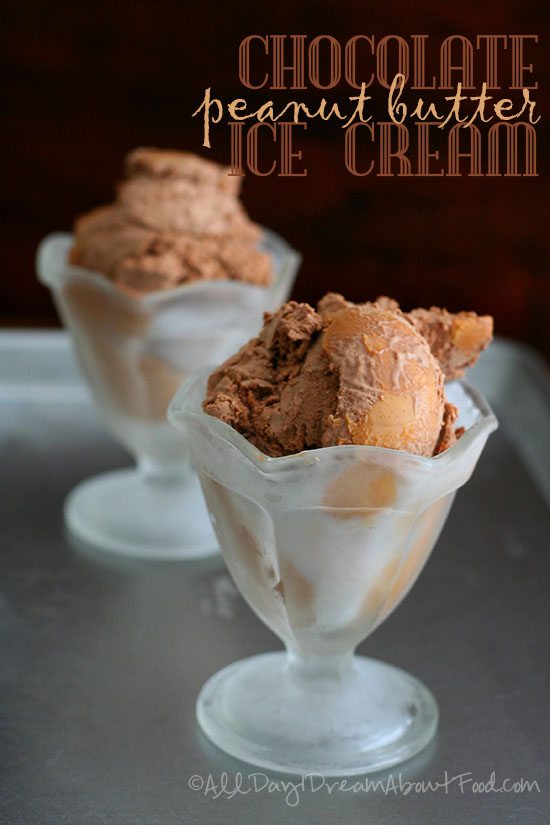 I’m having a little fun these days going back through old recipes, seeing if I can update them and make them even better. I’ve learned a lot through my experiments with low carb, gluten-free ingredients over the past couple of years and there are a few recipes way back in the archives that give me pain. As in “they weren’t quite what I hoped they would be and the photos are hideous and if I had known then what I know now” kind of pain. This recipe wasn’t quite that bad. In fact, it was quite good and I was pretty happy with it at the time. But it was one I always meant to get back to and try to make a little better. Because hey, it affords me the opportunity to make and eat outrageous amounts of chocolate and peanut butter. I thought my photos from this old recipe for low carb Chocolate Peanut Butter Ice Cream recipe were pretty good back then. But I think they are just a wee bit better now, don’t you? 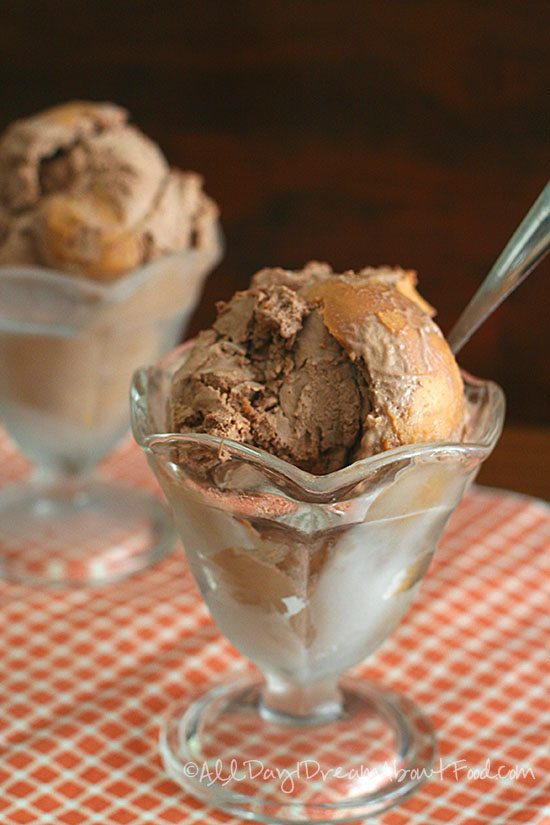 So last week, to my children’s delight, I set about making low carb Chocolate Peanut Butter Ice Cream again. My intention was to amp up both the chocolate flavour and the chocolate colour, while also making the ice cream softer and more scoopable. I may have learned a lot of the past few years but apparently I have yet to learn to check all of my ingredients before I set about making a recipe. I intended to make this with Hershey’s Special Dark cocoa, as that will give anything a richer, darker chocolate colour. But I discovered I was out and I had to use Ghirardelli instead. Still, I increased the cocoa powder somewhat and I added chopped unsweetened chocolate and it definitely improved the chocolate flavour. 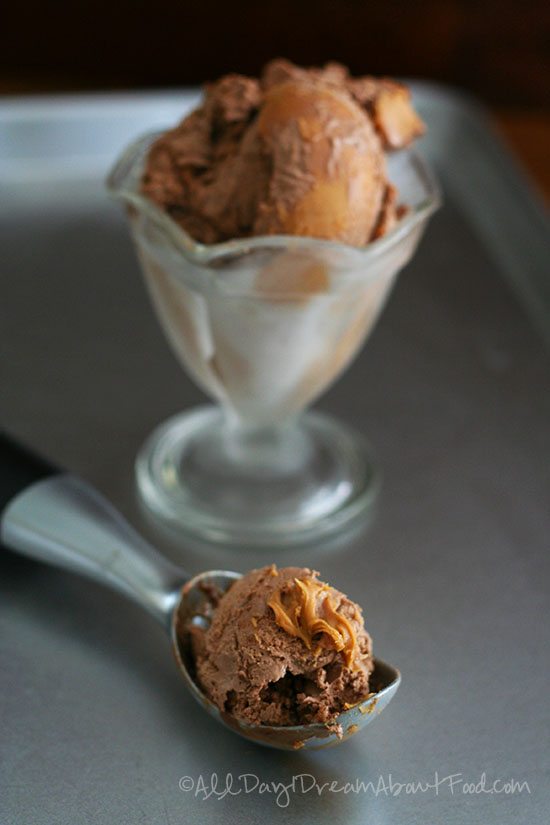 As for keeping it more scoopable after freezing, I pulled out all the tricks I know. The first trick is to start with a really thick custard base. Using more heavy cream and less almond milk goes a long way to thickening the base, as does the cocoa powder and the unsweetened chocolate. Then adding a little alcohol and some xanthan gum, both of which are known to keep sugar-free ice cream from freezing too hard. If you choose not to use the alcohol or the xanthan gum because you lack them or are intolerant to them, that’s okay. It won’t affect the flavour, but it will mean that your ice cream will freeze more solidly and you will need to let it sit on the counter for 10 minutes before trying to scoop it. A little trick I’ve learned there is to divvy it up into portion-size containers before it freezes too hard, so you don’t have to thaw the whole lot each and every time.

So the moral of the story is I can make this ice cream more chocolatey, more scoopable and I can take much better photos of it. And that if you want it to be darker chocolate in appearance, make sure you have your Hershey’s Special Dark cocoa on hand before you set about making it! 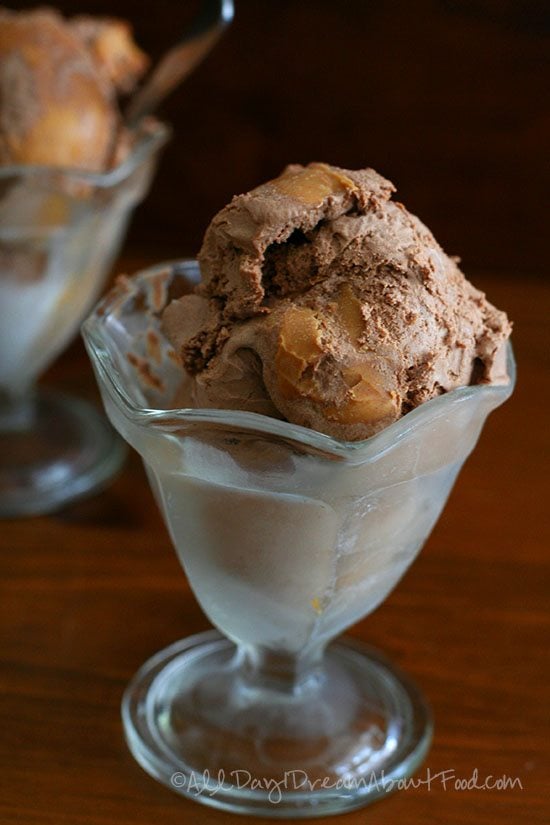