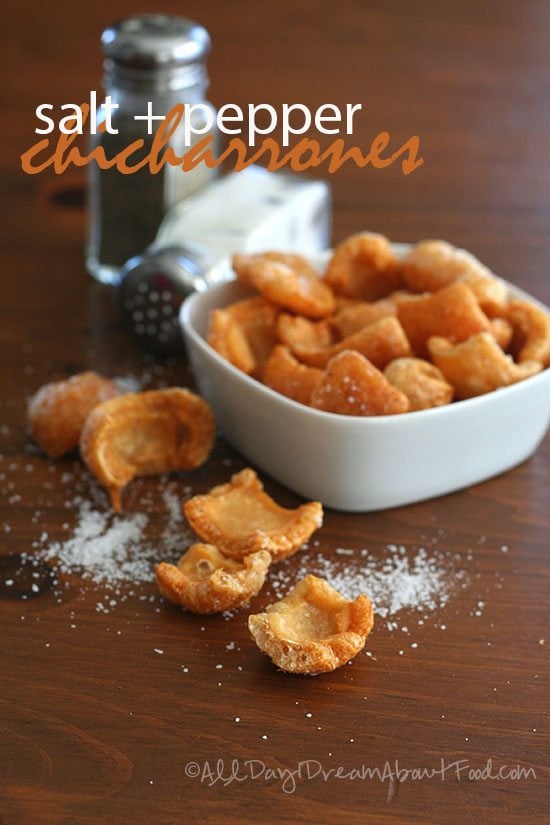 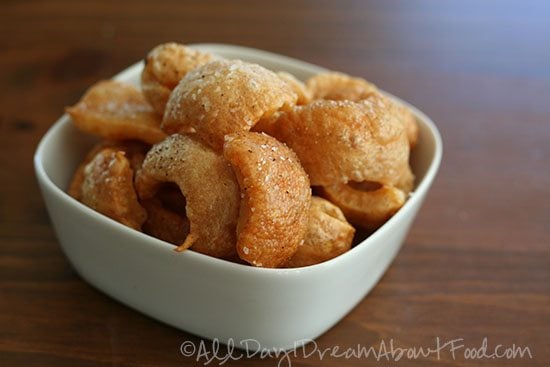 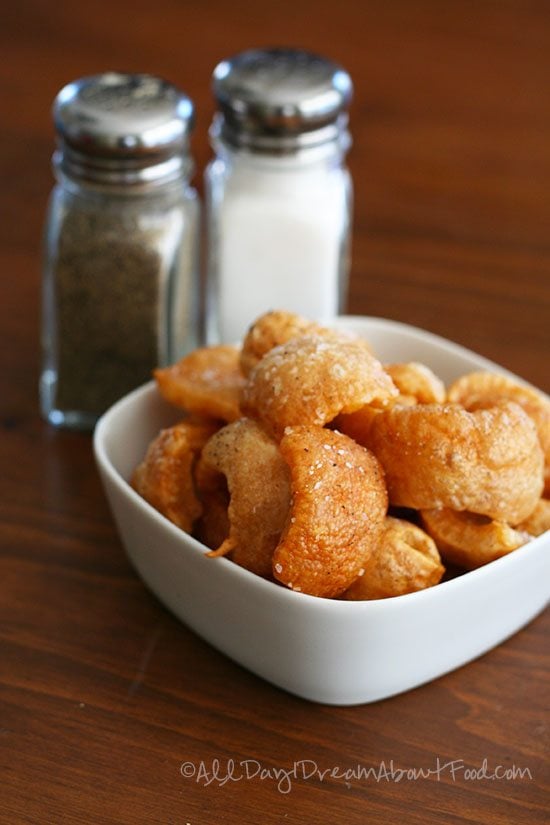 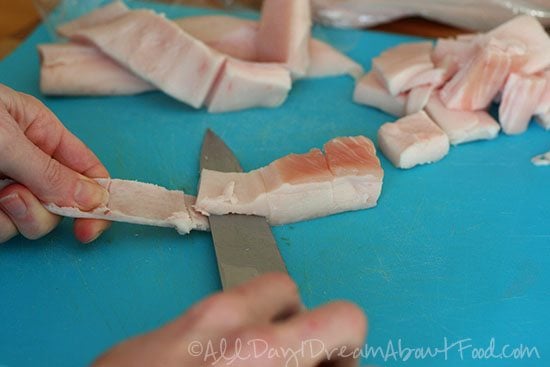 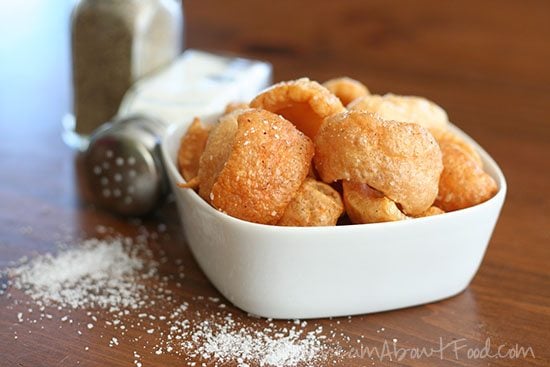 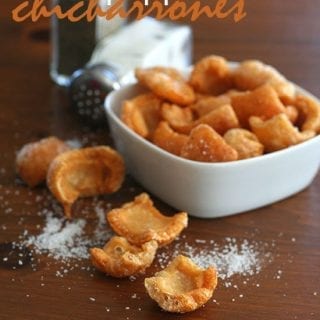 *These counts reflect the nutrition in a serving of commercially made pork rinds because I could find no information regarding the nutrition of uncooked pork skin. They are made very similarly but would contain far less sodium since you season to taste with salt and pepper. Commercial brands add more sodium as a preservative.
Nutrition Facts
Homemade Chicharrones
Amount Per Serving (1 ounce)
Calories 152 Calories from Fat 81
% Daily Value*
Fat 9g14%
Protein 17g34%
* Percent Daily Values are based on a 2000 calorie diet.
3.0K shares
free email series