As some of you may know, my father died in December. These were the words I spoke at his memorial service yesterday. I don’t know why I feel compelled to share but I do. I simply want to put this out into the world in his memory. 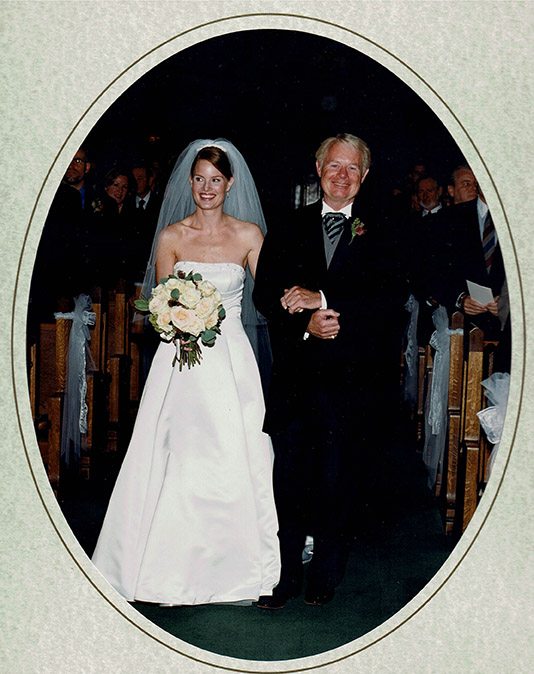 I was asked to get up here today and speak to you about what John Currie was like as a father. But we’re not actually going to do that. Instead, we are going to have a little lesson in semantics, and the difference between a FATHER and a DAD. You may have thought these words were completely synonymous with one another, but you would be mistaken. Any man can be a father; that’s simply biology. But not every man can be a Dad.

Being a Dad, a true Dad, takes a lot of work. Whereas the title of Father is given automatically upon the birth of a child, the title of Dad has to be earned over the months and years and decades that follow. A Dad isn’t perfect and he doesn’t need to be. He may even really suck at it sometimes. But a Dad grows and evolves and keeps on trying, every day.

A Dad holds his newly adopted infant son in his arms like precious cargo. Because he’s always wanted to be a Dad and biology doesn’t seem to be cooperating at the time. He’s thinking what all new Dads think in that moment: “Dear god, what did I just get myself into?”. And this Dad, and the new Mum too, get very little sleep over the next few weeks, as they find themselves running to the little man’s room, just to make sure he’s still breathing. 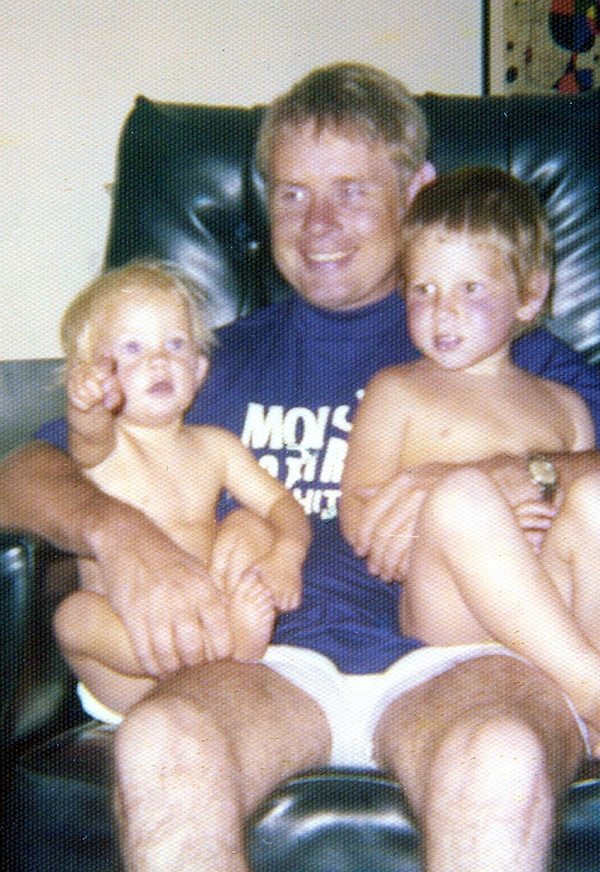 Dads of a certain era weren’t allowed to be in the delivery room, and so might always look back regretfully that they weren’t present at the birth of their first daughter. But when, six years later times have changed sufficiently and Dads are welcome, a Dad is utterly enthralled at the birth of his second daughter. And, according to eyewitnesses, a Dad might even gasp in amazement as he touches that soft soft newborn skin.

A Dad lets his little 5 year old daughter carry his nightly drink up to his room as he changes after work, even though he knows half of it will have slopped out of the glass on the way up. Hey, a good Dad knows that there’s always more gin and more tonic in the liquor cabinet anyway.

A Dad continues to use the funny little phrases and mispronunciations from his kids, long after they have outgrown them. Breakfast will always be Breakstest, sunset will always be chunchet, Christmas trees will forever be Kimmy Trees, and Carolyn will continue to be Cadah well into her 40s.

A Dad will even go so far as to get a vanity license plate made with his favourite phrase from his third child. Because nothing says “I am a real Dad” like driving a red Jaguar with “Huggle” on the back. You’ve got to be pretty confident in your parenthood AND your masculinity to rock that look. 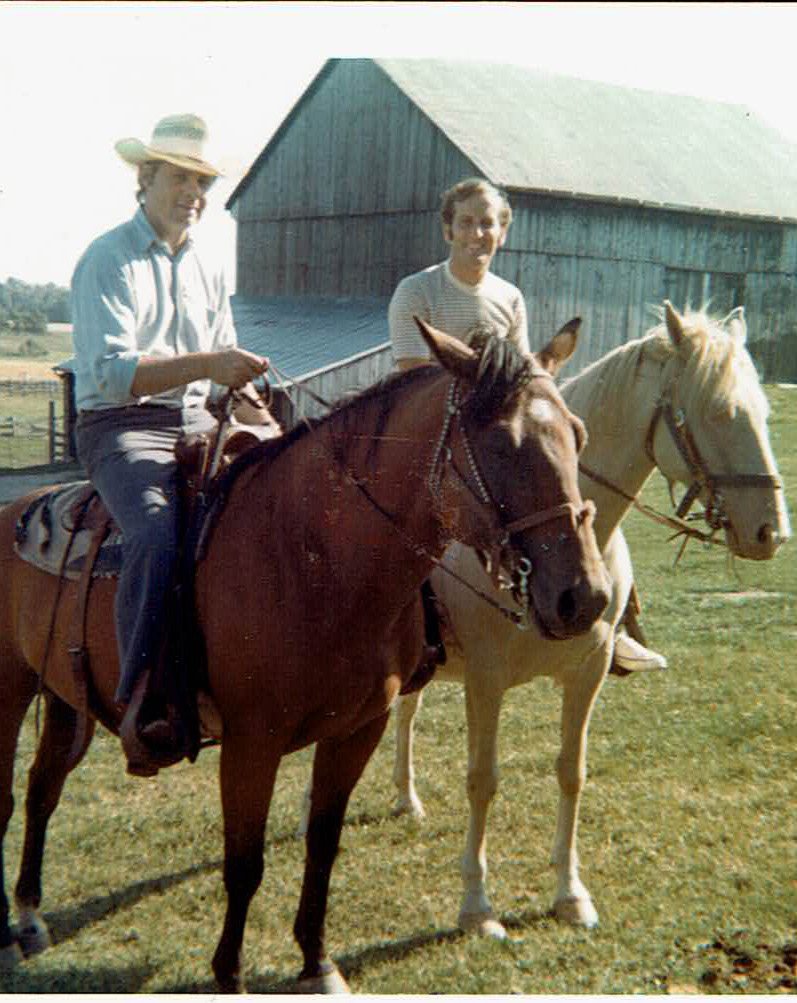 A Dad can hardly wait to teach his kids about all the things that he loves to do. He packs his family into the car for long road trips to horse shows all over the US and Canada, putting up with (and sometimes not putting up with) all the bickering from the back seat. A dad isn’t always patient, though, and may even make good on his threat to leave his bickering children on the side of the road…but only for a brief moment.

And when a Mum’s leg is shattered by the kick of an irritable horse at one of those horse shows, what does a Dad do? He steps up and takes over. He drives his truck, trailer, horses and kids hundreds of miles back from New York State while his wife remains in the hospital. And he finds live-in help so he can juggle work, farm and family as she recovers over the next few months.

As an avid skier, he can’t wait to have his kids up on sticks. He bundles them up in layer upon layer of warm clothes so they can hit the slopes, putting up with all the complaining about cold noses, fingers, and toes. And when an out of control skier knocks his little girl right off her skis, he chases him down the hill and sics the Ski Patrol on him.

A Dad, knowing that his oldest son really loves that cowboy life, takes him on a “boys only” road trip before selling the farm and moving to the city. Picture it if you will: big brown Chevy and a four horse trailer, with Kenny Rogers and John Denver playing on the 8 track. Just a boy and his dad. 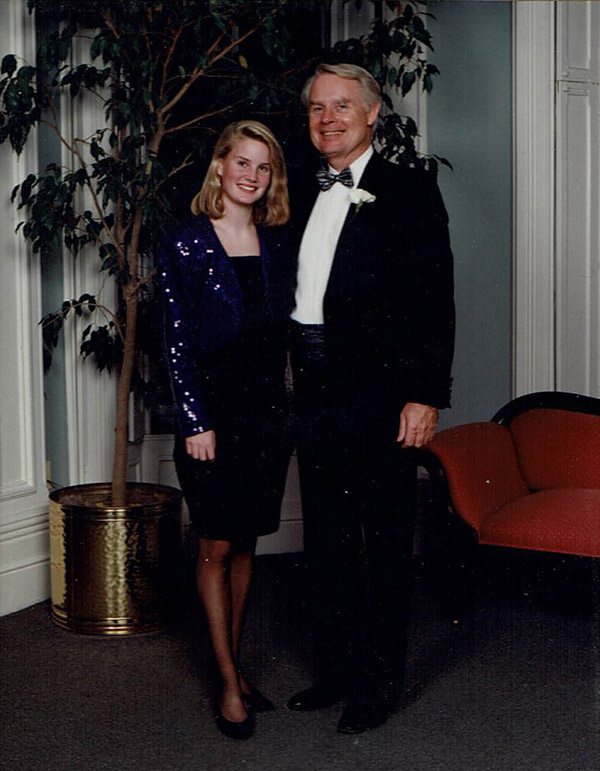 A Dad, hearing that his 11 year old daughter has been hit by a car on the way to school, drops all of his work and rushes so fast the hospital that he nearly gets in an accident himself.

A Dad smuggles multiple jars of peanut butter into France on a family vacation, because goodness knows that Canadian children can’t live without their peanut butter for a few weeks. But that same Dad also uses his children to advantage, smuggling multiple bottles of good French wine back in their suitcases.

And when the trip home is particularly rough, with lost luggage and horrible turbulence, and his three year old son throwing up all over him, a Dad will still help his 8 year old daughter recover from jetlag. He’d surely much rather have a shower and fall into bed himself, but he will climb into bed with her and stroke her face until she falls asleep.

A Dad might really struggle during those tumultuous teenage years, when you are a willful hormonal adolescent and he is a stubborn old fart. You may often really dislike your dad during those years, and think that you will never really see eye to eye. And your dad may often dislike you during those years…and rightfully so because you can be spectacularly unlikeable. But through it all, the fights and the groundings and battles of will, you don’t ever doubt for a second that a Dad loves you. And that he fights with you because he cares. 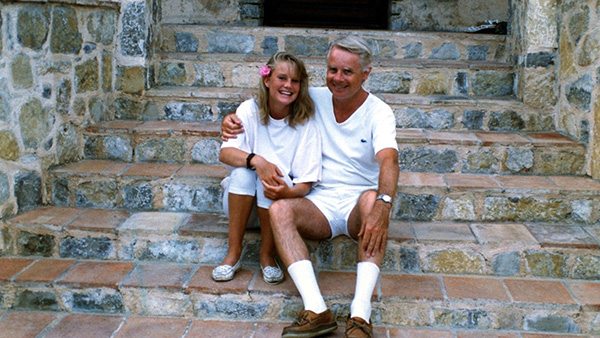 Dads of a certain generation tend to be very over-protective of their teenage daughters and scare the bejeezus out of young men who might be interested in said daughters. He might even joke of owning a shotgun in a young suitor’s presence. But later on, long after his daughters are grown, he might grudgingly come to admit that his girls were capable of handling themselves after all.

A Dad always tries to support your hopes and dreams, buying you books on archaeology for every birthday and saying things like “It will be so wonderful to have a Dr. Currie in the family”. But if those dreams turn out to not to be what you really wanted after all and you fearfully tell him you have decided to leave your PhD program, he won’t be upset with you. Instead he will say things like “Oh sweetheart, I am not disappointed IN you, I am disappointed FOR you”.

Dads grow and evolve and they become Grandads. And oh, real Dads make the BEST granddads. They hold your little child in their arms and you suddenly see each other in a whole new light. In some ways, they are better Granddads than they ever were Dads. They get down on the ground and play with your young children, despite the creaking of reluctant knees and hips. Because they want nothing more than their grandchildren to have good lasting memories of them. 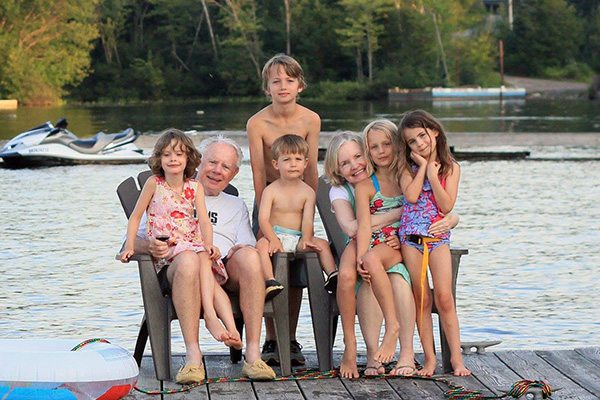 Upon discovering that his time is a little more limited than he’d hoped, a Dad will request time with his children, asking you to come one at a time, alone, without families and distractions. So that you can simply be together and say all those things that might never otherwise be said. And in those quiet moments, he becomes more than a Dad. He also becomes a friend.

So what’s the difference between father and Dad? It isn’t being the perfect parent; any Dad in this room will tell you that’s impossible. Dads aren’t always patient or kind and they may even be downright mean on occasion. But a Dad will always be there, will always try to support you even when he doesn’t understand you. And he will always be working to let you know just how much he loves you.

Dads aren’t born, they’re made, forged in the fires of sleepless nights, vomit-covered clothes, hospital visits, teenage battles of will, trips walking daughters down the aisle, births of grandkids, all the highs and lows of parenthood. All of those moments test the mettle of a man, and if he’s a Dad and not just a father, you, his child, will come out on the other side of every moment, safe and secure in his love for you. 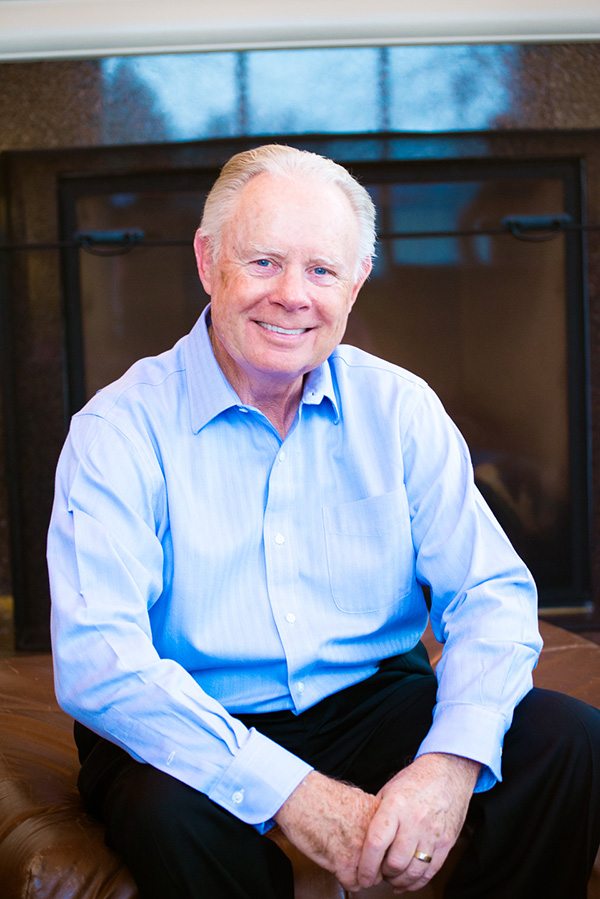 John Currie was many things to many people. He was a son, a brother, an uncle, a husband, a father in law, and grandfather. He was a friend, a business partner, an advisor, a deal-maker and a tough negotiator. He was a sailor, a cowboy, a scuba-diver and a great skier. He was a fantastic dancer. And he was the ultimate cookie monster.

But to me, and to my siblings, he was a Dad through and through. He wasn’t perfect and he didn’t need to be. He was still amazing.