Ever had a marionberry? How about semifreddo? You need to try this delicious low carb frozen treat as soon as you can. No ice cream maker needed! 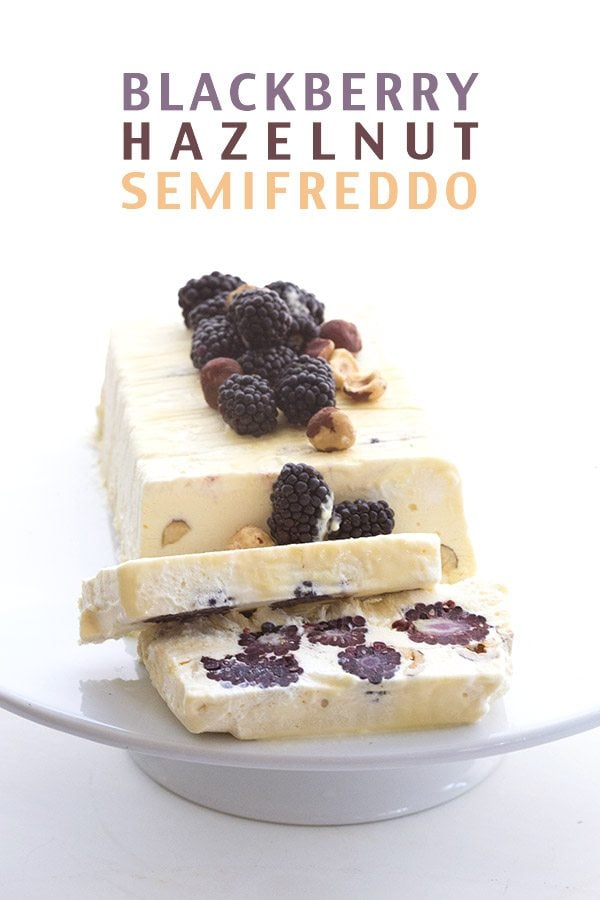 There is a distinct possibility that you have no idea what this recipe is about. For some of you, there may be some unfamiliar words in the recipe title. Some of them were unfamiliar to me not too long ago. So let’s do a little translating, shall we? Marionberry = a variety of large blackberry found in Oregon (a variety of which Oregonians are remarkably proud!). Hazelnut = well, you should know that one but some of you might call them Filberts. Semifreddo = a kind of no-churn Italian ice cream that is often served in slices. So I could call this Large Oregon Blackberry Filbert No Churn Ice Cream; maybe that would be a little easier to understand. But it would be a strange and rather unattractive name. Plus it’s kind of fun to pique your curiosity with a name like Marionberry Hazelnut Semifreddo. 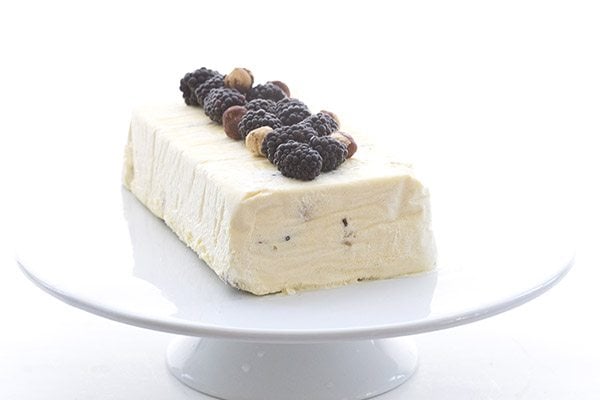 I’ve owned an ice cream maker forever but I love to try my hand at new techniques. And I know many readers do not own an ice cream maker, so this is a great way for them to get their ice cream fix too. Many sugar-based no-churn ice creams revolve around sweetened condensed milk to get the right consistency, but semifreddo uses eggs and egg yolks to create a thick custard that is then folded into whipped cream. I was intrigued by this method and was eager to try it out. Conventional semifreddo also stays quite soft and scoopable in the freezer because of the yolks, the sugar, and the whipped cream. Hence the name semifreddo (semi = half, freddo = frozen). That’s definitely trickier when you don’t have sugar involved but I was determined to give it a try. And it was a perfect fit for Davidson’s Safest Choice® Pasteurized Eggs, as you need not fear those undercooked eggs when adding them to the ice cream. 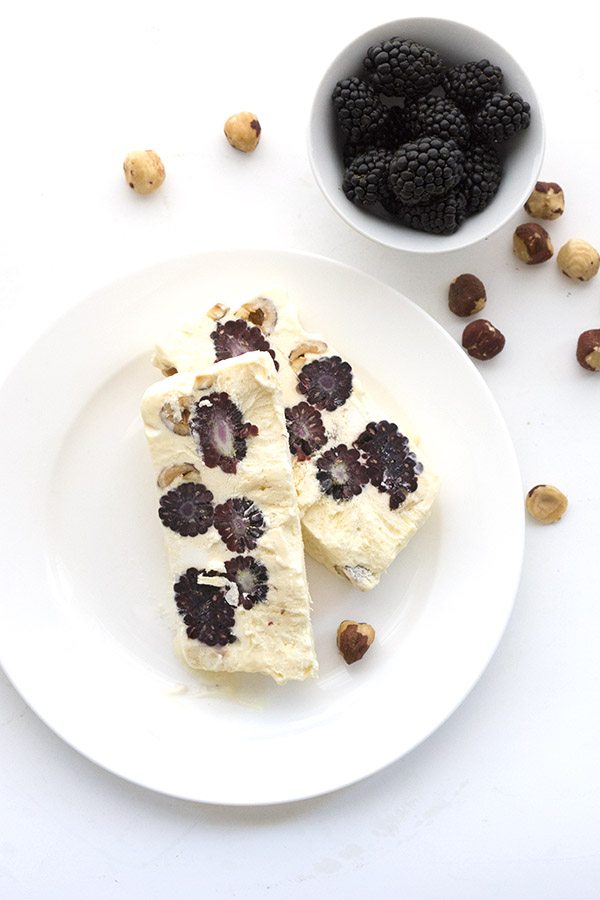 I had all sorts of flavour possibilities running through my mind, some of which I may attempt another time. But then I came home from the farmer’s market with a few pints of plump, juicy marionberries and I was just dying to use them in ice cream. Really, you could consider this recipe an ode to the state of Oregon, where marionberries originate and from where the majority of hazelnuts come. I might as well just call this Oregon Semifreddo. 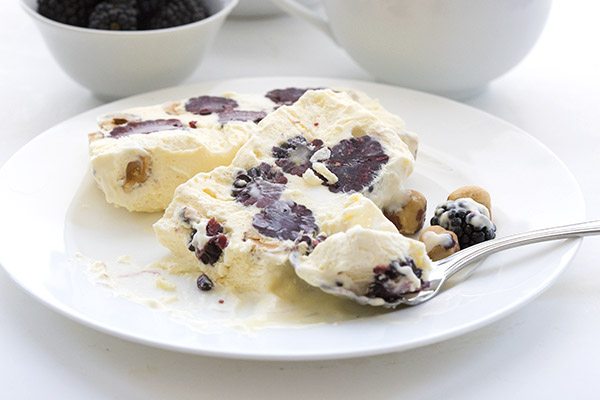 While my sugar-free semifreddo did freeze harder than the traditional kind, I was truly impressed with the consistency. It never got rock hard and it was still sliceable and scoopable even after many hours in the freezer. Once it had been in there for over a day, it was definitely harder to cut but a few minutes out on the counter and a sharp knife solved that. There was no iciness at all, it was just smooth and creamy – all those Safest Choice Eggs did the trick! Studded with big Oregon blackberries and toasted Oregon hazelnuts, this is the perfect low carb summer treat.

Chances are you can’t find marionberries in your area. That’s okay, you’re allowed to use regular blackberries!

Many thanks to Davidson’s Safest Choice® for partnering with me to bring you this recipe.