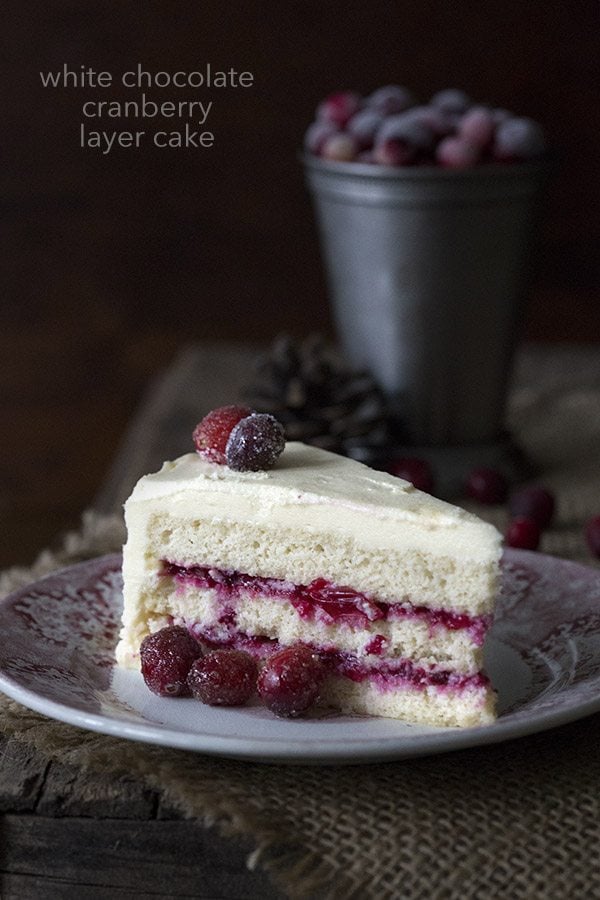 So I appear to have entirely skipped over Thanksgiving this year and gone straight to Christmas. I don’t know why but I am ridiculously excited to get into the Christmas goodies this year. I have zillions upon zillions of ideas and not even a snowball’s chance in hell of having time to make them all. I will probably manage to make a small fraction of them but if you’re talking zillions, that’s still a lot of holiday recipes to be made. And since I actually got started on them a few weeks back, I am well on my way to making this the best low carb Christmas season ever. That’s my plan, anyway. 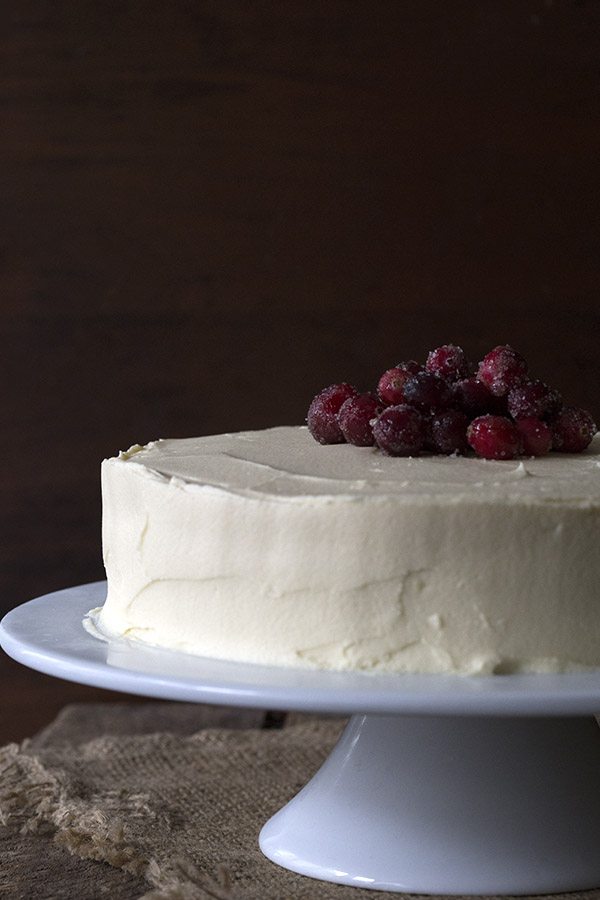 I used to have a rule a silly little rule that I mustn’t start my holiday baking until after Thanksgiving. But as I’ve grown older and infinitely wiser, I’ve realized that this is an absolutely arbitrary and senseless impediment to my holiday enjoyment. ‘Tis the season of joy, after all. Why put limits on enjoying the joy? So this year, I quite unabashedly got an early jump on it and now I am bringing you the first low carb Christmas recipe of the season.

And what a recipe it is. Tender grain-free white cake, creamy white chocolate frosting, tart-sweet cranberry filling. And I maintain that because of the cranberries, this could easily be a contender for your Thanksgiving dessert instead. You know, if you aren’t like me and haven’t already skipped ahead in your mind to December. 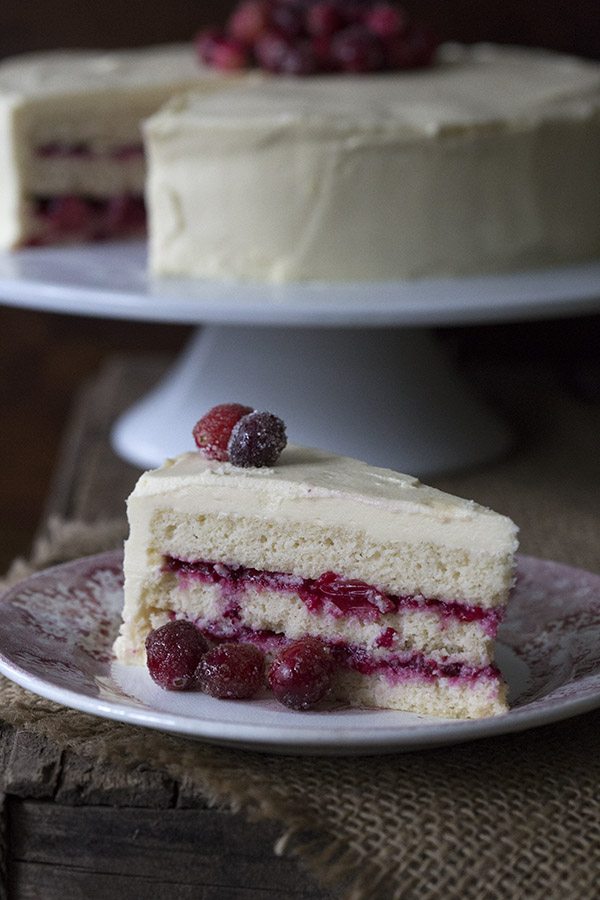 I am also unabashedly proud of the various parts of this cake too. The white chocolate buttercream was a recent “discovery” when I was making my daughter’s birthday cupcakes. For some reason, it got lumpy and weird and I realized I’d probably added the cream when it was too cold. So I melted a little cocoa butter and beat it in, and the frosting became creamy and smooth again. And tasted delightfully like white chocolate. 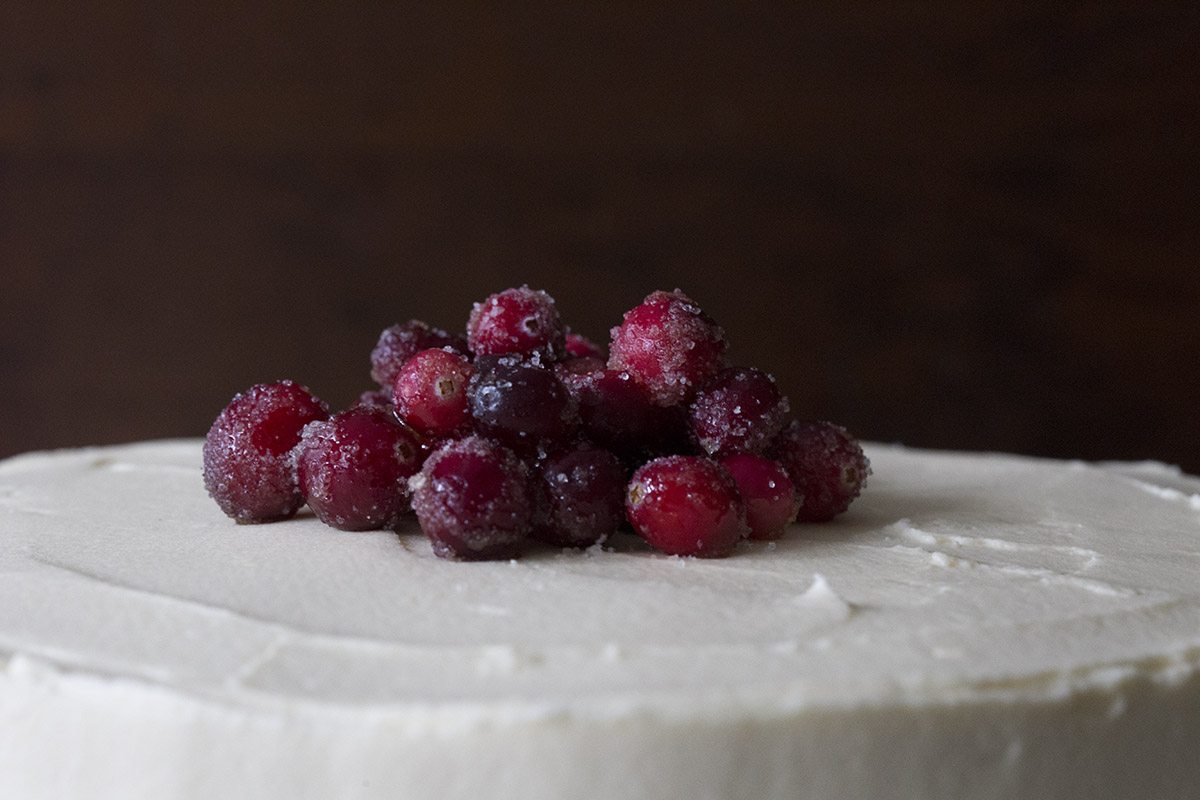 And the “sugared” cranberries…I have tried making these several times by soaking fresh berries and then rolling them in Swerve. But since Swerve doesn’t get sticky like sugar, it would all fall off as the cranberries dried. But a flash of inspiration when my eye fell on some isomalt fiber syrup in my pantry. I use it sparingly because I think it’s not as diabetes-friendly as other sweeteners. But 2 little teaspoons was enough to coat my berries in something sticky so that the Swerve would stay on. Worked like a charm! 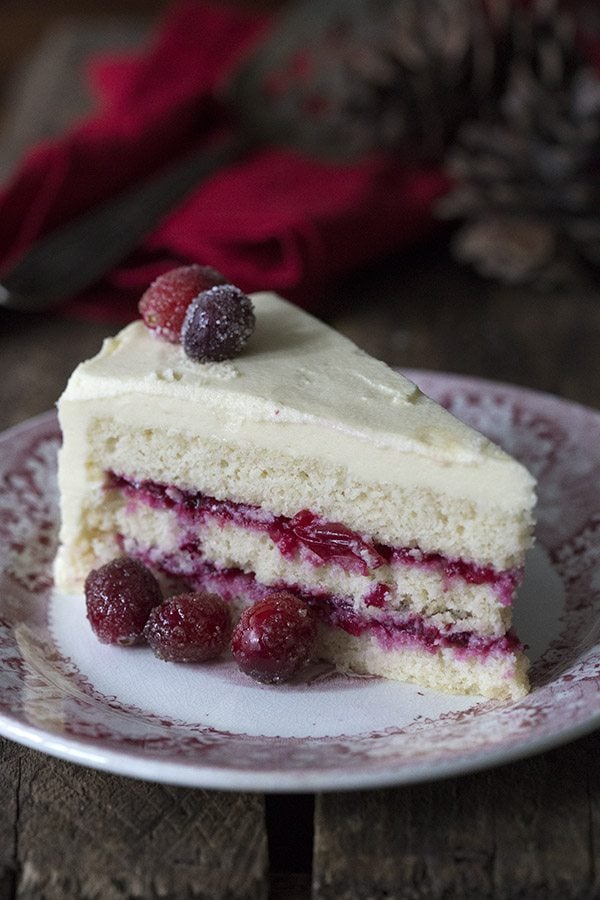 So here’s to the holiday season, be it Thanksgiving or Christmas or both. This is a showstopper of a cake and serves a crowd. Enjoy! 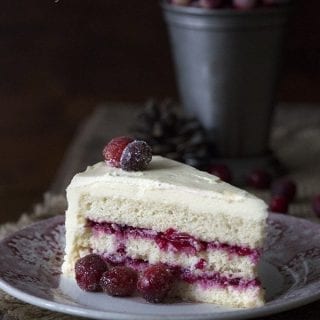 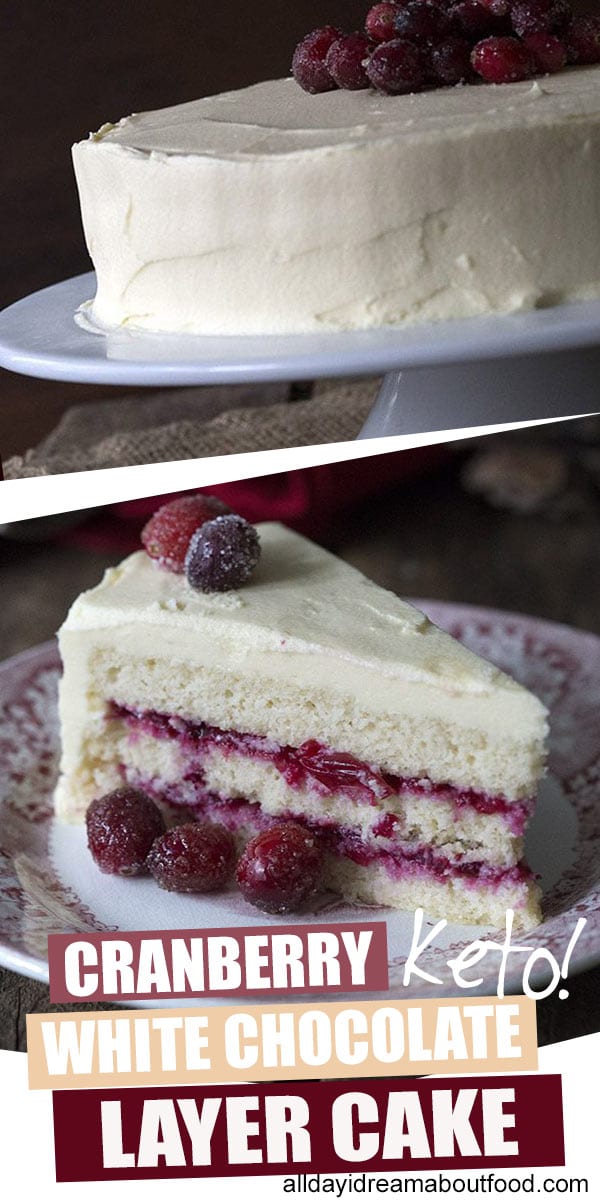