Crisp almond flour biscotti with the delicious flavors of chocolate and coffee. This low carb, grain free treat could be breakfast or dessert. You decide! 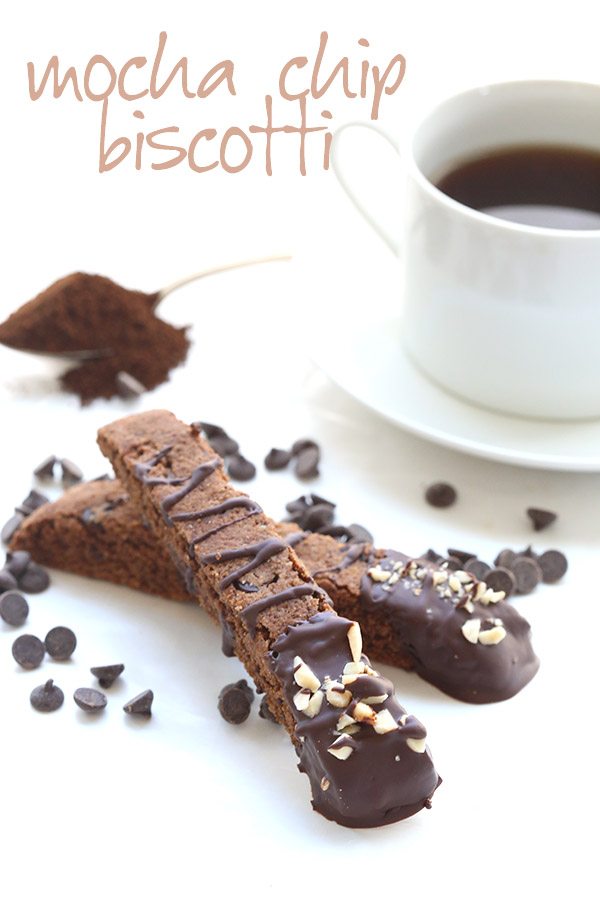 You have to hand it to the Italians; they can take seemingly any old food and make it edible. More than edible, they can turn it into a coveted dish or treat that has the rest of the world salivating at the very thought. Take biscotti, for example. Under less capable hands, biscotti would just be some dry old cookies that had been hanging around, too stale to serve to guests and destined for the rubbish bin. But the simple ingenuity of that boot-shaped Mediterranean country managed to convince the world that they were supposed to be this way, perfect for dipping into your hot coffee. Or better yet, your frothy cappuccino. They certainly managed to convince this girl. I could eat biscotti every single day. Dipped into my hot coffee. Or better yet, my frothy cappuccino. 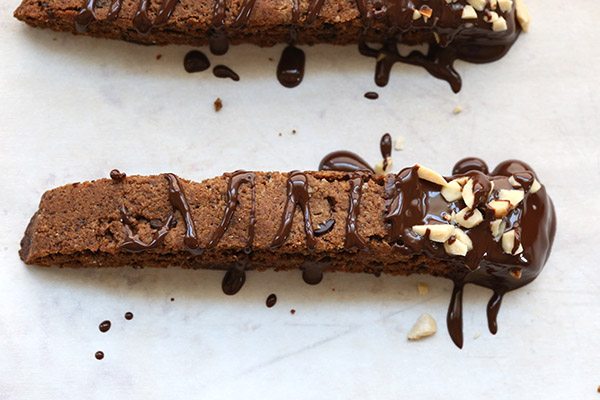 Traditional biscotti is of a rather plain sort, sometimes with almonds, sometimes with pine nuts, sometimes with a little anise. But the great thing about these dry, unassuming sliced cookies is that they lend themselves well to adaptation. Americans have wholeheartedly adopted biscotti and made them into so much more. Now they are no longer unassuming little brown cookies, but come in a stunning array of flavours and varieties. In that somewhat over-the-top American way, biscotti are getting fancy and dressed up in all sorts of trimmings. Chocolate, dried fruit, seeds, spices, extracts, the possibilities are virtually limitless. I am very guilty of this elaborate biscotti adaptation myself. I make no apologies for this. 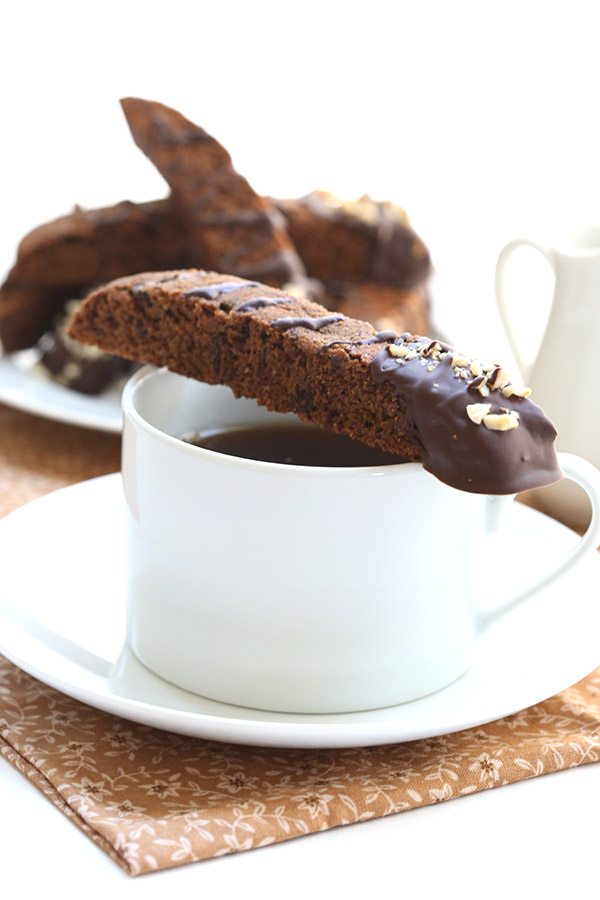 So I was craving biscotti the other day and wracking my brain for a new, fun flavour. When it refused to simply manifest itself in my head, I did what any good food blogger would do for inspiration: I hit Pinterest. Oooh, boy. Type “biscotti” in the search box on Pinterest and you will find yourself overwhelmed by the sheer volume of results. You might even find yourself paralyzed, wondering which wonderful creation to make first. That didn’t happen to me this time. This time, I zeroed in on the one I wanted almost instantly: these beautiful Mocha Chip Biscotti for Sally’s Baking Addiction. Yup, I just had to take those beauties and make them low carb and gluten-free.

Was I successful? Let’s just say that a picture is worth a thousand words. Maybe two thousand, when you’re hungry for biscotti. 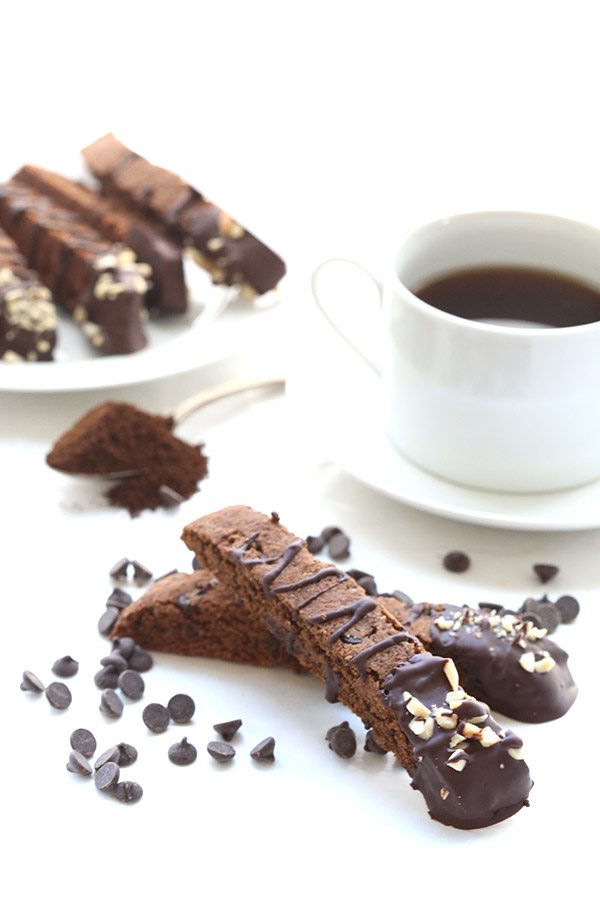 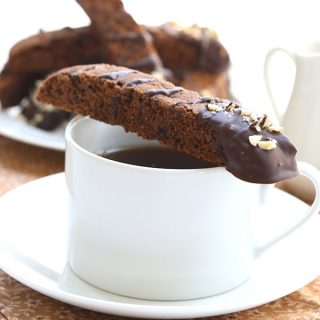