Creamy, dreamy sugar-free pina coladas on a stick! These can be made with or without rum. Dairy-free and vegan options too! 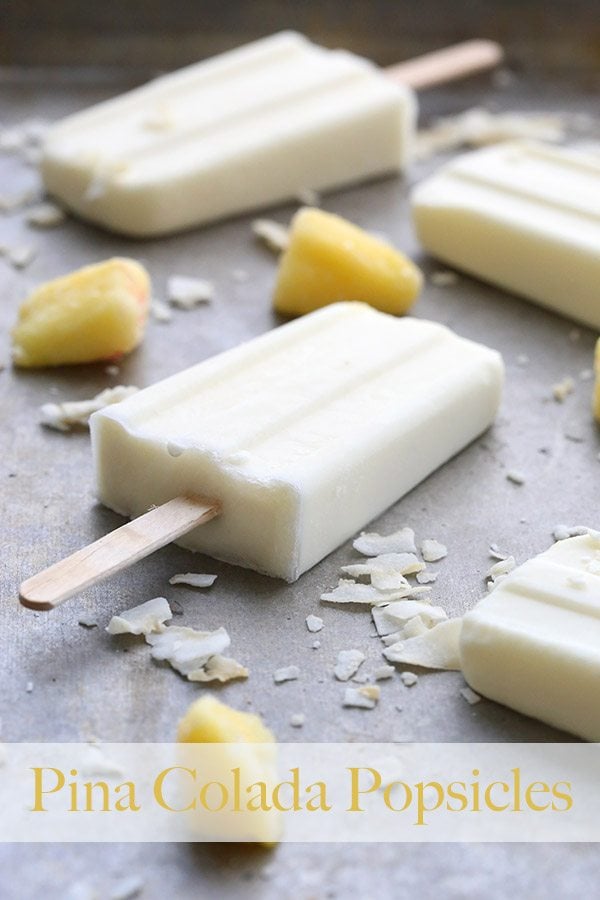 It’s going to be a long hot summer, my friends. Okay, so it’s only early May, but I know it in my heart of hearts that it’s going to be a hot, dry one here in the Pacific Northwest. In April, we started having a few stretches of 80+ degree weather, interspersed with the typical rainy chilly stuff. These stretches are coming more and more frequently now and I find it a little scary. Both in the short term, because last summer’s record temps had me begging for mercy, and in the long term because of what it says about climate change. I don’t do well in the blazing heat, I really don’t. And so I need copious amounts of ice cream and popsicles to keep me from losing my mind. 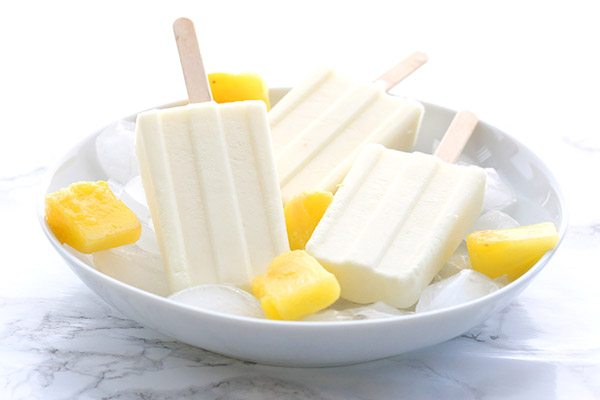 Enter my first low carb popsicle recipe of the year: a deliciously creamy pina colada on a stick. I kept the pineapple itself to a minimum to keep the carbs down. Thankfully, a little bit of frozen pineapple goes a long way to giving these popsicles their tropical flavour. I added a touch of pineapple extract but honestly, if you can’t find any, it’s not the end of the world. You will still have some of that pineapple-y flavour coming through and it really doesn’t add many carbs.

These are doubly fun because they can be made “virgin” for the kids, or you can add a little rum for frozen cocktail fun. You can also make these entirely dairy free. I used So Delicious Culinary Coconut Milk because it’s very thick and creamy but regular canned coconut milk would work as well. And the So Delicious Coconut Milk yogurt makes a great replacement for Greek yogurt (it’s even Vegan!). 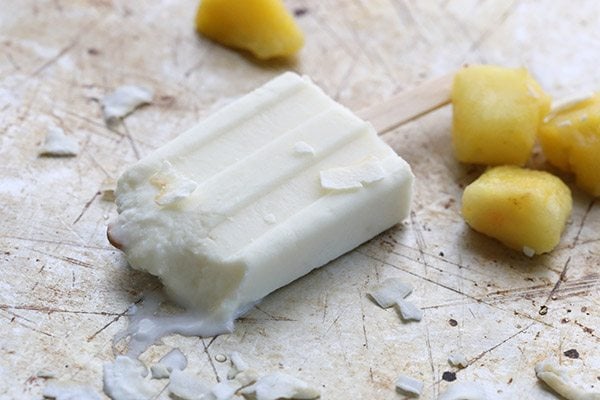 So…bring on the long hot summer. I may be whimpering from the heat, hiding in my cool basement. But at least I will have plenty of Pina Colada popsicles on hand!

Used to make this recipe: