A delicious low carb, grain-free cornbread packed with crumbled sausage and chopped jalapeños. You won’t know it’s made with coconut flour and almond meal! This post is sponsored by Bob’s Red Mill. 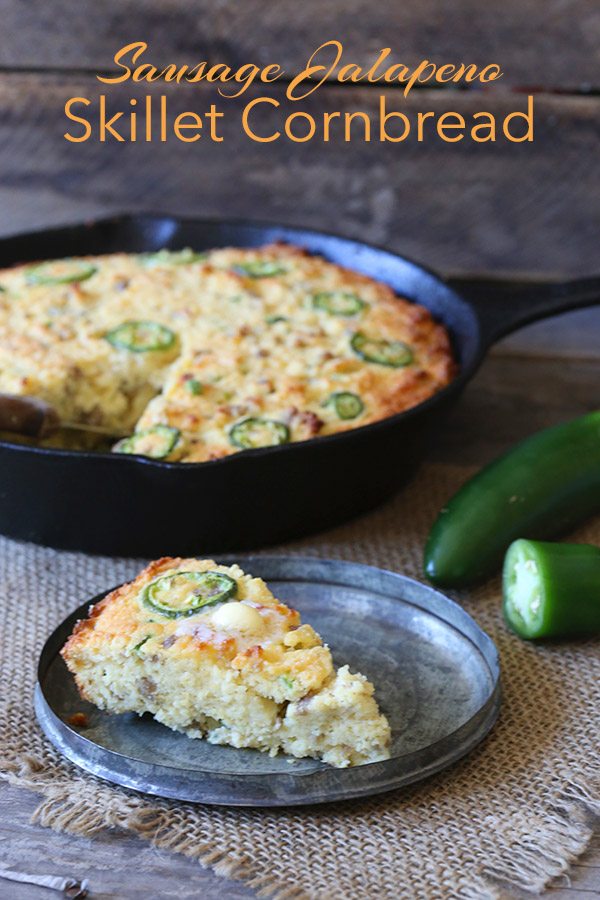 Of course this isn’t REAL cornbread, at least not in the sense that it has any actual corn in it. Because that would just be cruel, wouldn’t it? To dangle cornbread that was actually made with cornmeal in a community full of people trying to lose weight or control their blood sugars, and who may have loved real cornbread back in the day? That would be cruel and unusual punishment and I could never forgive myself. I promise I would never do that to you. 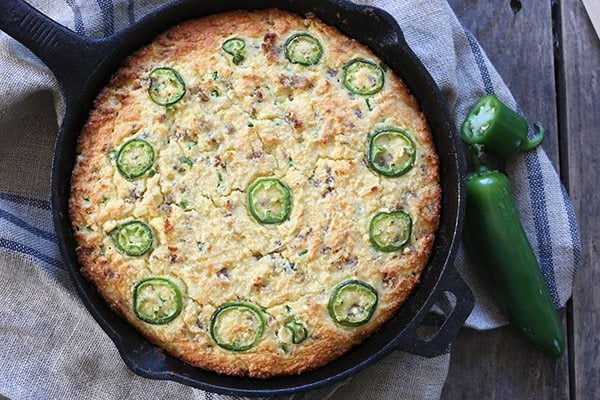 But let’s tackle the word “real” for a moment. People bandy about this word a lot these days, particularly in the healthy food community. And you have to ask yourself, what does “real” really mean? The reality is that it means very different things to very different people and there is no one good definition. The paleo people will give you a very different answer from, say, the whole grain believers. I suppose, like anything in reality, “real food” has more to do with what is real to the individual than to any clearly definable entity that we can all agree on. In my world, “real food” contains ingredients that are actually naturally-occuring. So that would, technically, include wheat and corn and sugar, even if I think these things are not actually good for you. 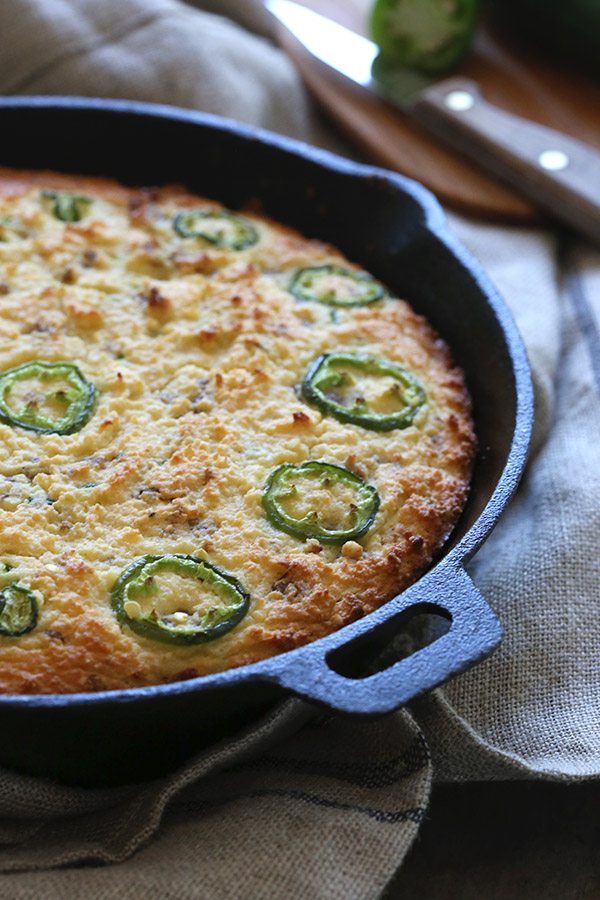 I had a recent experience on Twitter wherein Nigella Lawson and many of her followers made fun of my low carb “banana-less” banana bread recipe. It ignited a bit of a firestorm, actually, with some righteous indignation on both sides (although not on my own behalf, because I thought the whole thing was highly amusing). There was a lot of “Oh, ew, why would you do this?” and many accusations that it wasn’t REAL food. But everything in the recipe was, in fact, real: the almond flour, the chia seeds, even the natural banana flavouring. All pretty real indeed and a far sight healthier than the wheat and sugar-packed variations espoused by Nigella herself. And I would have put my bread up against any of those high carb versions for a taste test…I bet none of those unbelievers would have known it wasn’t their version of “real”. 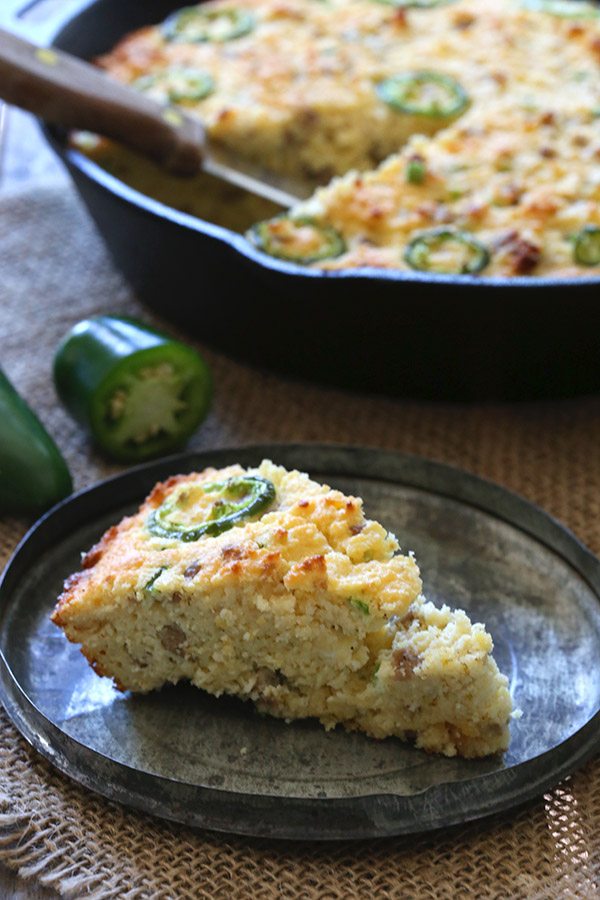 So I declare this “corn-less” cornbread very real indeed. It has REAL ingredients from Bob’s Red Mill, such as coconut flour and almond meal that give it both a similar flavour and texture to “real” cornbread. It also has real eggs, real butter, real sausage and real jalapeño for some seriously REAL flavour. It has no grains and no sugar, nothing to set off the sugar cravings and inflammation and insulin response that the “real” thing might induce. That’s a pretty great version of real, wouldn’t you say?

Many thanks to Bob’s Red Mill for sponsoring this post. My work with them helps keep the low carb dream alive! 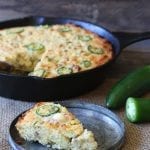