Both sweet and savoury, this low carb maple bacon shortbread will have you coming back for more! 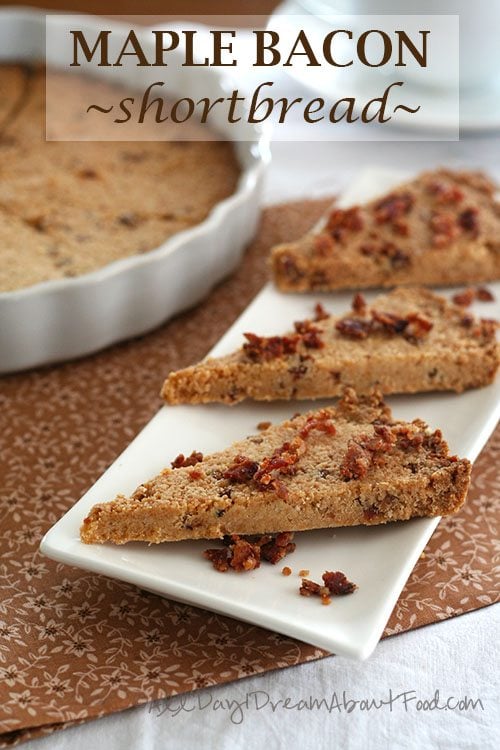 Have you noticed how bacon has become socially acceptable again? I don’t mean among the low carb set, where bacon has always been more than acceptable, but with the general public. And it’s more than just acceptable, it’s actually wildly trendy. Bacon is everywhere. Once relegated to diners and greasy breakfast joints, bacon is now found in the nicest restaurants in all manners of dishes. It’s haute cuisine and it doesn’t even need to go by fancier foreign names to hide its lowly origins. It’s on t-shirts and ecards and the front cover of cookbooks. Suddenly, it’s cool to love bacon again.

And people are experimenting with bacon in their home-cooking a little more too. It’s no longer just an accompaniment for eggs, it’s allowed to take center stage and be the star of the meal. And it’s popping up in all sorts of sweets, from cookies to candy and even to cocktails. Since I have never stopped loving bacon, even when I thought it was bad for me, this is a heartening turn of events. The bacon-love abounds and I am more than happy to ride the wave of salty, smoky, fatty goodness. 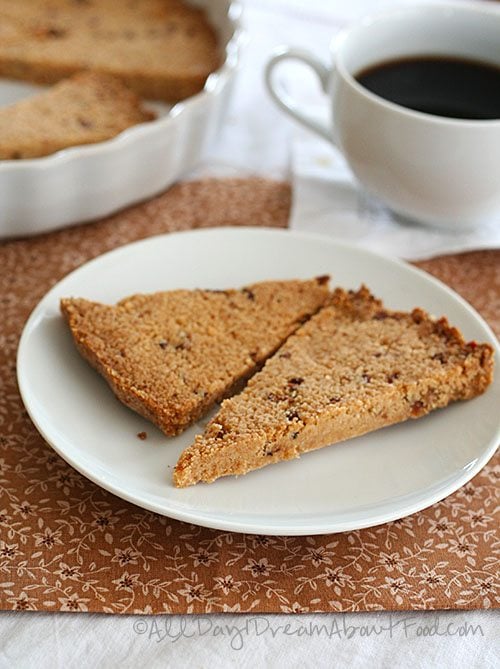 Given this growing trend, it’s not surprising that there are whole sites devoted to bacon, from blogs to online purveyors. One such site contacted me recently to ask if we could strike up a little partnership. With a name like BaconFreak.com, I had to check them out. As far as I can tell, they have every type of bacon imaginable, plus all sorts of other bacon goodies and bacon-themed novelty items as well. It’s a bacon lover’s paradise. I also got a kick out of Rocco, the owner, because he may love bacon more than anyone, and who can deny such a passion? After hearing of my husband’s accident, he offered to send my some bacon because “bacon cures” (his words!). 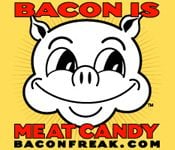 So I agreed to do a little recipe creation for them and let my readers know about their site. Given how much I love bacon, it’s surprising there aren’t more bacon recipes here on All Day I Dream About Food. I am more than happy to correct my oversight. I decided to experiment a little myself and make some sweet bacon treats. The inspiration came from my friend Carrie over at Bakeaholic Mama, who put bacon fat in the shortbread crust of her pumpkin bars. I loved the idea so much, I decided to just go for a low carb shortbread made with bacon grease and bacon bits. After all, why waste all that lovely bacon grease? 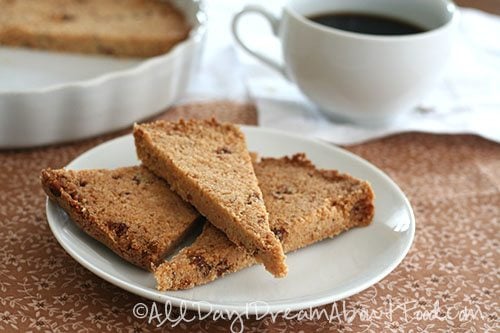 These were very good but not quite what you’d expect. My husband loved them and I did too, except I couldn’t decide whether they were a sweet or a savory shortbread. They were somewhere in between and we found that they were less like dessert and more like a little breakfast treat, so we ate them with our morning coffee. They were especially good spread with a little peanut butter (in the interest of full disclosure, I have a slight obsession with bacon and peanut butter together). If you decide you want to make these but aren’t quite ready for the full bacon-grease experience, you can substitute butter. 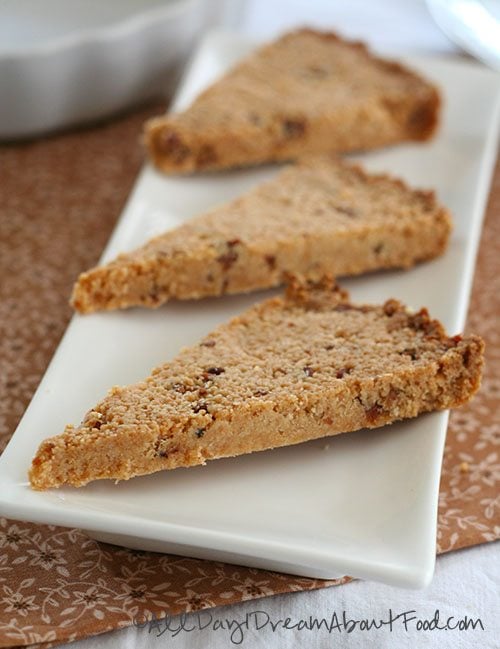 Click here to check out BaconFreak.com for all your bacon needs!

Disclosure: All Day I Dream About Food is an affiliate of BaconFreak.com. Although they did not compensate me for this post, any sales made through the links above will generate a small amount of commission.