Easy keto root beer float popsicles make a kid-friendly sugar free treat. These are so easy to make, take 4 ingredients, and the whole family loves them. And these fun popsicles have less than 1g carbs per serving. 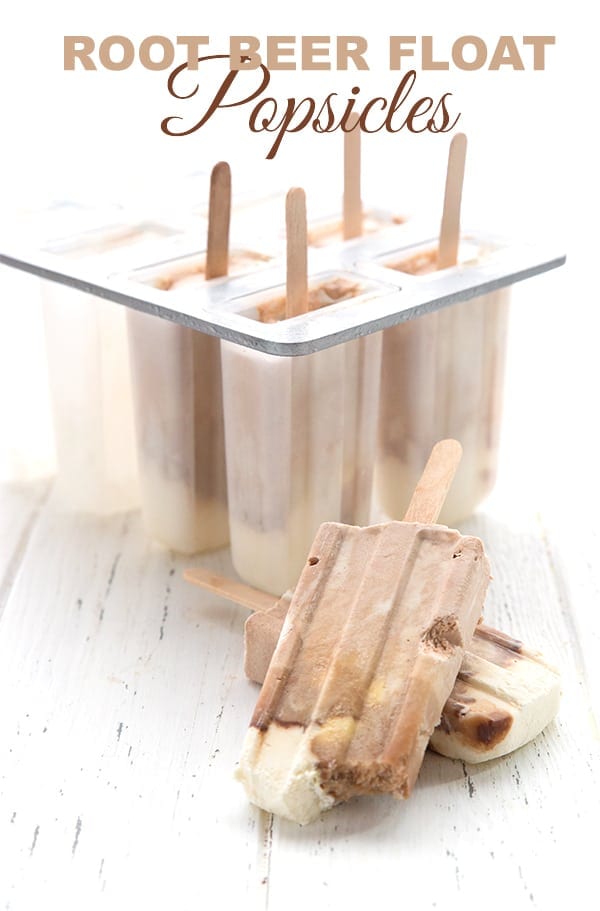 I won’t lie – these root beer float popsicles are, admittedly, my desperate attempt to hang on to summer just a little bit! Here we are, into September, and I just don’t know where all the time went. I say that every year, though. I bet you do too.

I made this easy keto pops recipe back in mid-July, when it was hot hot hot here and we needed a sugar-free way to cool off. They were so ridiculously easy to make and so fun, and the kids went wild for them and began asking for them everyday. With good keto ingredients like these, how could I say no? 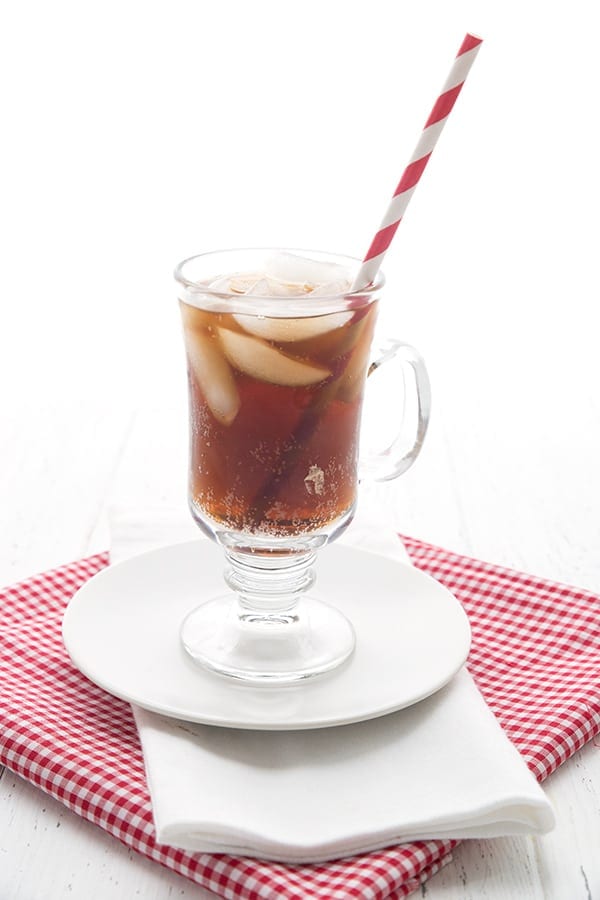 I have said it before and I will say it again right now: you must go invest in some popsicle molds as soon as you can. They are quite inexpensive and low carb popsicles are an easy way to enjoy a sweet treat now and again, without blowing your  macros. You want to know how many carbs each of these root beer float popsicles has? Less than 1. Yup, you read that right. Less than 1g total carbs per serving. And how long did they take me to make? Less than 15 minutes. Practically effortless!

One thing you need for these is a good sugar free root beer. And while there are plenty of them, I would say not all are created equal. Isn’t that always the case, when it comes to low carb and keto products?

I went with Virgil’s Zero root beer, which is tasty stuff and sweetened with stevia. It would be my ultimate choice for this recipe. But it’s not always easy to find. My local Whole Foods carries it…sometimes. I have to grab it when I can see it!

Blue Sky also makes a sugar free root beer, sweetened with erythritol and stevia. Don’t be alarmed when you see the carb count on the back, as they don’t list the sugar alcohols separately. It also does contain a little maltodextrin so use at your discretion. Zevia makes a ginger root beer but it’s colourless and clear so it doesn’t give you quite the same fun layered affect. 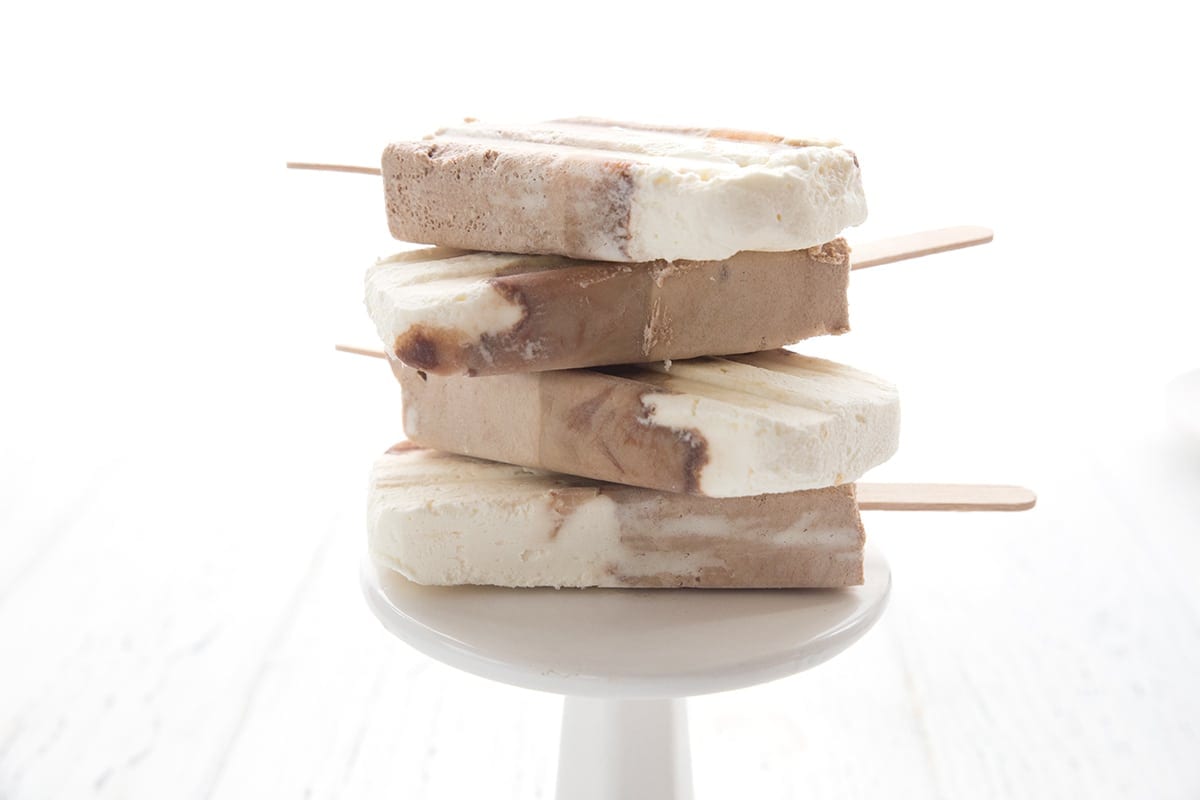 Almost all other brands use sucralose or aspartame as a sweetener, so I don’t use those. But that’s up to you.

You don’t absolutely need root beer extract for this recipe either. I added a wee bit to amp up the root beer flavor for my kids, but it could easily be left out and they would still be delicious.

Using whipped cream in place of ice cream makes these so extra simple and helps keep the carbs down.

That’s really it! 4 or 5 simple ingredients, 15 minutes to make, and less than 1g of carbs per serving. Let’s hang on to summer as long as we can! 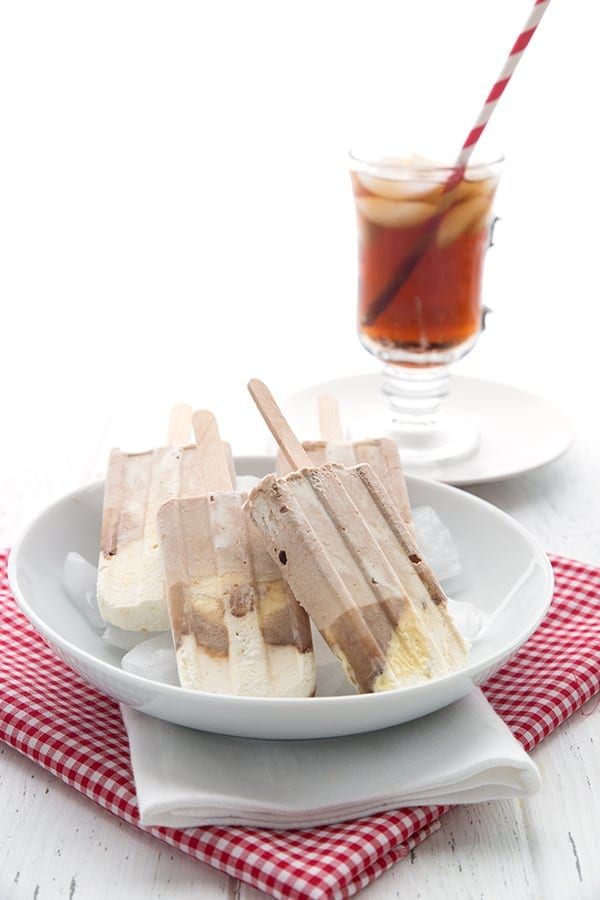 Check out all my best Keto Dessert Recipes here. 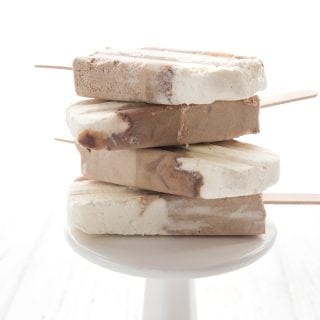