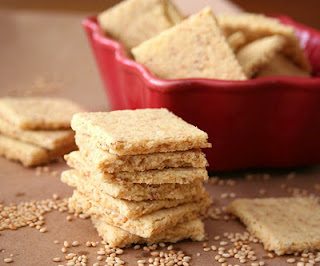 I can distinctly remember the first time I ever had sushi. Like many young people, I was at first horrified to hear of people eating raw fish, and resisted the trend mightily. It wasn’t until I moved out to Vancouver for university, where sushi-bars were much more common, that anyone could convince me to try it. And even then, I didn’t try it until my third year. A friend finally dragged me to a funny little hole-in-the-wall restaurant that served, incongruously, really good chicken wings and really good sushi. Quite inexpensively too, and we had a feast on a university student’s budget. I fell hard and fast for sushi then, and made a point of eating it whenever I could afford it.

But as much as I love the varied and interesting flavours of sushi, perhaps one of my favourite parts of the experience isn’t the sushi at all, but the wasabi. That intensely strong, pungent green condiment has quite a hold on me. I love it, and I am known to add so much of it to my sushi that it stings my nose and the top of my head. I will squirm in my seat and press the bridge of my nose, and then just do it all over again. If it makes my eyes water, so much the better. And I love almost anything flavoured with wasabi. Those little wasabi-crusted peas? Love them. Wasabi flavoured almonds? Yes, please. And crackers, I adore wasabi-flavoured crackers. Of course, traditional wheat crackers, or even rice crackers, aren’t really an option for me anymore. 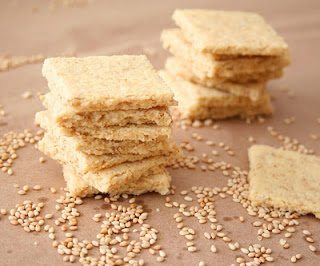 Making almond flour crackers is pretty straightforward and I’ve made a few different kinds in the past, like my Cheddar Asiago Crackers and Homemade Graham Crackers. This time, I wanted a savoury cracker with a bold flavour, and wasabi instantly sprang to mind. And I decided to pair it with another of my favourite flavours, sesame. Wasabi and sesame go so well together in sushi, I thought they’d pair very nicely in a snack cracker. I took my basic cracker recipe, added some toasted sesame seeds, and some prepared wasabi paste. I was unsure of how much wasabi to add, but I was counting on it being fairly strong so I went with a light hand.

The Results: Well, I definitely underestimated how much wasabi to use. These have great sesame flavour and I really like them as they are, but the wasabi is almost completely lost. I would say that they need at least triple the amount of wasabi paste to get the flavour to come through, and that’s how I am going to write up the recipe. If you really like the heat of wasabi, feel free to add more, I don’t think you can go wrong. 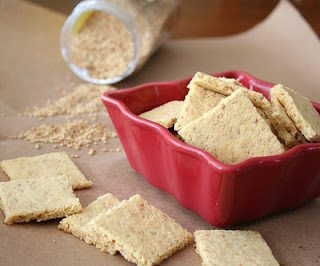 Bake one hour or until firm and edges are crispy. Turn off oven and leave crackers in oven another half hour to an hour.