The beloved classic lemon meringue pie gets a low carb, grain-free makeover. The lemon filling is both tart and sweet, and the meringue is crisp on the outside, tender in the middle. 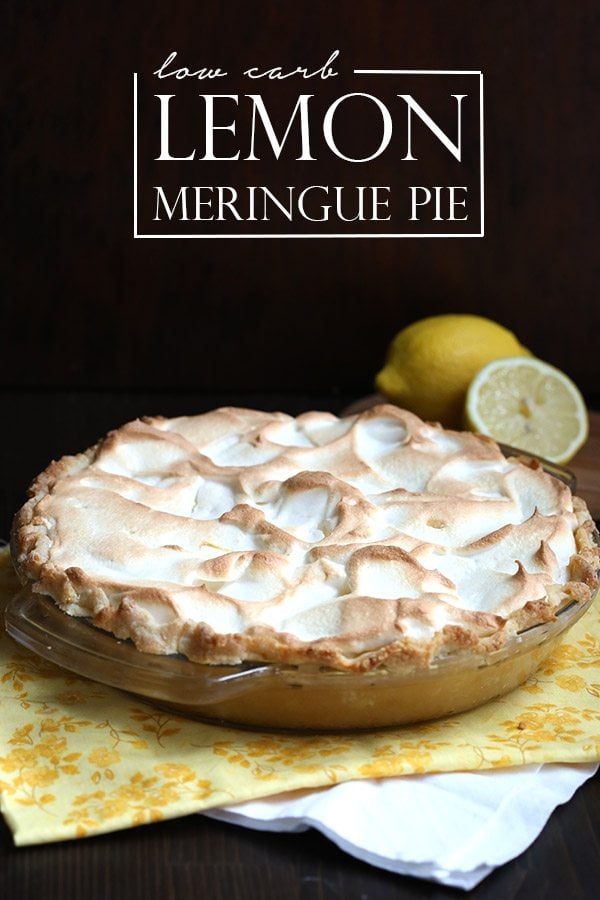 I sincerely love making over the classics to be low carb and gluten-free. The funny part is that many of these classic dishes and desserts are not things I would have bothered with back in my sugar and flour days. Some of them I simply wasn’t interested in and some of them were just a little too daunting. For others, I would have had to follow the recipe to the letter and goodness knows how I hate doing that. I can hardly make my own recipes the same way twice. But now the challenge of recreating the classics in a healthy format I can enjoy holds great appeal. Can I take an iconic dish, something that stands out in people’s minds as the food or dessert they remember from childhood, that their grandmother made every time they came over, and can I remake it without sugar or flour or grains? Can I make it more than simply palatable, more than a mere approximation of the classic they love so much? Can I not only make it, but make it really, REALLY good? 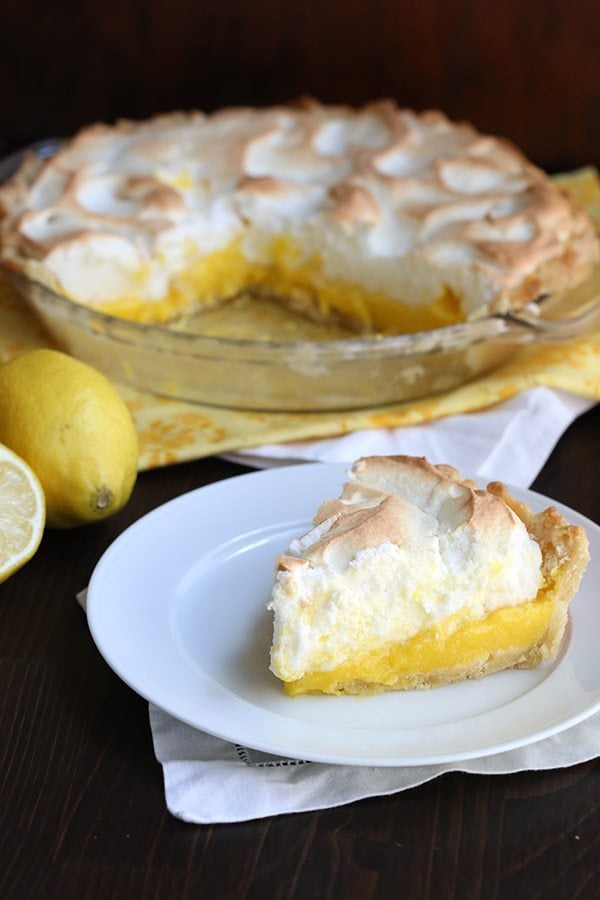 Yep, I sure can. At least in this case, I believe I conquered that challenge and conquered it admirably. Now if only I could conquer crusty Italian or French bread. Then I would be the master of the low carb universe.

Lemon meringue is honestly not one that was very significant in my childhood. Ever the chocoholic, I would forego the citrus-based desserts in favour of something darker, creamier and denser. I know I had lemon meringue pie on a number of occasions, and it was even pretty good a few times. Other times, it was an overly-sweet, soggy mess. But such is the way with any classic dessert, there are good ones and there are awful ones. 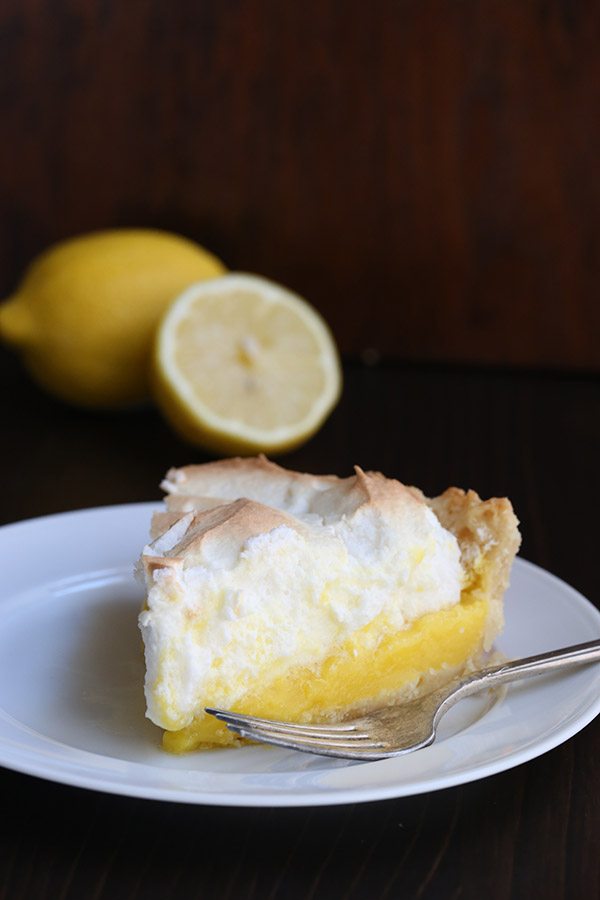 Since I already have a low carb pastry recipe that I love, my challenge with this classic lay in both the filling and in the meringue. Lemon meringue fillings are made with plenty of cornstarch to help them set properly and we know that isn’t a gonna fly for low carb. And meringue without sugar can be tricky, as it can either be overly hard and crunchy, or it can lack structure and deflate during baking. I wanted the filling to be slightly gooey but not liquid, so I decided to tackle that in two ways. First, with xanthan gum to help thicken it a little, and secondly, with a little gelatin to help it set properly. I was more worried about the meringue, thinking it might disintegrate when I tried to spread it over the warm filling. But it held up nicely and even better, it baked to that perfect soft crispness. It was crisp on the very outside but sweet and tender on the inside, and I think it was the mix of both granulated and powdered sweetener that helped.

One word to the wise: be patient. Let it chill the full 3 hours. Don’t do as I did and cut in too soon or the un-set lemon filling starts oozing out everywhere. Patience is a virtue that I don’t have enough of! 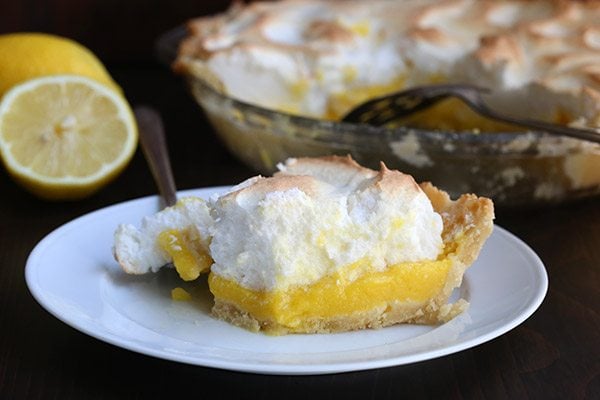 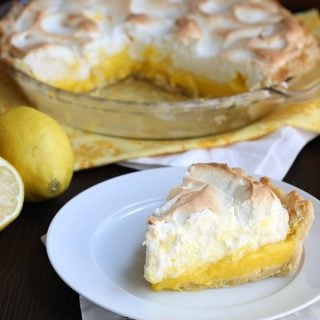 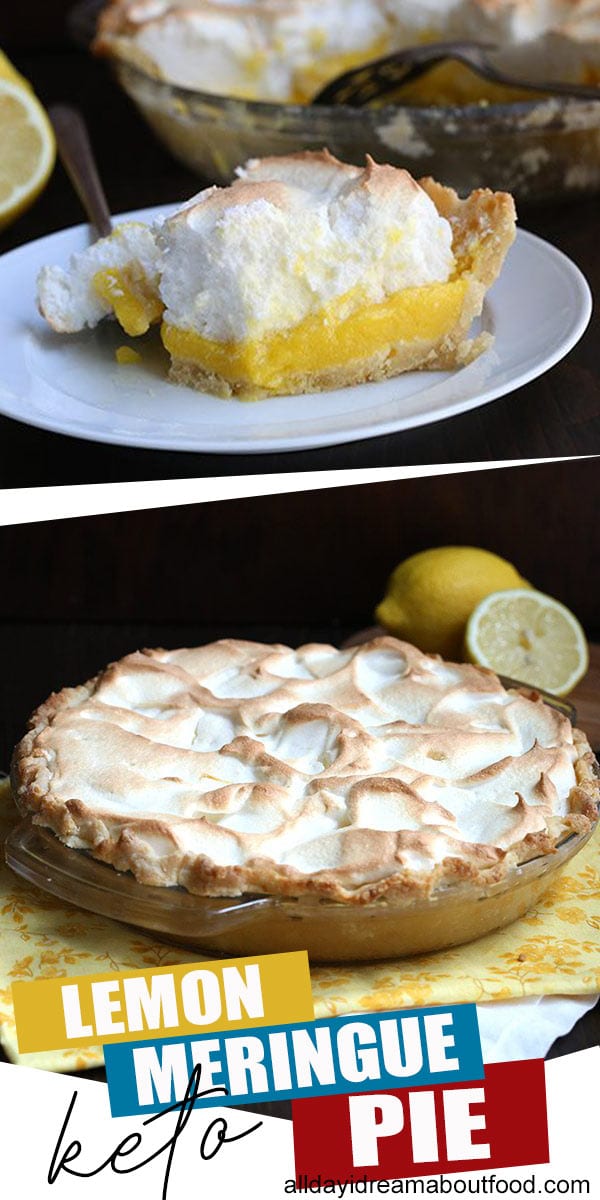