Creamy organic English cheddar and crispy bacon come together in a delicious low carb faux mac and cheese dish. Who needs noodles when you’ve got cauliflower? This post is sponsored by Kingdom Cheddar. 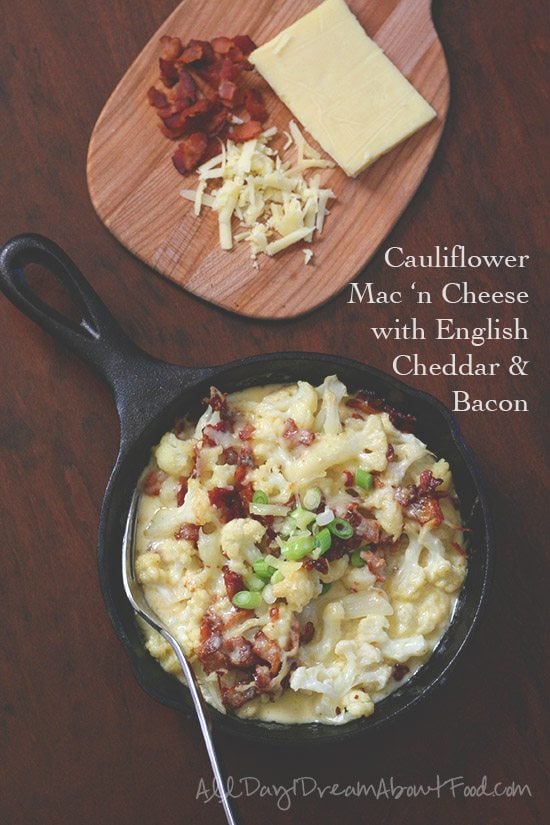 I have come to the realization that I have been sadly underestimating cheddar cheese for most of my life. Growing up, cheddar was the “basic” cheese, the cheese that we always had a big block of in the fridge but that didn’t really grab my attention in any big way. It was the cheese we put in and on everything. Cheddar was just there and I didn’t think much of it one way or another, although I liked it well enough. I thought cheddar was just cheddar, that it didn’t really have much variety apart from different brand names, but I was sorely mistaken. Over the past few years, I’ve learned a great deal about cheddar and how it varies place to place, region to region. And how the flavour profile changes with age and with the circumstances in which it was aged. It really is a remarkable cheese, with a long history and an amazing array of varieties. There’s nothing basic about cheddar.

If you’ve ever had English Cheddar, you’ll know what I mean. England is, of course, the birthplace of cheddar, and English cheddar is very distinct from the American varieties. It can be quite sharp, which I love, with a nutty finish. I am probably doing English cheddar a great disservice by lumping it all in together under one name. I am sure it has as many distinct varieties and tastes as American cheddar, but I haven’t yet had the chance to sample English cheddar to that extent. 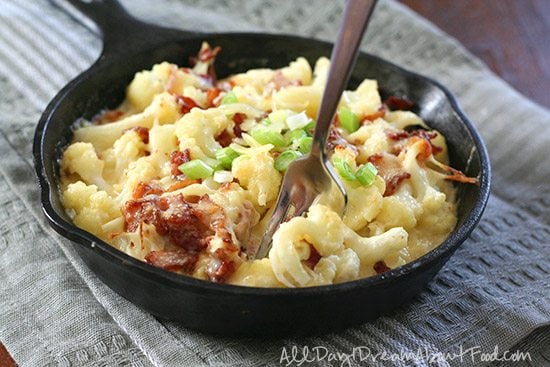 I did, however, get the opportunity to sample Kingdom Cheddar recently, a British import that is the first and only European cheese to be certified organic by the USDA. This award-winning cheese is true cheddar, in that it actually comes from the Cheddar region of England. But it can be found on this side of the pond now and if you’re a cheese fanatic, it’s a must try. My little tasting tip: try it at room temperature. Cheddar really is best when it’s not straight of the fridge. The flavours mellow and mature and it becomes a little less sharp on the tongue. Check out where to find Kingdom Cheddar here. 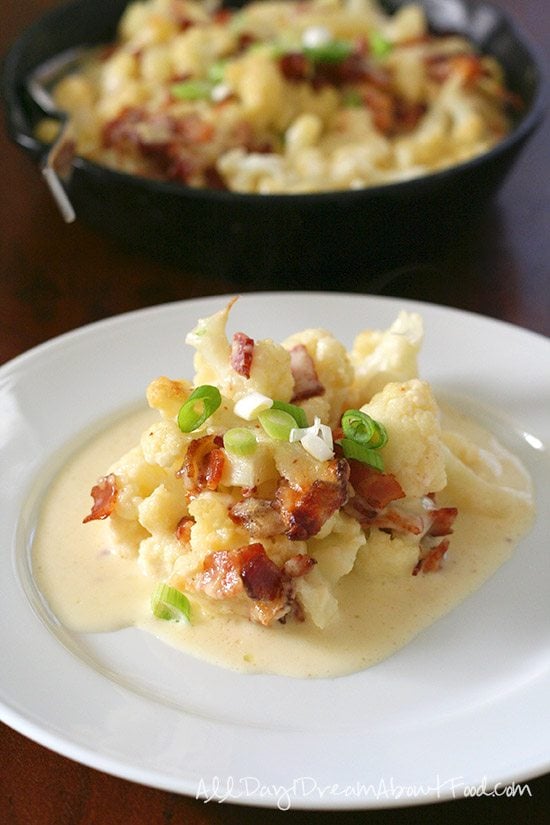 I wanted to create a recipe with this lovely cheddar that really played up the English cheddar flavour, without overpowering it. I wanted something simple and healthy and easy to make. The Kingdom cheddar is very smooth and buttery, so I knew it would melt well and be perfect in a low carb cauliflower mac and cheese. I added a little bacon for a heartier dish, and in the hopes that it would entice my kids to eat some. My middle child loved it and has already asked me to make some again, which I will happily do. This was a wonderfully satisfying veggie dish full of great English Cheddar flavour. Noodles and mild cheese need not apply. 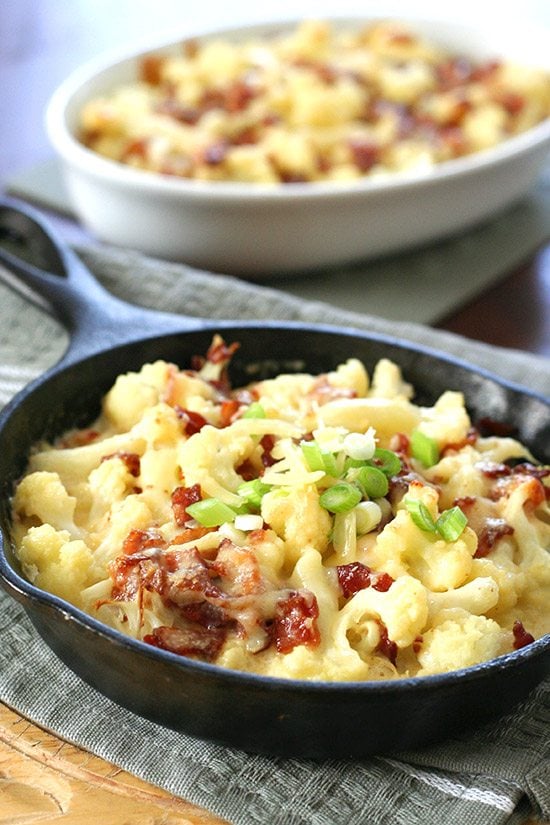 Disclosure: This post is sponsored by Kingdom Cheddar. As always, all thoughts, opinions, recipes, photography, random tangents and incoherent ramblings are my own.