Maple walnut ice cream is one of my all-time favourites. This homemade maple ice cream recipe is keto, sugar-free, and absolutely amazing. It’s no-churn and stays scoopable even after days in the freezer! And at less than 3g total carbs, you can afford to indulge in this creamy low carb treat. 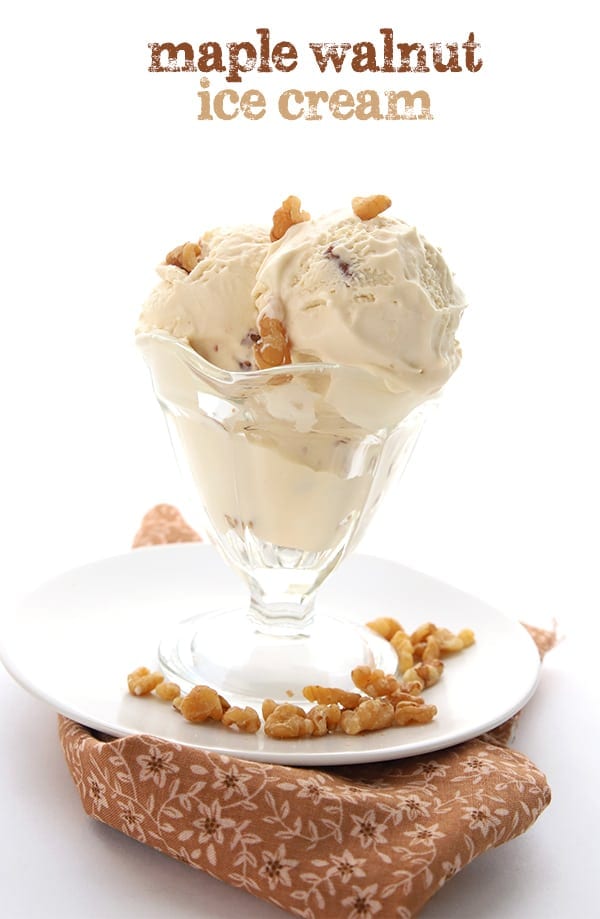 Okay, so I am usually a chocolate girl through and through. It’s a rare day that you can tempt me with anything other than chocolate. But when it comes to ice cream, I have a few other flavors I absolutely adore, and maple walnut ice cream is one of them. Maybe it’s the Canadian in me, I don’t know. But maple flavored treats have a special place in my heart. And when you taste this no churn ice cream, it’s going to have a special place in your heart too.

I feel like I’ve spent the summer perfecting my keto ice cream game. Both churned and no-churn recipes. And I feel like I have found the secret to perfectly scoopable sugar-free ice cream. Here’s the deal:

You have to use two different sweeteners – you can’t just use erythritol. You can use some erythritol sweetener, like Swerve, but you have to also use another sweetener that helps keep the ice cream soft. Such as Bocha Sweet. I hear that xylitol can do the same as well. And allulose may have the same affect too, although I haven’t tried it. 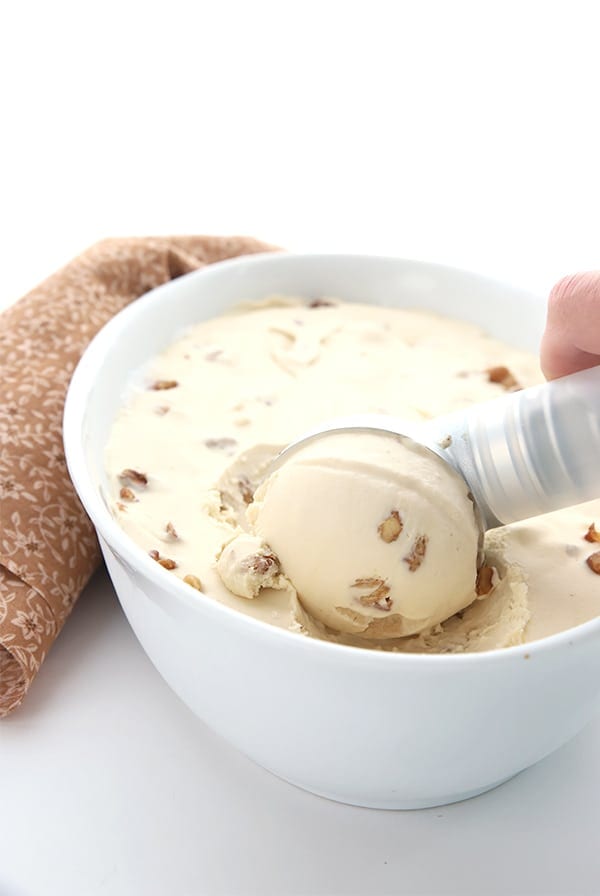 I know some people won’t be happy to hear this because Bocha Sweet isn’t cheap. But it’s worth it, believe me. You know I am a huge fan of Swerve, which is an erythritol based sweetener. But erythritol and ice cream are not a great match, as the ice cream freezes rock hard once it’s been in the freezer longer than a few hours. Using some Bocha Sweet makes a huge difference, but you don’t actually want to use it full strength. Using only Bocha Sweet results in keto ice cream that is TOO soft and goopy – it stays like soft serve the whole time. That’s why the mix of the two sweeteners works so well.

I’ve found that using half Swerve and half Bocha Sweet results in ice cream that stays perfectly soft in the freezer.Check out this video as proof. This was after a full 24 hours in the freezer…and it stayed that way for the whole week until we finished it up.

For a no-churn ice cream like this, you want a thickened cream base. I basically used my sugar-free condensed milk recipe, except that I replaced the vanilla extract with maple extract. And since maple walnut ice cream typically has a darker appearance than vanilla, I used Swerve Brown for one half of the sweetener. If you can’t get Swerve Brown, you can also do regular Swerve with 1 teaspoon of molasses. The other half of the sweetener was Bocha Sweet. 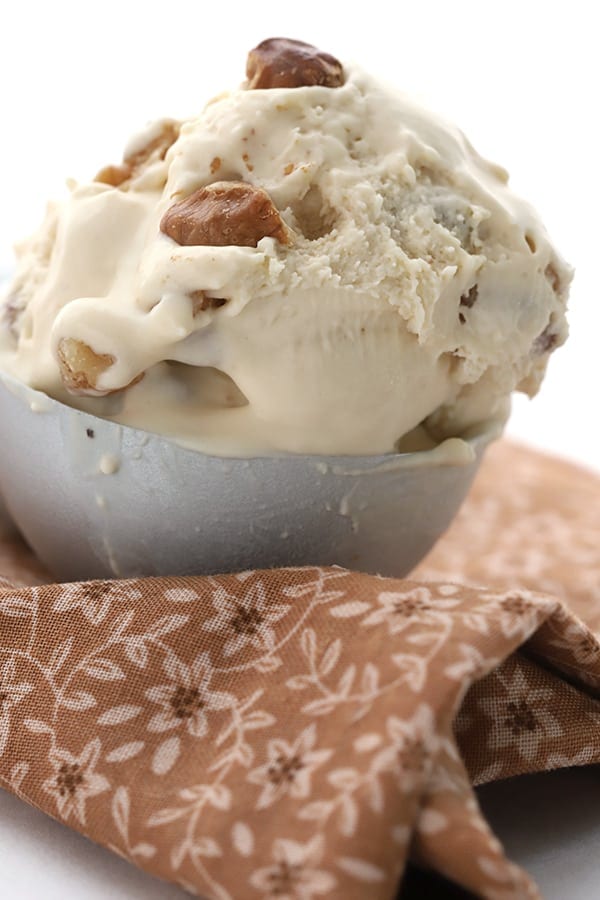 Once the condensed milk was done, I let it cool and refrigerated it for a few hours. Then I whipped up some more cream, folded the two together, and stirred in some chopped walnuts. Don’t toast the walnuts for this ice cream, as they can get kind of bitter. You could replace the walnuts with pecans, or you could skip them altogether.

Then I simply spread the mixture in an ceramic dish and placed it in the freezer. No churn ice cream takes a long time to freeze so I left it there overnight. And the next day, it was soft and scoopable, straight out of the freezer! It’s some of the best low carb ice cream I have ever made. 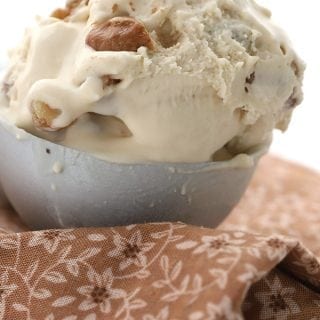