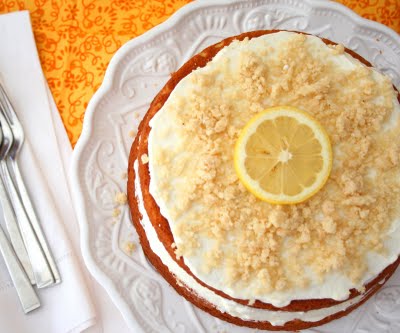 As the first order of business today, I would like to officially open this blog to reader-requested recipes. My first two experiences have been extremely favourable and I love taking on new challenges. If you have a beloved high-carb recipe that you want to see made over into a low carb treat, let me know and I will give it my best shot. Now, I do have to impose the caveat that the requests be reasonable. Although I believe I have gotten very good at this, I can’t perform miracles. So don’t ask me to suddenly make apples or bananas low carb so you can munch on them whenever you wish. And although I’ve made some lovely cookies, I haven’t yet managed a low carb, gluten free cookie that has both the chewiness and crispiness that can be achieved with sugar and flour. If I ever do manage that one, I won’t be telling you about it…I will be too busy marketing it and making myself a few cool million. 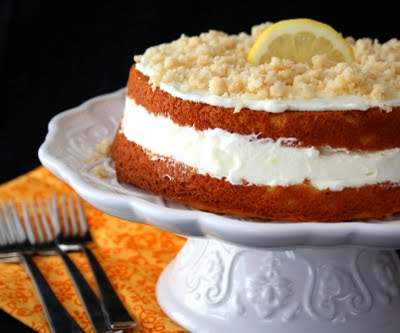 So, this lovely creation was at the request of Diane, who posted it as a comment to my Cashew Turtle Ice Cream Pie. I need to thank Diane for this because without her, this cake would have escaped my notice entirely. It seems to be a well-loved cake from the Olive Garden that they no longer make. At least, a Google search indicates that it is no longer on their menu. I haven’t been to The Olive Garden since I was a teenager and I don’t even know where there is one in my area. But even if I was a regular attendee, this cake may never have been on my radar. I was always the sort to go in for the gooey, chocolate brownie topped with ice cream or the death-by-chocolate cake. Lemon cake? Sure, it’s pretty and all, and it might taste good in a pinch, but why bother having dessert if you aren’t going to have chocolate? 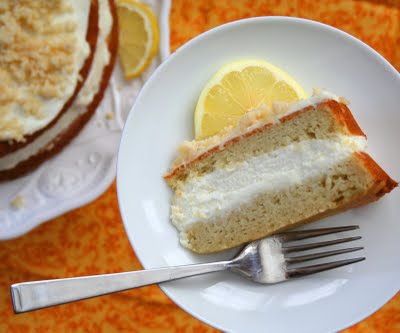 At least, that used to be my motto. But the original Olive Garden Lemon Cream Cake appears to have something of a cult following. There are quite a few copy-cat recipes and everyone seems to get pretty excited about them. Diane linked me to a recipe from Eat Cake For Dinner (a most excellent blog name, I must say!) that I used as my base to create this low carb version. A quick glance told me that it was a perfect candidate for a low carb makeover. Two layers of white cake filled with a cream cheese-based lemon cream – as long as I could get the cake part right, the rest would fall into place pretty easily. 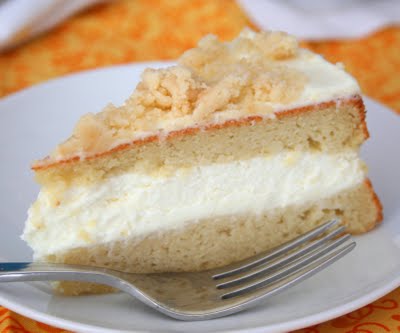 Now, I do have to confess that I wimped out a little in the end. I didn’t cheat or take any weird shortcuts, but I scaled back the whole size of the cake. It was only after I baked two full cake layers that I realized just how big the cake was going to be. We were having company, but they were from out of town and couldn’t take any leftovers with them, and I found the sheer size of the cake a little overwhelming. I didn’t want to be eating lemon cake for days on end, mostly because I have too many other recipes I want to make! Several other copy-cat recipes showed somewhat smaller versions, so I ended up freezing one whole cake layer, and simply cutting the other one in half, horizontally. I scaled back the cream center to about 3/4 of the original recipe as well. And like the author of Eat Cake For Dinner, I found the raw crumb topping a little disconcerting. She ended up baking hers into the top layer of her cake. I just cut back on the amount I made and sprinkled it across the top. I did take the liberty of adding lemon zest to the cream filling, instead of just lemon juice, as I find that it’s the zest that really brings out the lemony flavour. 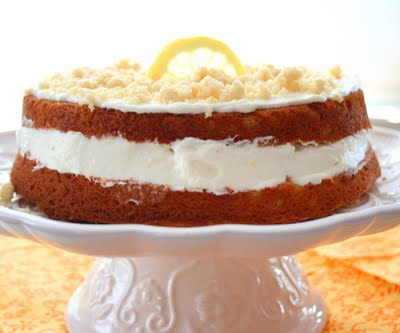 The Results: Do keep in mind that I have never tasted the original but this got rave reviews from everybody. The lemon cream filling was heavenly. It was light in texture but rich in flavour, with the lemon coming through perfectly. And I was very pleased with my almond flour white cake. Moist and with a relatively fine crumb, which is not an easy feat in low carb and gluten free baking. The crumb topping, although pretty, doesn’t necessarily add much to the flavour of the final product. I daresay this was a success, but I do hope Diane will do me the favour of making it herself and letting me know what she thinks.

If you really were a fan of the original Olive Garden Lemon Cream Cake and you wanted to make yours a little larger than I did mine, I wouldn’t go wild and double the recipe. I really think you would end up with simply too much cake. My thoughts on proportions are as follows: increase the actual cake part by fifty percent and bake them in two 8 or 9-inch cake pans. Increase the filling by twenty-five percent to get about the same amount in the original copy-cat recipe. The crumb topping is up to you. 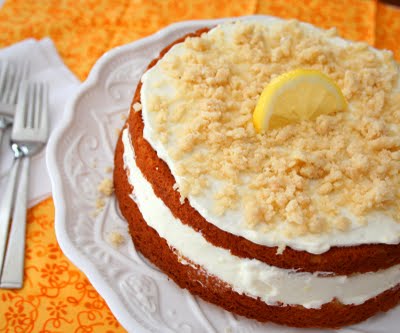 For the cake, preheat the oven to 350F and grease an 8-inch round cake pan.

In a medium bowl, whisk together the almond flour, erythritol, xanthan gum, protein powder, baking powder, baking soda and salt, breaking up any clumps with the back of a fork. Set aside.

Spread batter in prepared pan and bake 35 to 40 minutes or until edges are golden brown and a tester inserted in the center comes out clean. Cool in the pan 10 minutes and then flip out onto a wire rack to cool completely. When cake is completely cool, cut in half horizontally with a serrated knife.

Spread all but 1/2 a cup of filling onto one half of cake, then gently top with the other half of the cake. Spread remaining filling over the top of assembled cake.

For the crumb mixture, combine almond flour, powdered erythritol and vanilla in a small bowl. With a pastry cutter or two knives, cut in butter until mixture resembles crumbs. Sprinkle over the top of the cake and refrigerate for at least 2 hours before serving.

*Please note that I have decided to no longer factor erythritol into my carb counts as I have test it on myself time and time again and it has absolutely no effect on my blood sugar.