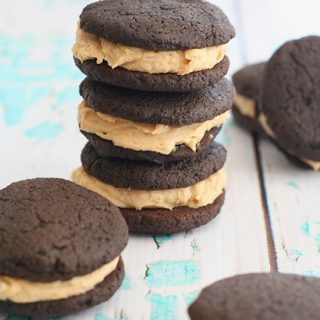 Is there anything better than chocolate and peanut butter together? I think not. These whoopie pies are big on chocolate flavor with a delicious creamy peanut butter filling. The ultimate indulgence that is also sugar-free and gluten-free
Print Pin Rate
Course: Dessert
Prep Time: 30 minutes
Cook Time: 15 minutes
Servings: 16 whoopie pies
Calories: 325kcal