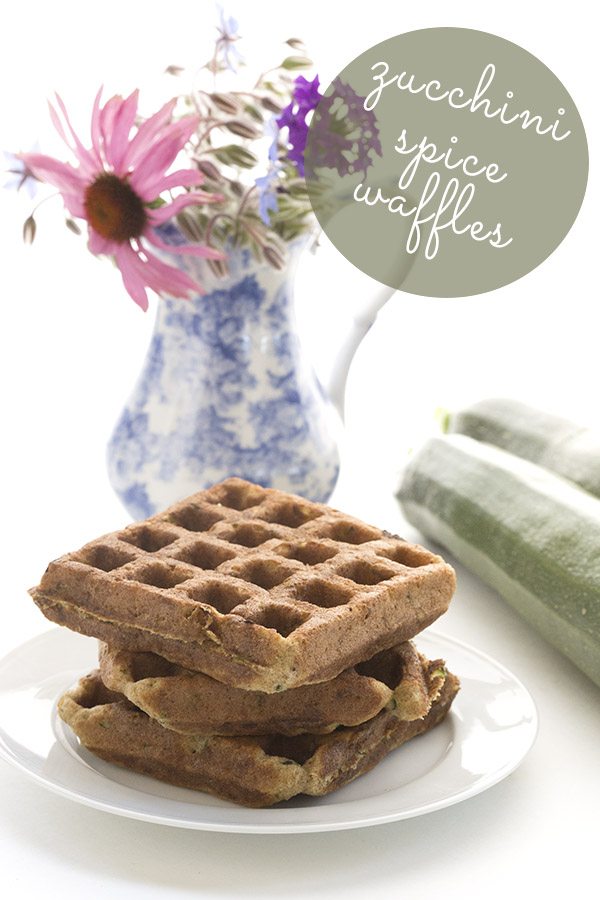 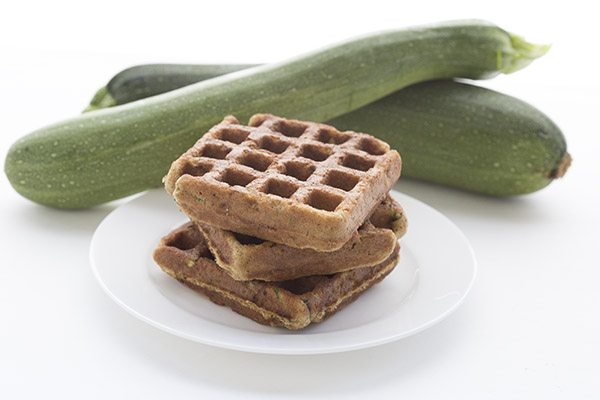 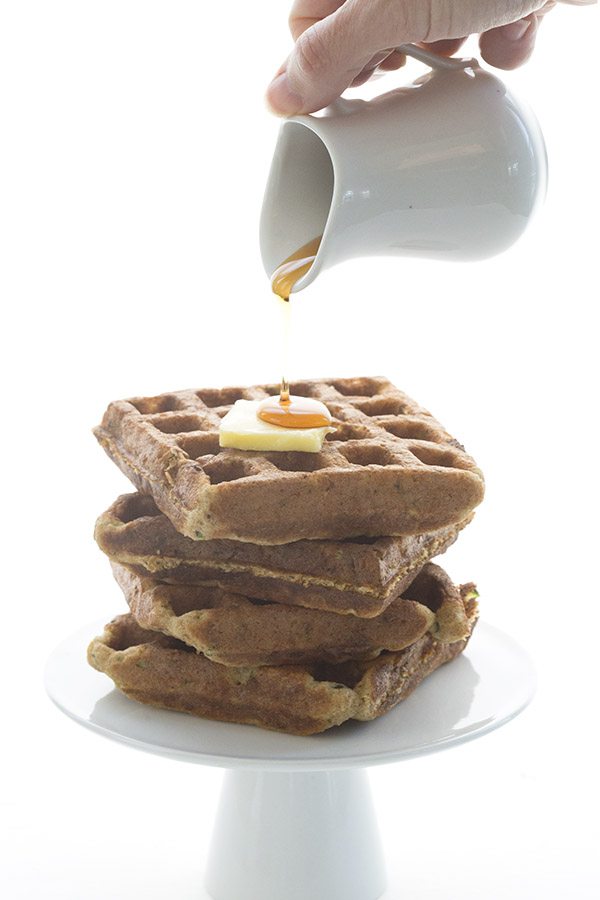 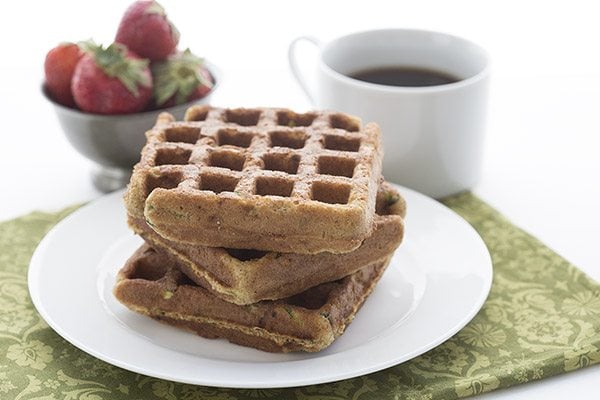 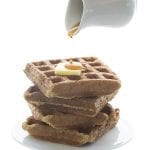 These delicious low carb waffles are a great way to use up some of that summer zucchini. Grain-free, dairy-free, and freezable. Kids love them! 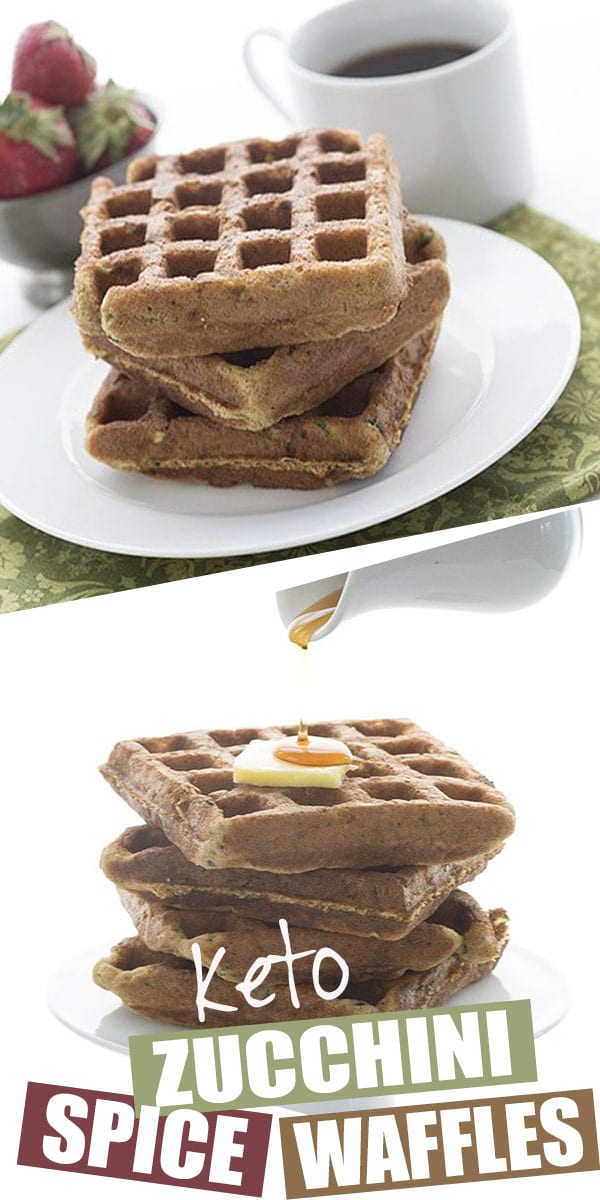