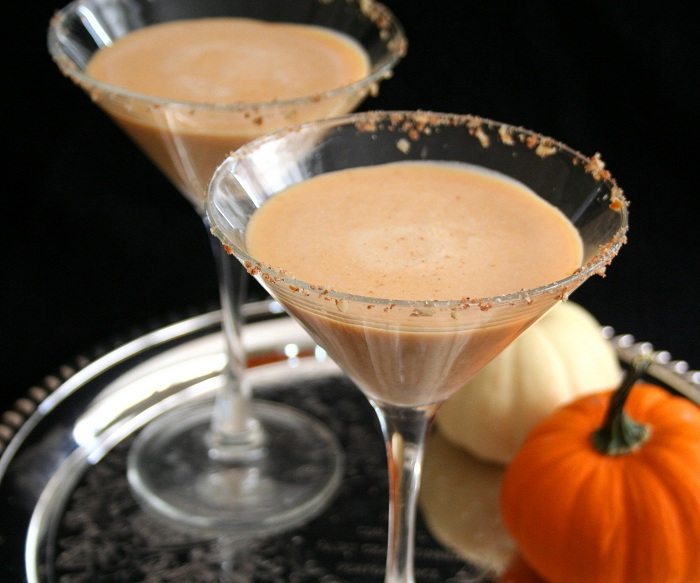 I’m really not a very conscientious food blogger.  If I was, I would have created an elaborate Thanksgiving  menu earlier in the month and been leading by example, posting the recipes for my dear readers to peruse in advance of their own holiday feast.  As it stands, however, I have given little thought to what my own Thanksgiving menu is going to be and I haven’t bought a darn thing that might be considered a Thanksgiving ingredient.  I apologize profusely, but the truth is that we are going to have a very quiet Thanksgiving, just us and the kids.  Likely we will just do a turkey breast, with a little low carb stuffing  made with my Cheesy Skillet Bread, some vegetables and dessert.  As crazy as it sounds, I don’t even know what dessert will be yet!  But I do know that I will be making another round of these Pumpkin Pie Martinis.  Because they are seriously good.  And they really do taste like pumpkin pie.  Maybe I should just skip dessert and drink a few of these instead.

I’m never really going to be one of those bloggers who plans way ahead for each holiday.  I am sorry, I wish I was, but what you see here are the recipes I feel like making, when I feel like making them.  Once I’ve been at this for a few more years, I will have a nice little backlog of recipes for every holiday and can put together fantastic lists of suggested menus.  But until then, you’re stuck with my fly-by-the-seat-of-my-pants ways.  Perhaps the only exception to this is Christmas baking.  I love Christmas cookies, and I love making a huge amount of different kinds and having quite an array of them to nibble at on Christmas Eve.  And I have some wonderful ideas for low carb holiday cookies this year, so I will be getting a jump on things.  I am making my first batch this weekend, although I doubt they will still be around to be enjoyed on Christmas.  Still, I will post the recipe for you to make them in advance of the holiday. 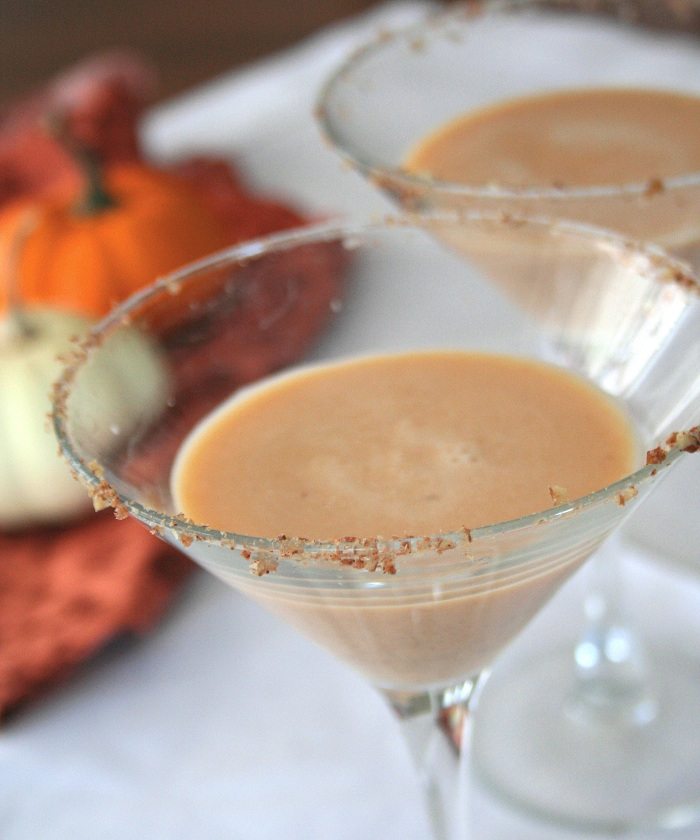 These Pumpkin Pie Martinis were one of my spur-of-the-moment creations.  I was doing some recipe research online, and I don’t even remember what I was looking up, but it certainly was not a cocktail.  But a version of these came across my computer and I took one look and knew I had to make a low carb version.  The original used sweetened pumpkin pie filling, vanilla vodka and white creme de cacao, as well as crushed graham crackers for the rim.  I went with pumpkin puree and added the spices in myself, plus a little sweetener.  I replaced the creme de cacao (a sugary liqueur) with dark rum, to mimic the brown sugar taste of pumpkin pie.  And for the rim, I ground up some pecans (almonds would be good too) and tossed it with a little erythritol and cinnamon.  They were delicious and they really did taste like pumpkin pie.  With a kick! 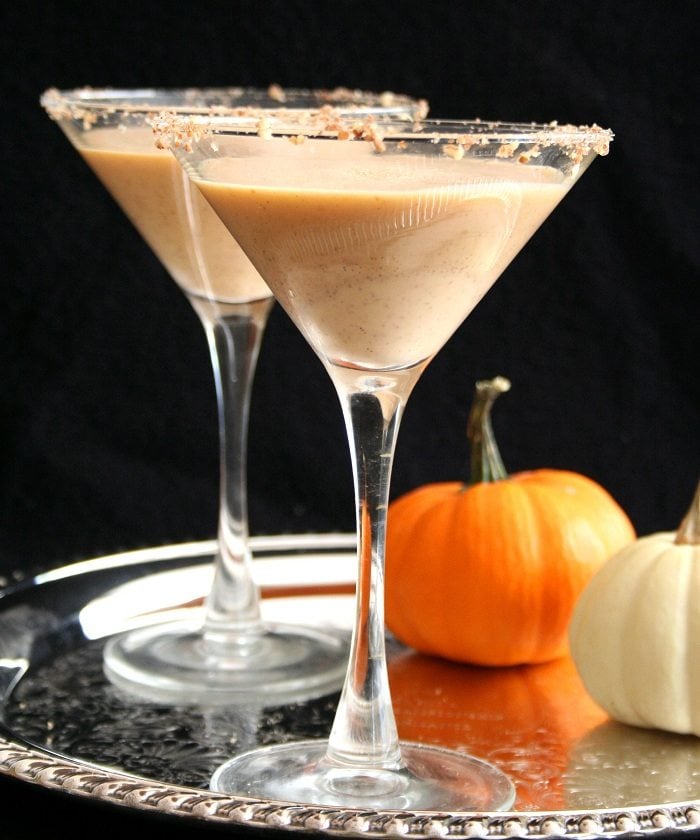