Delicious low carb pumpkin spice cake cooked in a slow cooker. Made with pecan meal for a wonderful fall treat. 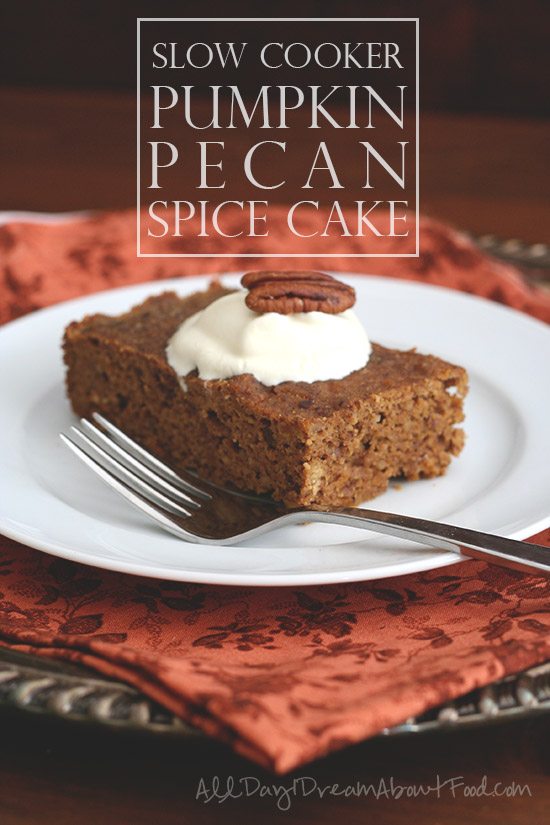 Even while it was still mid-August, I was scheming on this one. Actually, I believe I began thinking about almost from the moment I tasted my slow cooker chocolate cake. I just knew that this way of cooking cake had some serious possibilities and I’d better make the most of it. There’s just something about the way the slow cooker holds in moisture while gently heating everything through. You would think that the moisture content would overwhelm and you’d end up with a goopy mess but you don’t. Somehow I got the proportions right with the chocolate cake and I was determined to see if I could do it again with something like pumpkin. Since pumpkin contains moisture itself, I had to consider how to adjust the other ingredients. 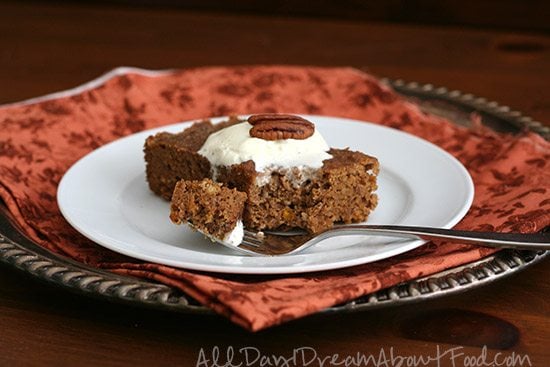 One reader who tried the chocolate cake said that she messed it up twice and left her slow cooker on too long and it still turned out well. It would appear to be a very forgiving recipe, as long as you have a decent slow cooker. I was fortunate enough to receive a Hamilton Beach Set & Forget 6 Quart Programmable Slow Cooker recently to review and it has been a dream to work with. And in a few days, I am delighted to say that I will be hosting a giveaway for this same slow cooker for my readers. I was asked to contribute a recipe for a slow cooker cookbook in benefit of The Second Harvest Food Bank and Hamilton Beach kindly signed on as one of our sponsors. I will be giving away a few copies of that gorgeous book as well, so stay tuned.

I will say that this slow cooker pumpkin cake recipe is as good as I hoped it would be, but I can’t quite decide if it’s cake or if it’s bread. It could be either, really, depending on how you treat it after it’s baked. A dollop of lightly sweetened whipped cream and you’ve got yourself a lovely low carb pumpkin dessert. But warm it up and spread a pat of butter on it in the morning and you’ve got yourself a wonderful fall breakfast. Either way, it’s delicious and you know there will be other low carb slow cooker recipes coming! 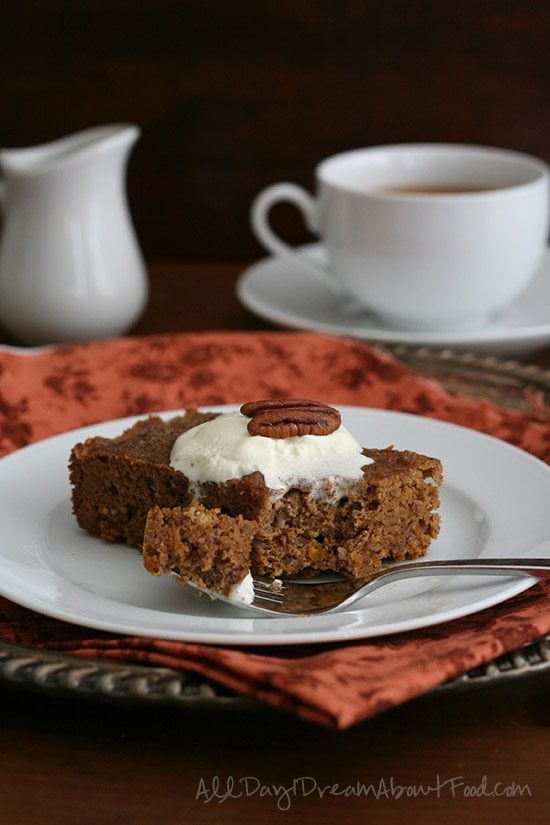 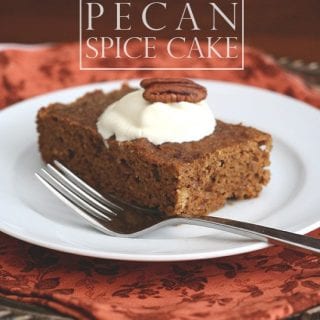 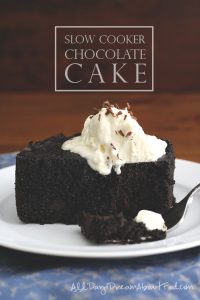 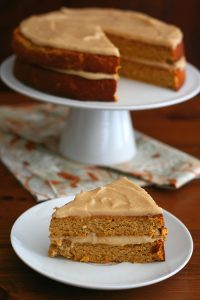 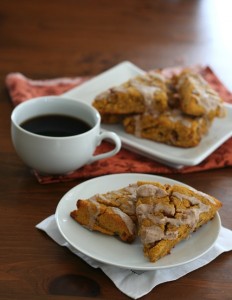