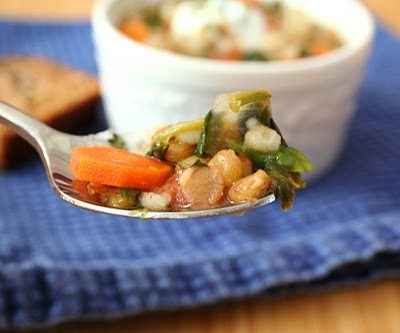 Is my blog looking a little fat to you? I think maybe it’s had a little too much chocolate lately, and is starting to look paunchy around the middle. Maybe it needs a cleanse, one of those detox diets. Or maybe it needs to give up chocolate for Lent. Except that I am pretty certain my blog is not Catholic. And I am very certain that it would fail miserably at such an endeavor. Forty days without chocolate? Impossible. But it is willing to forego the sweets for a day or two in order to bring you this lovely vegetarian stew, filled with all sorts of healthy things and not one little bit of chocolate. Winter still has a pretty firm grip on us here in New England, and this makes a hearty but healthy meal. And it also contains a sizeable dose of one of my favourite spices – cumin. 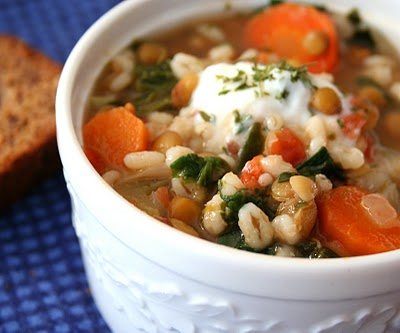 I fell in love with cumin back in university, after coming across a recipe for cumin lentil soup. It sounded easy to make, and the ingredients were cheap, both pre-requisites for all food in my student days. That soup became a standard for me and I made buckets of it all through undergrad and grad school and well into the first years of my marriage. And I always put in more cumin than the recipe called for. I’ve long since lost that recipe but it’s not a hard soup to recreate, and it’s a good one for playing around with and changing things up.

One thing that I always loved about that soup was that if you let it sit for long enough, it became more like stew as the lentils soaked up the broth. This time, I decided to play up that quality deliberately. The original recipe called for potatoes, but I also have a soft spot for barley soup and decided to marry the two together into a thick, hearty, vegetarian stew. With extra cumin, naturally. 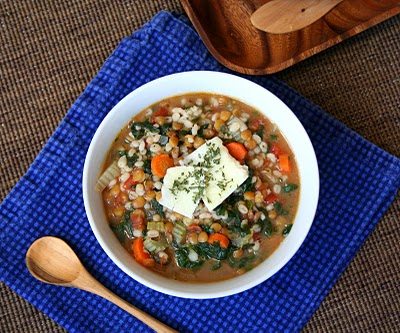 This is by no means a low carb meal, as both lentils and barley have a lot of carbs. But they also have a lot of fiber and there is little question that this soup is healthy with a capital H. It was a welcome break in my house after several meals based around meat, and every single person gobbled up their bowl happily. Including my picky, picky baby! I rounded out my meal with some salad and a piece of almond meal bread and was happy to find that my blood sugars were in target range afterwards. This recipe is a keeper, especially if you are still experiencing some chilly weather as we are. 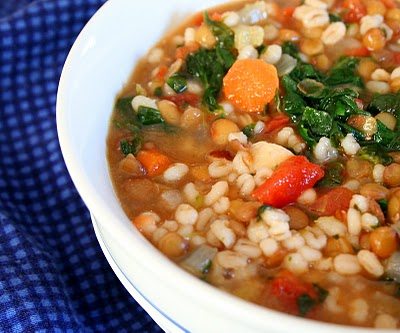 Heat oil over medium heat in a large stockpot until shimmering. Add onion, carrots, celery and salt and cook until tender, about 7 minutes. Add garlic, cumin and coriander and stir until fragrant, about 30 seconds.

Season with salt and pepper.